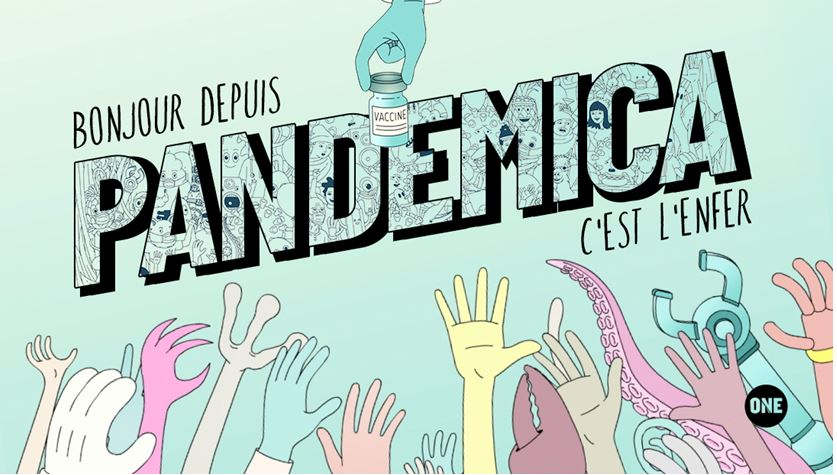 ONE, the NGO fighting extreme poverty and preventable disease, has enlisted artists from around the world to play the characters in Pandemica, an animated mini-series that exposes inequities in access to Covid-19 vaccines.

The numbers show that the quickest way to end the pandemic is to ensure that everyone has fair access to the vaccine at an affordable price. Yet wealthy countries continue to scramble for available doses instead of ensuring a stockpile that is fair and proportional to their population.
A recent ONE report even showed that the richest countries have already accumulated 1 billion more doses of vaccine than they need to vaccinate all of their citizens. To mobilize against this injustice, ONE created Pandemica, a mini-series illustrated by Andrew Rae and produced by the animation studio Titmouse. Each episode lasts between 15 and 30 seconds and exposes the absurdity of the dangerously unequal situation in which the inhabitants of Pandemica find themselves – monsters, creatures, robots, humans and aliens alike.

The voice of artists

True to its motto “We’re not asking for your money, we’re asking for your voice”, ONE has borrowed the voices of artists from around the world to play the characters in Pandemica. In the French version, actresses Virginie Efira and Déborah François, singer Tété, and actor Samuel Arnold (Emily in Paris) lent themselves to the game, alongside artists from Quebec and Africa.
In English, personalities such as Penelope Cruz, Danai Gurira (Black Panther, The Walking Dead), Patrick Adams (Suits), Michael Sheen (Twilight, Master of Sex), and Bono are part of the cast.

The episodes of Pandemica will be available on March 25 on the ONE.org website.

– Bono, Penelope Cruz, Virginie Efira and Samuel Arnold are among the celebrities lending their voices to the characters of Pandemica.
– Rich countries have already reserved 1 billion doses of vaccine in excess, while one in three countries in the world has not yet received any dose.
– The NGO ONE calls on rich countries to share their doses with poor countries as soon as possible to accelerate the fight against the pandemic.

ONE is an international advocacy and campaigning NGO fighting extreme poverty and preventable diseases, particularly in Africa. ONE has more than 1,000 youth activists around the world in Belgium, Canada, Ethiopia, France, Germany, Ireland, Italy, Kenya, the Netherlands, Nigeria, Senegal, South Africa, the United Kingdom and the USA.