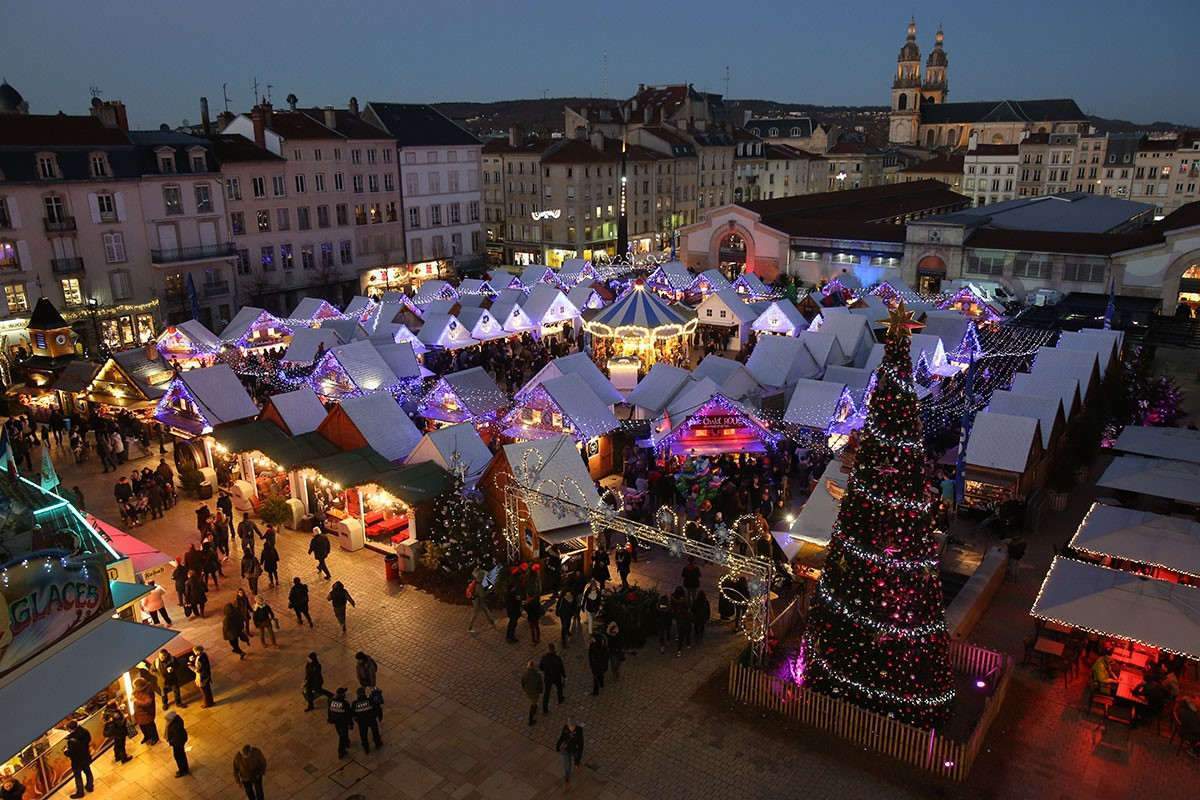 The Fêtes de Saint-Nicolas return to Nancy from November 19, 2021 to January 2, 2022. 40 days of festivities with, as a highlight, the Saint-Nicolas Weekend on December 4 and 5.

From Friday, November 19, the City of Nancy invites the people of Lorraine to enter the World of Saint Nicholas. For more than six weeks, Nancy and its metropolis will be decked out in the colors of the patron saint of Lorraine and will offer a magical, joyful, gourmet and generous space outside of time and routine. Since November 2018, the Fêtes de Saint-Nicolas are registered in the French inventory of Intangible Cultural Heritage. Remember that Saint Nicholas is none other than the grandfather of the famous Santa Claus, celebrated, him, on December 25.

With the XVIIIᵉ ensemble, including Place Stanislas, Monument Préféré des Français 2021, Place Carrière and Place d’Alliance, classified as a World Heritage Site by UNESCO for 38 years, Nancy is strong of an exceptional architectural heritage. It carries high the colors of the traditions linked to Saint Nicholas with the 19 other municipalities of the Metropolis. This federative event mobilizes the teams during more than 6 months…

Saint Nicholas, patron saint of Lorraine and protector of children, is celebrated every December 6, especially in eastern France and in many European countries. As traditions evolved, the celebrations of Saint Nicholas spread over time in Europe and were exported to the United States, giving birth in the 19th century to the myth of Santa Claus!

The keys to the city

The Saint Nicholas festivities in Nancy are an important event where the whole city, in each of its districts, invites the world to discover one of its traditions, shared with many European neighbors. The highlight of the festival is the St. Nicholas Weekend, which will take place this year on Saturday and Sunday, December 4 and 5. It attracts 300,000 people each year, 100,000 of whom come to the parade!

The parade will start on Saturday, December 4th at 6 pm from the Place Carnot to the Place Stanislas where the Mayor will hand over the keys of the city to Saint Nicolas on the balcony of the City Hall. This parade will gather about twenty floats, imagined by the municipalities of the Metropole of Greater Nancy and partner associations, around the theme “Fauna and Flora”. Each year, a city is the guest of honor of the St. Nicholas Festival. The 2021 edition will welcome Krasnodar, a Russian city twinned with Nancy, whose float will also parade through the streets of the ducal city.

Saint Nicholas and the emblematic characters of the legend will of course take pride of place. Saint Nicholas will make the eyes of well-behaved children shine and his sidekick, the bogeyman, will sometimes shake the children who have a few little misdeeds to blame… Alongside the floats, a dozen national and international street art companies – musicians, artists and funny machines – will offer surprising visual and musical surprises. Not forgetting the ever-popular Candy Machines! The brass bands will compete with inventiveness….

Eight St. Nicholas villages, including the historic village on Place Charles III, will be spread out in several districts to bring a festive spirit, with a Ferris wheel and an ice rink. The video-projection show “Rendez-vous de saint Nicolas” will be shown every evening in Place Stanislas, and illuminations, artistic commissions, extraordinary creatures, merry-go-rounds and delicious surprises will plunge Nancy into the enchantment of the festivities throughout the Fêtes de Saint-Nicolas! The world of Saint Nicholas, in which cultural actors and shopkeepers, cafe owners and restaurant owners are invited to get involved, is an invitation to live out of time…