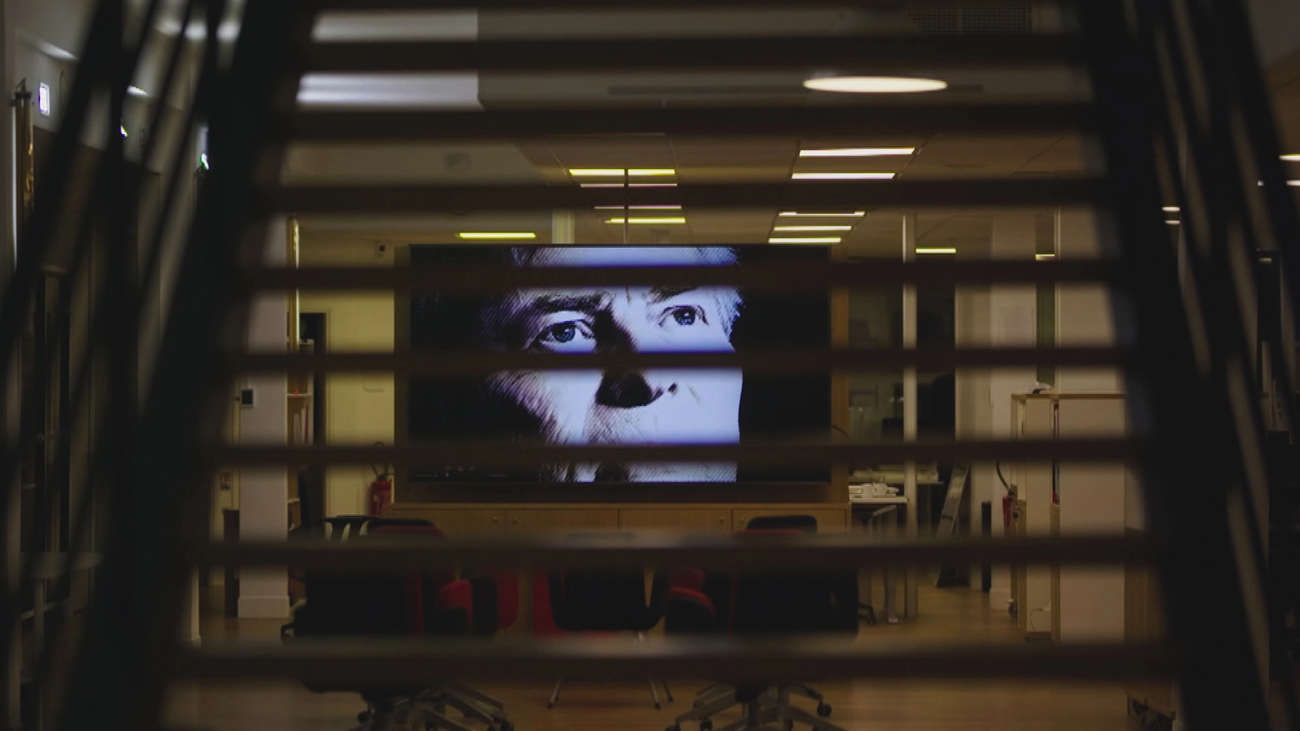 "Media Crash" reminds us that 90% of the major French media belong to a dozen billionaires, who have many other activities than the press.

Maneuvers, pressures and barbouzeries on the media… Journalists Luc Herman and Valentine Oberti give several examples in “Media Crash”, a documentary they directed and co-produced by Mediapart and Premières Lignes. Among them, Bolloré’s interventionism in his group’s media (Canal, CNews, Europe 1, Paris Match…), or the spying of the newspaper “Fakir” sponsored by LVMH and already told by François Ruffin in his documentary “Merci patron! “Media Crash” evokes the concentration of the French media in the hands of billionaires, the Bolloré, Pinault, Arnault, Bouygues, Dassault… whose main activity is business, arms, luxury goods, telephony, construction…

It is a democracy in danger that this film evokes, through plurality, freedom of information, independence of the press, “the right to know”. Currently in theaters, this documentary is a support to “provoke meetings”, with screenings-debates organized throughout France in this period of election campaign. “The danger is that opinions stifle information (…) Information is an essential issue so that people are not prisoners of propaganda,” said Edwy Plenel, co-founder and director of Mediapart, to an audience of high school students, after the screening of “Media Crash” at the cinema Les Korrigans in Guingamp.

Edwy Plenel: “They only think about themselves, about their power”

After the screening of “Media Crash”, you warned the audience to make the difference between information and entertainment, these are certainly young people who watch Cyril Hanouna and get information through social networks, do you think the message is passed ?

Edwy Plenel : Only they could say if they were convinced or not. This film, “Media Crash”, is a form of alert that does not only concern young people, that concerns all generations, and that concerns political and economic leaders. A democracy becomes a war of all against all if it is the reign of opinions. For it not to be the war of all against all, my opinion against yours and so on, we need cross-checked and sourced information, which allows us to understand reality, and that is a collective responsibility. It is not only young people who are confronted with this, we can see it, including in social networks when there are campaigns of hatred, of violence, it also comes from other generations. Paying attention to the quality of the public debate, putting information at the heart of the public debate, is an essential democratic issue, we see it well in a presidential campaign where a monstrosity has arisen, someone who is a journalist, who tells lies, who invents reality, who betrays the historical truth, all of this for the benefit of an ideology of civil war, hatred, violence, we can see that there is an alert that concerns everyone.

The film reminds us that a dozen billionaires own 90% of the major French media. Why do they invest in newspapers that are often losing money and readers?

Because they know that their world is threatened. They know that their wealth, as important as it is, is from a world that one day or another is going to collapse, that it can’t last. And so, in order for it to last, they have to deceive the public. In order for it to last, the public must no longer be lucid, no longer be informed, no longer be vigilant. And so, they buy media to buy influence and to serve the interests of those who allow them to continue to enrich themselves. It is not a purchase of profitability, it is not a purchase of patronage either, it is a purchase of interest, of cynical interest, in the service of people who think only of themselves, only of their power, only of their domination, economic, financial, and at the same time in the service of the social interests of their little world, and not of the collective interest.

“Abolishing the tax is a demagogic measure”

We can see in “Media Crash” that there is still investigative journalism in the public audiovisual service, including France Televisions and Radio France, yet Emmanuel Macron plans to abolish the audiovisual fee and other candidates outright to privatize public channels, is the public service in danger?

This is a very serious proposal that candidate Emmanuel Macron has pulled out of his hat. He is following in the footsteps of the extreme right, which wants to abolish public service and hand over free audiovisual information to these merchants of the temple, these oligarchs. To propose to abolish the licence fee, that is to say the public tax which allows to finance a public service, is a demagogic measure, the licence fee in France is much cheaper than the German one, which allows in Germany a democratic public service; obviously, it is an unprecedented attack. We need a public service that is independent, including from the executive power, that has the means to live independently of advertising, and independently of private shareholders. This is a vital question for democracy insofar as we are talking about a radio and television that is free, in direct access, in free access. For this free access to be democratic, we must finance it through the licence fee.

Of course, our film is an appeal to the future parliamentarians of the next legislature, if they are at the service of their independence, of their mandate, and not of this or that partisan coterie. Yes, we must limit vertical concentration, that is to say, conflicts of interest, activities that are contrary to the activities of information, and for example, prevent advertising actors from being themselves main actors of the media. We need to limit horizontal concentration, in number and type of media, we need to create a crime of influence peddling for owners who would use their media for their own interests, we need to make legislation protecting the rights of editorial offices, including in the public service, in relation to the executive power, and so on. We need to rebuild a democratic information ecosystem, because it is a fundamental right that precedes the right to vote, and is even more important than the right to vote, because if you are ill-informed you can vote for your worst enemy, even for your worst misfortune.

I don’t think so. The conclusion of the film is, on the contrary, a message of resistance, which shows that there are journalists who resist and that it is necessary to resist, that it is not the journalists who are corrupted and sold out, it is a system that must be rebuilt. I often say that Mediapart may look like a small fish, in principle courageous in its revelations, but it is swimming against big sharks in a polluted sea. The message of the film is that we must take care to clean up the sea.

You mentioned Eric Zemmour, who had a press card, was a journalist, and who just a few days ago had journalists booed in a meeting…

Yes, the real question is that so many media, Le Figaro, the public service, LCI, then CNews, have given a platform to this person, who is a pure propagandist, a neo-fascist propagandist who rehabilitates anti-Semitism by rehabilitating Pétain, by letting it be said that Dreyfus was perhaps guilty and not innocent, by trampling on the whole democratic tradition. It is a political monstrosity that is reborn and that must be fought.

The subtitle of “Media Crash” is “Who killed the public debate ?

It’s like in Tintin’s “Cigars of the Pharaoh”, there are many people behind the hoods, with very different interests, there are presidents of the Republic, there are oligarchs, there are media bosses, there are mercenaries, there are spies, and there are journalists who, perhaps interested in money and career, go to the dark side of the force.

“Media Crash”, a documentary by Luc Herman and Valentine Oberti. Program of sessions and debates: www.mediapart.fr/MediaCrash