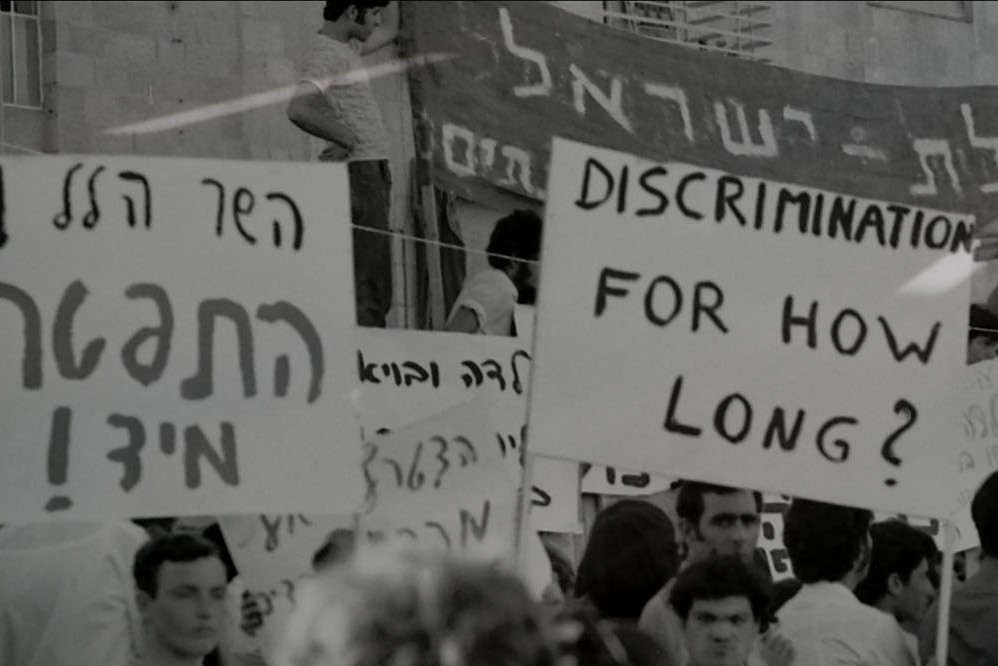 revolt movement emerged in the 1970s, with activists including the director's father, Charlie Boganim, taking cues from the American Black Panthers.

Michale Boganim evokes in a useful and fascinating documentary “The Forgotten of the Promised Land”, the fate of the discriminated “Oriental” Jews in Israel.

Michale Boganim, who had notably shot “The Outraged Land” in Ukraine (in the forbidden zone of Chernobyl), returned to the footsteps of her parents, and to her own, since she was born in Haifa, Israel. She was born in Haifa, Israel, a country where her parents from Morocco had chosen to emigrate. Like so many other Jews from North Africa and the Middle East, who sang on the boat that took them to the “Promised Land”, they were quickly disappointed once they disembarked. Michale Boganim’s film “Mizrahim, the Forgotten of the Promised Land” (to be released on June 8) focuses on these migrants from Arab countries, “Oriental” Jews nicknamed the “Mizrahim”, who were treated as “criminals”, “swarthy” and “scum” by the good people of Israel.

Exiled from one desert to another, they had naively believed the propaganda and abandoned everything to come and participate in the construction of a nation, this new country, with the dream of a just and egalitarian society. A dream that was quickly shattered: it was first in transit camps that entire families of Moroccans, Tunisians, Algerians, Yemenis… were sheltered in the post-war years of the 1960s. Emigrants full of hope, they were only second-class citizens, discredited, unlike the Jews coming from Europe, the Ashkenazim, the dominant culture.

The life of these “forgotten people” is made up of discrimination, oppression, inequality, contempt, and racism, starting in school, where walls are built in the courtyards to separate ethnic groups. Attached to places, Michale Boganim relates the history and geography of the “Mizrahim”, gathered in new cities, “development cities”, poor territories on the outskirts of the country, or left out in the Arab neighborhoods and suburbs of large metropolises.

The denial of an entire country

Combining archival footage and testimonies, the documentary filmmaker travels with her daughter from town to town, where a resident monologues at each stage, bringing his or her own contribution to this story, a subject that has almost never been evoked in cinema. In the 1970s, as in Europe and the United States, there was a movement of anger and revolt; activists, including the director’s father, Charlie Boganim, took their cue from the American Black Panthers. Disappointed and discouraged, Charlie Boganim would later choose to leave Israel for France.

Noting that so little has changed, this useful and fascinating documentary evokes the lost illusions, the shattered identities, the nostalgia of the exiles, and the denial of an entire country. It even becomes heartbreaking when old women tell of the disappearances and abductions of children and babies. The following generations still suffer from rejection, difference, unequal access to education and social success. “Mizrahim” also evokes a contemporary history, the famous Land having not kept its promises for all.

“Mizrahim, the Forgotten of the Promised Land”, a film by Michale Boganim (release June 8).