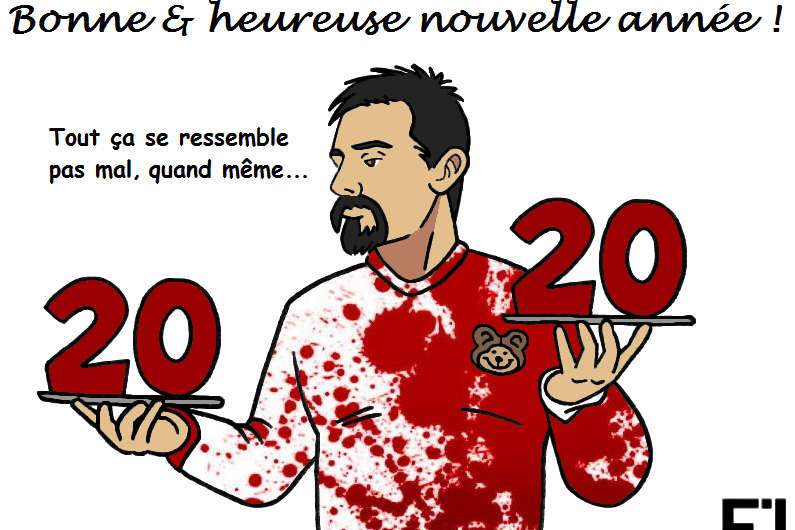 Since the 16th century, shortly before the adoption of the Gregorian calendar on Friday, October 15, 1582. It was the day after Thursday, October 4, 1582. Explanations.

New Year’s Day has not always been celebrated on January 1st. In ancient Rome, the lunar calendar consisted of ten months and 355 days. The year began in March. It was Julius Caesar who, in 46 B.C., decided to adopt a 12-month solar calendar. The idea was to realign the beginning of the Roman year with the tropical year. The Julian calendar gave the months of September, October, November and December names corresponding to their rank (seven, eight, nine, ten).
But the progress of astronomy in the Middle Ages showed that there was a growing gap between the Julian calendar and the solar year. Pope Gregory XIII asked a certain Christophorus Clavius, a renowned German mathematician and astronomer, to redo the calculations.

This new calendar, known as the Gregorian calendar, was officially adopted by the papal bull “Inter gravissimas” on 24 February 1582 and imposed in the Catholic States a few months later.
The Gregorian calendar takes up the essential structure of the Julian calendar, i.e. the subdivision of the year into 12 months of 4 weeks, the count of which begins from the year of Christ’s birth. But it differs from the previous calendar by the leap years (as in 2020) which regularly corrects the calendar shift on the dates of the equinoxes.
But calculations by Christophorus Clavius showed that over the centuries Julius Caesar’s calendar had fallen a little behind. And that nine leap years had been counted too many.
But never mind: with a single stroke of the pen, Pope Gregory erased ten days from the new calendar that bears his name. Thus, we have gone from Thursday, October 4, 1582 to Friday, October 15, 1582.

From Easter to New Year

Until the end of the Middle Ages, the year began on Easter Day throughout Christendom. But the date varied each year. In 325, the Council of Nicaea set the date of Easter on the first Sunday after the full moon following the spring equinox. So between the 22nd of March and the 25th of April.
This singularly complicates the work of historians in calculating the dates of certain events.
In 1564, the Edict of Roussillon consecrated January 1st as the beginning of the calendar year. On 1 January 1622, this date was applied in all Catholic countries at the request of the Holy See.
The Gregorian calendar gradually became established throughout the world even though there are many other civil or religious calendars. The Chinese New Year (between 21 January and 20 February), the Hebrew calendar (September or October).
But January 1st is now the first day of the year worldwide