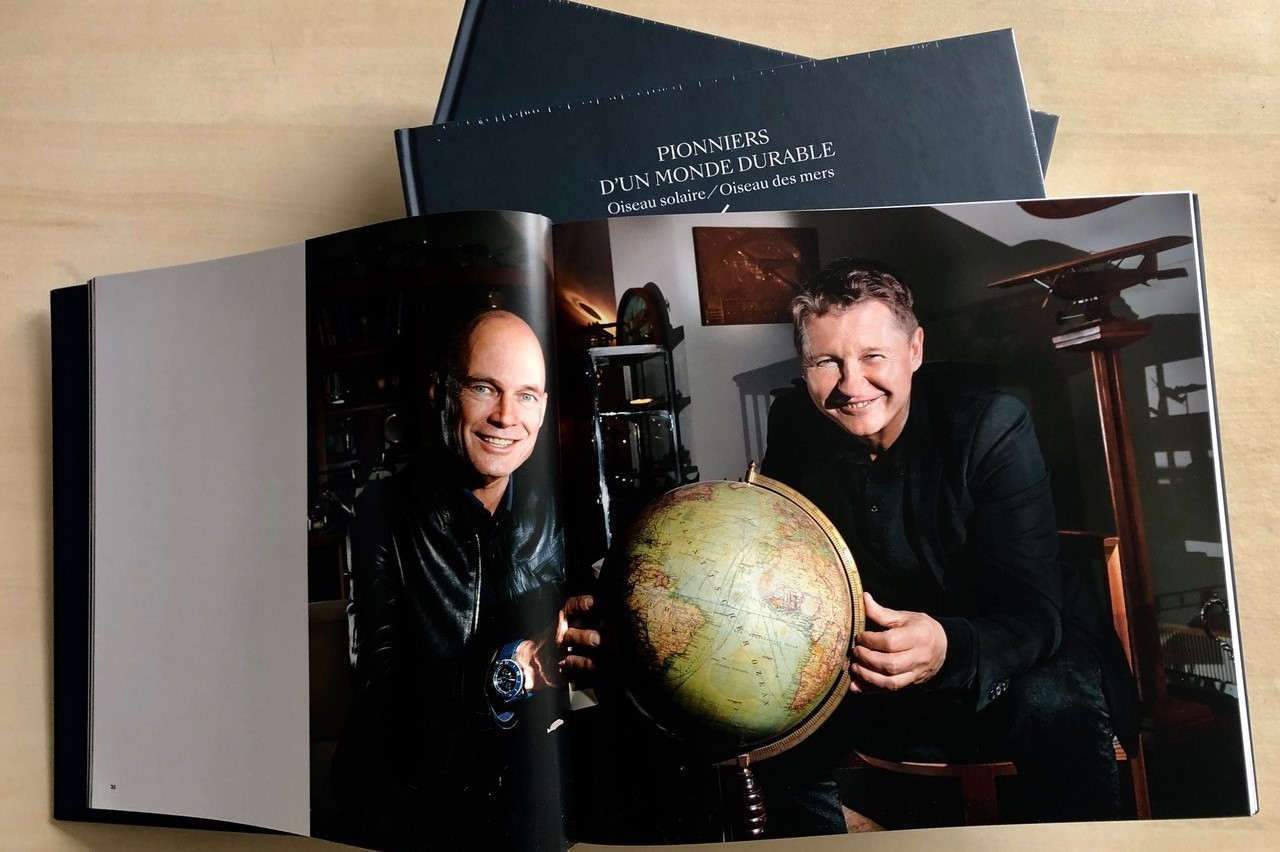 Pioneers of a sustainable world

After the exhibition at the Futuroscope of Poitiers on the odyssey of Bertrand Piccard with his plane Solar Impulse and Alain Thiébault with his Hydroptère, the photojournalist Francis Demange and the editor Hervé Bonnot publish a book at the Editions de la Martinière.

Under the title “Francis Demange photographer of wind, sun and sea” we published an article on June 10, 2019, devoted to the exploits of two men, two adventurers of modern times, Bertrand Piccard and Alain Thiébault. Two adventures photographed from start to finish by the Nancy-based photojournalist Francis Demange.
One on the water, the other in the air. Bertrand Piccard at the controls of Solar Impulse flew around the world without fuel in 2016. In 2009 Alain Thébault passed the mythical 50-knot mark on his Hydroptère, a trimaran equipped with “foils” and water wings. Both had the same objective: to free the planet from fossil fuels. The meeting between the two adventurers was inevitable. It was favoured by Francis Demange, a photojournalist from Nancy who showed a superb photographic exhibition at the Futuroscope in Poitiers “The bird of the seas and the solar bird”. The crossed odysseys. 56 giant photos. Until the beginning of 2021.
The two journalists publish a beautiful book on this extraordinary adventure: “Pioneers of a sustainable world: Solar Bird, Bird of the Seas” (Editions de la Martinière) to be released on January 16, 2020.
” Messenger as “Photojournalist” for 30 years, this book is my longest story of my life by the attachment since the beginning of the first meeting with these two pioneers Alain Thébault and Bertrand, Piccard so extraordinary of our century. ” explains Francis Demange.  At the time, many people didn’t believe in them! I believed them from the very first day and promised to follow them to the end! At a time when we are talking about ecology, this book provides proof that we can change tomorrow’s modes of transport”.
*Pioneers of a sustainable world, Oiseau solaire/Oiseau des mers by Francis Demange and Hervé Bonnot. Ed. La Martinière. 35 €