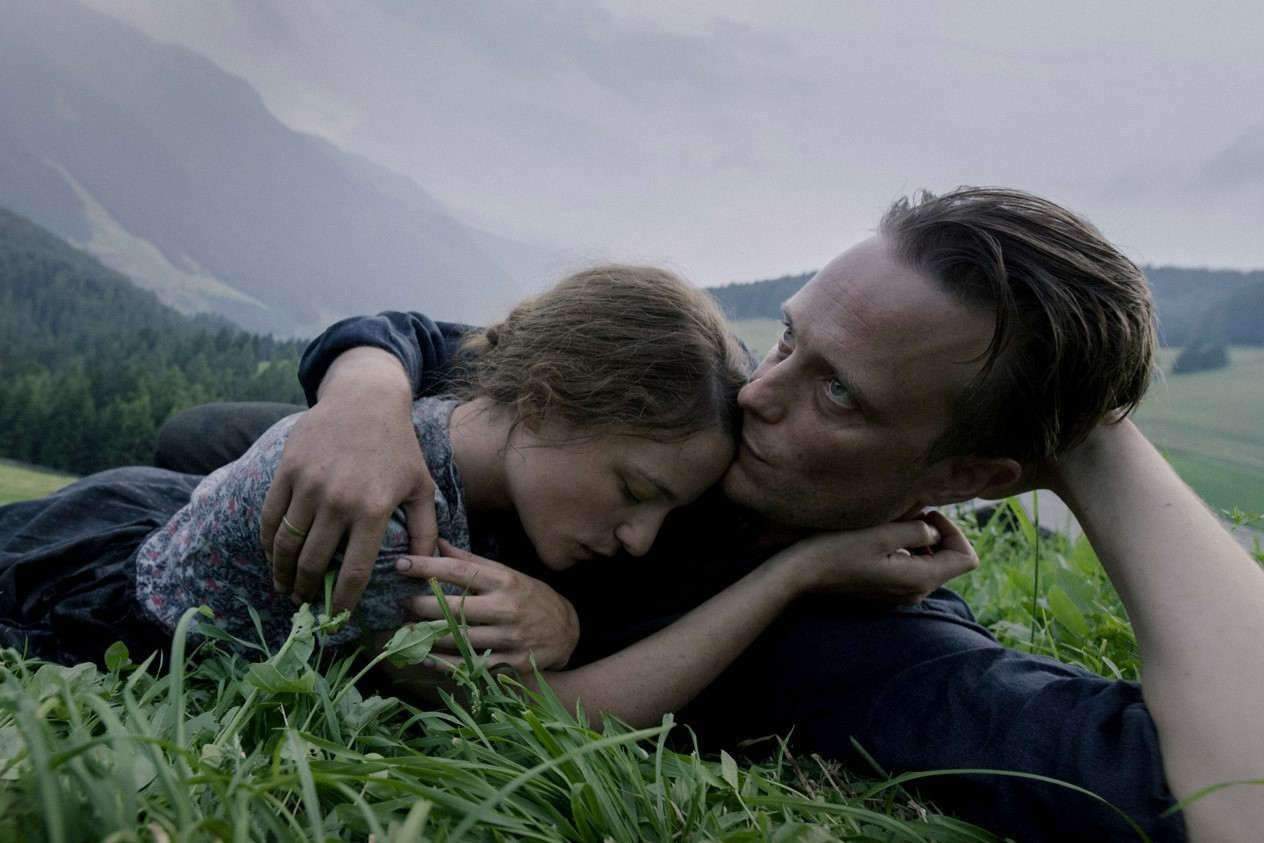 August Diehl and Valerie Pachner play Franz and Fani Jägerstätter, a couple of Austrian farmers who lived a peaceful life in their valley.

In this superb film, Terrence Malick evokes the fate of Franz Jägerstätter, an Austrian peasant who said no to Nazism.

“A hidden life” (released on December 11) could have been a family’s discreet and happy life, a simple and quiet life in the mountains, between field work and children’s games. Terrence Malick’s film, as it is called, first shows this paradise, a dreamed and fantasized garden of Eden, with the Jägerstätter family in an Austrian village. The sequences of happy days in the mountain pastures are then magnificent cinematographic scenes. But it is to hell that the filmmaker then leads us, the one lived on Earth by the father of this family, Franz, for refusing to swear loyalty to Hitler in 1943.

Author of two masterpieces in the 1970s, “La balade sauvage” and “Les moissons du ciel”, Terrence Malick had disappeared from the screens for about twenty years before returning with “La ligne rouge” (1998). Since then, the director received a Palme d’Or in 2011 for “The Tree of Life”, then lost us a little bit with eco-poetico-philosophico works (“A la merveille”, “Voyage of Time”…). His lyrical cinema, his glorification of nature, landscapes and wide open spaces, can be found in “Une vie cachée”, presented in competition at the Cannes Film Festival, and in preview at the Deauville American Film Festival. But the beauty of this superb film, where the breadth of great cinema is combined with delicacy, is at the service of two human beings, Franz and Fani Jägerstätter, played by August Diehl and Valerie Pachner.

In this inspired story “based on a true story”, Terrence Malick highlights, and what a light (!), the story of this Austrian peasant torn from his wife, his family, his farm, his valley. Enrolled in the Austrian army at the very beginning of the Second World War, then sent back to his homes, Franz was then in anguish to be recalled, a long wait before the dreaded letter; each passage of the postman was watched, feared, until that day in February 1943 when he was recalled to the military.

“It is better to suffer injustice than to commit it”

But this fervent Catholic, whose father died in the trenches of the previous war, refused to march under the Nazi banner, to serve the “satanic and pagan ideology” of this regime, and to take an oath of allegiance. While even the bells were melted to make ammunition, he was received by the bishop, to whom he expressed his doubts and questions; but the Church chose to wash her hands of them. It is as a single man that he says no to Nazism, a good man who cannot do what he believes is wrong, and believes that “it is better to suffer injustice than to commit it”.

Franz Jägerstätter will therefore suffer this injustice; braving the hostility of the inhabitants of the village, whose sons, brothers and husbands have gone to war, he is considered a traitor, his wife is insulted, stones are thrown at his children. Arrested, thrown in prison, sent to Berlin, he was subjected to abuse, beatings, bullying, suffering and was finally sentenced to death by a military court. Meanwhile, his wife has stayed on the farm, with his sister and three daughters, is struggling for her husband, pleads his case, goes to see him in prison in Berlin, but the uncompromising believer does not change his mind. He was beheaded in August 1943, he was 36 years old.

“A hidden life” is therefore that of an unsung hero, a free and sacrificed man, a martyr beatified in 2007. Terrence Malick’s film thus evokes with stunning strength and beauty a man’s inner struggle, his wife’s unconditional love, a family’s distress. And faith in a leap of humanity.

“A Hidden Life”, a film by Terrence Malick (released December 11).