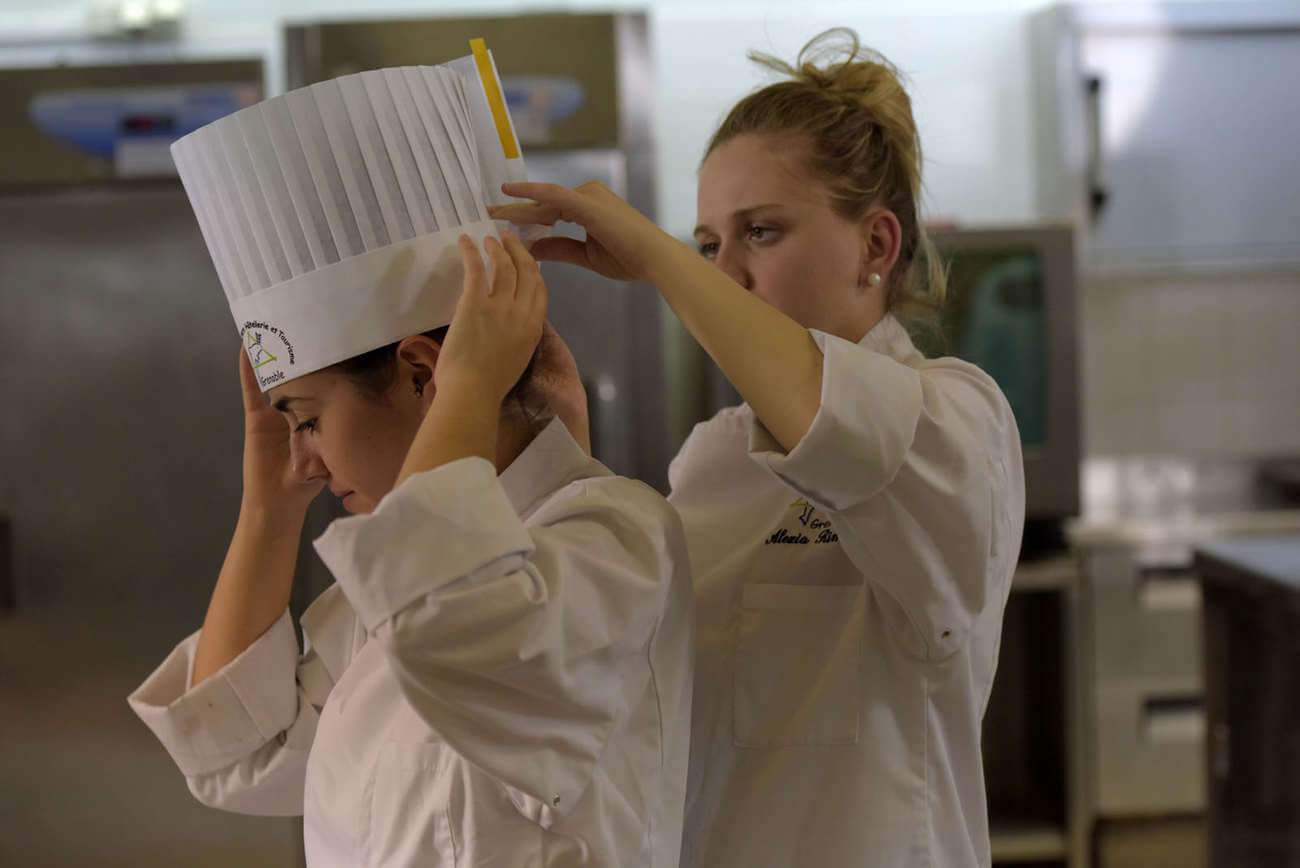 The director followed the students of a school-hotel in the kitchen, in the dining room and in the bedrooms.

Jacques Deschamps filmed for a year “Les petits maîtres du grand hôtel”, students and actors of a musical documentary.
The director followed the students of a school hotel in the kitchen, in the dining room and in the bedrooms.

A beautiful retro building with an old-fashioned charm, the Hotel Lesdiguières has something of the “Grand Budapest Hotel” by Wes Anderson. This is what Jacques Deschamps immediately thought when he discovered this curious establishment in Grenoble as a guest. A client like no other in a hotel like no other, since it is in fact a school, where the staff, “very young and very clumsy”, is made up of students, discreetly supervised by attentive teachers.

During one school year, the director followed and filmed the daily life of the students and teachers, and made a pleasant documentary, “Les petits maîtres du grand hôtel” (released on September 25). “Let’s get to work! “These little masters learn how to serve and learn about cooking, hotel business, catering… Engrossed in their uniform, black suits and suits over white shirts or blouses, young girls and young men discover how to hold a tray, make a bed, cut an orange, cut, rub, wash… and how to say hello to the lady.

Shy in front of the “real” customers, the 16-17 year olds are at school as at the school of life, sometimes discouraged by the ingratitude of the tasks and the demands of the teachers who repeat to them “Smile! ” : ” Tired, too tiring “, all that. Jacques Deschamps understood the “theatrical aspect” of the whole show, the imposing decor, the costumes, the meticulous gestures, the rituals… and that part of burlesque that makes you smile. The work of the orchestra, collective and in rhythm, inspired several songs to the director, who gave his film the airs of a musical comedy. “Yes chef, good chef”, sing in chorus the apprentice cooks, and we want to wish good luck to all these little masters of the Grand Hotel.