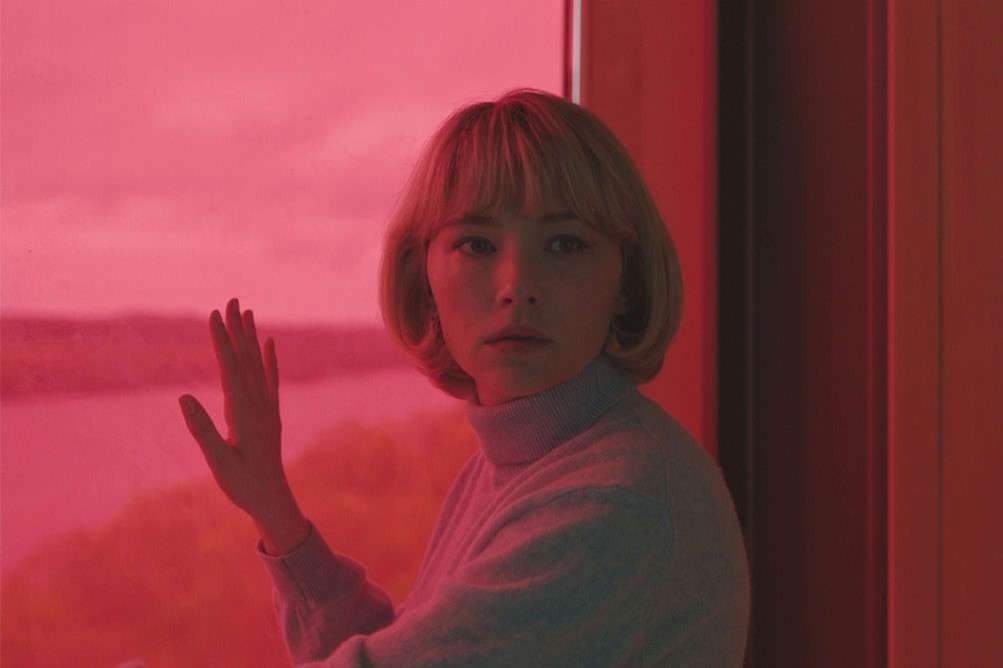 Special Prize of the Deauville Festival, the film by Carlo Mirabella-Davis is as disturbing as it is aesthetic.

Played by actress Haley Bennett, Hunter is the main character in Carlo Mirabella-Davis’ film “Swallow” (released January 15), Special Prize at the 45th Deauville American Film Festival. Hunter seems to be a perfect wife with a perfect life; a beautiful blonde with short hair, she is married to a handsome, rich and brilliant man. They live in a large and impeccable house, with large bay windows, a garden, a swimming pool; a designer property in which Hunter is well alone and bored all day long, gardening a little, tidying up the decor, and preparing delicious little dishes for her husband, too busy in the evening with his business to make conversation with his sweet wife.

“I’m so lucky,” she tells him, although she doesn’t seem so convinced by her golden life in her golden prison. The announcement that she is pregnant is not necessarily such good news for her either. First sign, Hunter bites ice cubes during a dinner at a restaurant with her stilted in-laws; other strange behaviours will follow, she swallows a marble, a thumbtack, a pile, paper, dirt… and many other objects, some of which were discovered during the first ultrasound scan. It is not “just a silly game”, as she claims, but a disease, a neurosis, a compulsive eating disorder, “Pica” syndrome.

Questioned by her mother-in-law, is she happy or is she pretending, Hunter is lying; of course she is pretending, of course she is hiding a terrible secret and some misfortunes, of course she cannot be happy assigned that she is to a function of a beautiful woman-object. With small, almost imperceptible gestures and a magnetic presence, Haley Bennett embodies a transgressive character who enchains sensations, envy, fear, excitement, pain, swallowing the wrong thing.

Visually very aesthetic, with geometric fixed shots, and many close-ups of the formidable Haley Bennett, “Swallow” is a disturbing, disturbing, strange film about the loneliness and boredom of a future housewife, and her disturbing form of rebellion.