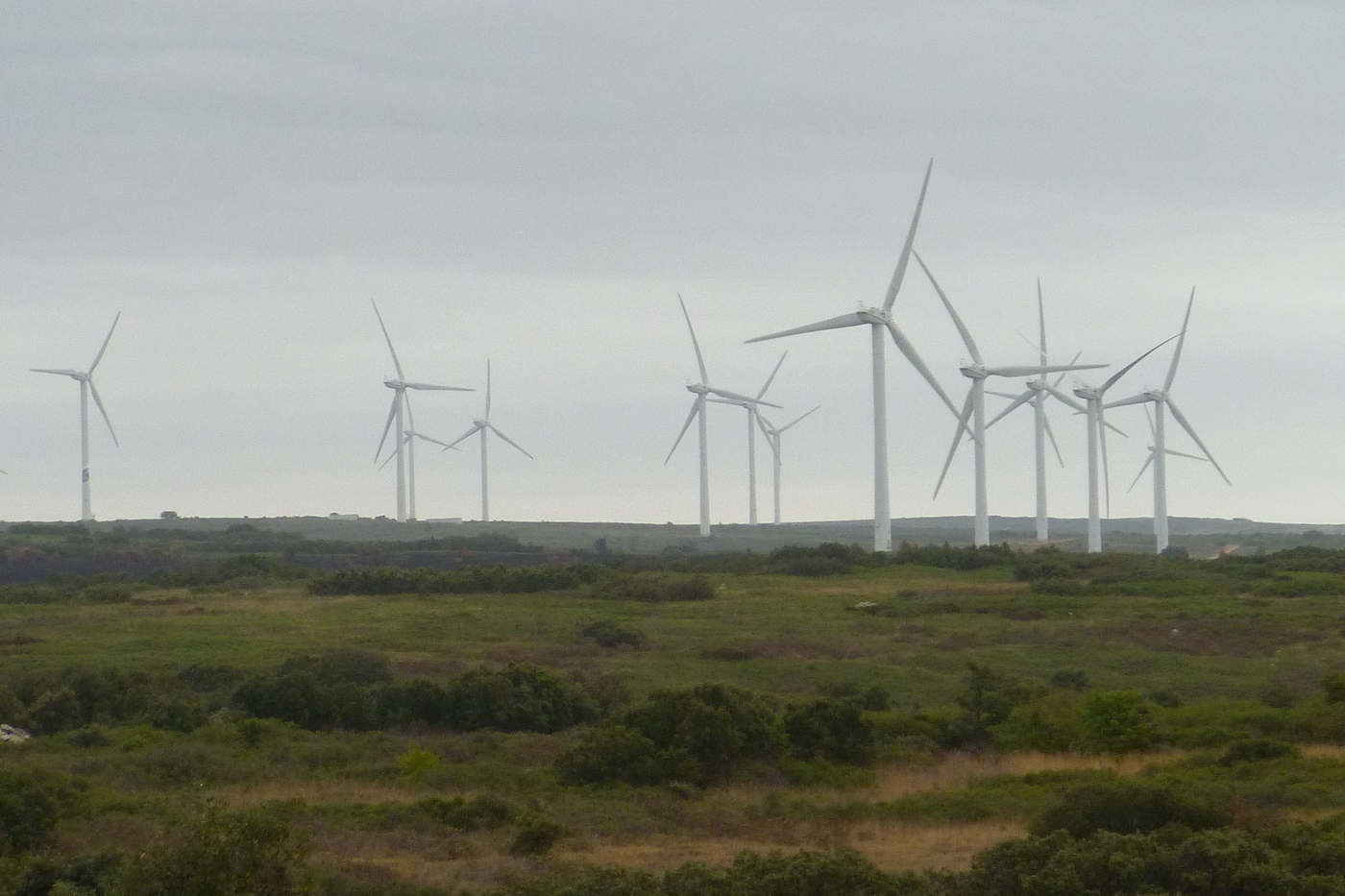 Between 2006 and 2012, 31 wind turbines were installed on the Causse d’Aumelas in the Hérault region (France), within a Natura 2000 site designated for the protection of endangered bird species. These wind turbines are operated by 7 subsidiaries of the EDF company. In an unprecedented decision of March 2, 2021, following an appeal by France Nature Environnement, the Court of Appeal of Versailles declared these 7 companies responsible for the illegal destruction of protected species.

Near the wind turbines of Aumelas, the villages of Saint-Pons de Mauchiens, Villeveyrac and Saint-Pargoire are known to host the largest colony of Kestrels in France. This small gregarious bird of prey (which nests in groups) came close to extinction in France in the 1980s. Thanks to the efforts of nature protection associations and a “National Action Plan” (PNA) financed by the Ministry of Ecological Transition, this species is currently in demographic remission, but it remains very localized and still classified in the list of species in danger of extinction in France.
Over the last 10 years, among the 31 protected species impacted by the wind turbines in Aumelas, about 50 individuals of the Lesser kestrel have been found dead at the foot of the wind turbines of this park. According to the PNA’s assessment, these 50 individuals constitute only the visible part of the mortality caused by the park. They even estimate the mortality due to the park to be closer to 150 individuals. Given these figures, the people in charge of this plan consider that the main threat to the Hérault population of Kestrels is the Aumelas wind farm.

In this unprecedented decision, the Versailles Court of Appeal reminds us that the destruction of a single individual of a protected species by a wind turbine is prohibited by law, and that wind turbine developers, even those linked to EDF, must respect this prohibition. It reminds us that under certain strict conditions (notably with the objective of maintaining populations of protected species), the law authorizes the prefect to issue authorizations to destroy protected species. However, since 2012 and the first discoveries of mortalities of protected birds, EDF’s subsidiaries have consistently refused to submit such a request for authorization to the Prefect of Hérault; these companies believe, wrongly, that they are not subject to the legal prohibition to destroy protected species.

This illegal operation has been going on for years, despite the fact that there have been significant, repeated and predictable bird deaths, and still refuses to subject the Aumelas wind turbines to the ban on destroying specimens of protected species. The indulgence of the State towards this wind farm – among the most deadly in France – is all the more surprising since in January 2020, the DREAL wrote a “report in default” concluding the need for a derogation and the conservative suspension of the operation of the wind turbines during the period of presence of Kestrels. To date, the prefect of the Hérault region has not followed up on this report, in clear disregard of the environmental code. For what reasons? Is the common law applicable or not to the EDF company?

For Simon POPY, president of FNE Languedoc Roussillon: “The wind farms implanted in bad places, without serious consideration of the risks for biodiversity, do more harm than good to the wind industry, while we need to change our energy mix. We are relieved that after 10 years of fighting against the all-powerful EDF, this company is finally called to the law. It is a signal sent to all RE operators to take into account biodiversity issues.

On the strength of this court decision4, we are now asking the State to impose the shutdown of the Aumelas wind turbines during the period when the Kestrels are present5. At the same time, the 7 shell companies, created, managed and owned by EDF, must be put on notice to file a request for a derogation for the destruction of protected species as required by law and while the DREAL is perfectly aware of this serious breach. If such a derogation cannot be issued due to the significant environmental consequences of the wind farm, the turbines will have to be dismantled.

The massive erosion of biodiversity that strikes the natural heritage of our country (see IUCN report published on March 3, 2021) is partly due to the substantial deficiencies of the State in the application of protective legislation for endangered species, and to the irresponsibility of some of the largest economic operators in our country, such as EDF. ”