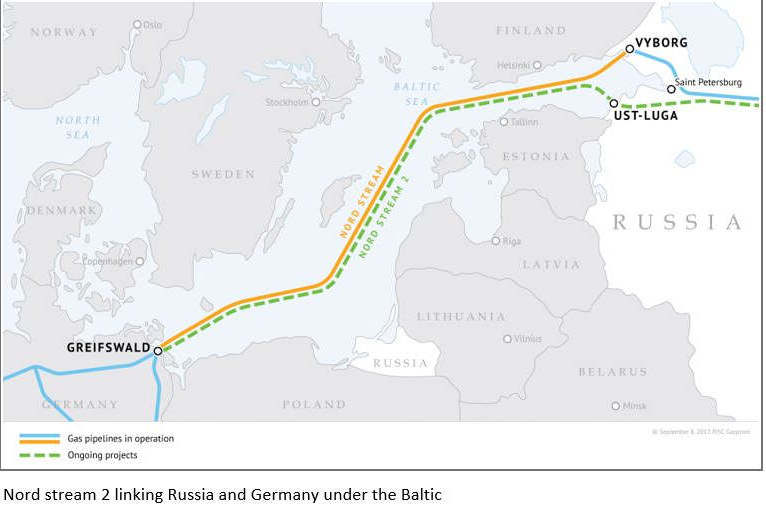 A legal action launched by a German environmental NGO Nabu has caused the suspension of the work on the much tormented pipeline. According to Nabu the pipeline could destroy marine habitat.

The works will be suspended until the end of May according to the German Maritime and Hydrographic Agency BSH.
The NGO claims an area the size of 16 football fields would be affected. Equally they query the need for the pipeline.
The German justice system will now hear the complaint. Whilst that is going on the laying of pipes has been suspended. The ecologists expressed satisfaction with the suspension.
On 29 April the European Parliament adopted a resolution asking that the EU should immediately reduce its dependence on Russian gas and invited the institutions of the Union and all member states to stop the Nord Stream 2 project.
Chancellor Merkel recognized on 20 April that the project was at the center of a political struggle in Europe, at the same time stressing that the new pipeline would transport the same gas that already arrives in Europe via Ukraine or Turkey without objection from anybody.
She also pointed out that Germany continues to support Ukraine as a transit country for gas from Russia to Europe.