Electricity prices on the rise (DR)

Samuel Furfari*, professor of energy geopolitics at the Free University of Brussels and president of the European Society of Engineers and Industrialists, explains why energy prices will rise further.

Why the crazy increases in energy prices?

Samuel Furfari: There was a sudden stop in economic growth because of the pandemic. The recovery was strong in China, but also in Europe. The economic machine has started up again. There was a strong demand for gas and coal. Prices went up in Asia, but also in Europe, it’s the same market. Except in the United States where, thanks to shale gas, prices are ridiculously low.
The price of gas has risen everywhere in Europe and, as many electricians produce electricity from gas, the price has mechanically increased in the United Kingdom, Italy, Spain, etc.

As there is only one electricity price in Europe thanks to the internal electricity market, if the price increases in one country, it increases everywhere else. This leads to the aberration that France, which uses practically no gas to produce its electricity, is hit by the increase in the price of gas in China. In other words, it is imposed that everyone pays the same price when there is no reason to do so.

Why this single energy price?

To push renewable energies, because they are outside the market, because they are not profitable. That’s why there are European directives that force this production of solar and wind energy. If they were profitable, there would be no need for directives. Since the electricity market has been greatly disrupted in order to impose something that makes no economic sense, total chaos has been created. French nuclear electricity is suffering the consequences. And the French are suffering the shock of the increase in the price of electricity.

So if the French pay more for electricity, it is the fault of the European Union and the Green Deal?

Yes, it is. The European Union keeps saying that CO2 emissions must be reduced by 55% by 2030. To achieve this, it is necessary to manipulate the market and introduce additional costs. This is what is called the ETS mechanism, a form of exchange where you have to pay to emit CO2. The markets have anticipated this. But as we are only at the beginning of the cycle and we have to reduce CO2 emissions by 55%, we have to be prepared for an explosion in the price of electricity, which is going to be different from the price of gas in China.

That’s it. We are told that we are going to become “green” but we don’t tell people the truth when we say that it is horribly expensive. And the worst thing is that other countries are not doing what we are doing to move towards clean energy. And even within Europe there are countries that are more virtuous than others.

How can we break the deadlock?

First, the price of gas will return to normal. Because gas is abundant. Russians, Norwegians and Algerians have all the gas we need. The increase we have seen is simply a catch-up due to the pandemic.
Then, as far as CO2 is concerned, we are only at the beginning. The European policy of the Green Pact will cause the price of energy to rise sharply. The vice-president of the European Commission, Frans Timmermans, who is in charge of decarbonization, said that the price of energy had to rise in order to impose a new lifestyle on people. The price of all energies will increase to compensate for CO2 emissions.

It is difficult to see the end of the tunnel. Is there not a risk of a social explosion?

We are at the beginning of the tunnel. There are going to be a lot of yellow vests.

As long as we are in a single market where the price of electricity is set by all European countries, electricity will be sold at the same price for all.

Should we leave the system?

In my opinion, yes. We have reached the limit of the demonstration of the internal electricity market because this policy imposes choices. If the price was not set by political decisions, the market would set much lower prices. When wind power is forced to be produced, it is a political decision that increases the price of electricity. The price goes up even if we are virtuous, as in France where there are depreciated nuclear power plants that produce cheap electricity without emitting CO2. France is penalized by the European system. 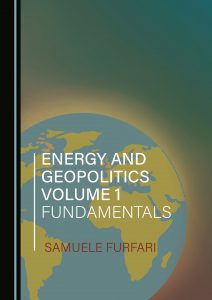 *Samuel Furfari is the author of numerous books. His latest book in French is “Écologisme. Assault on Western Society” (VA Editions).