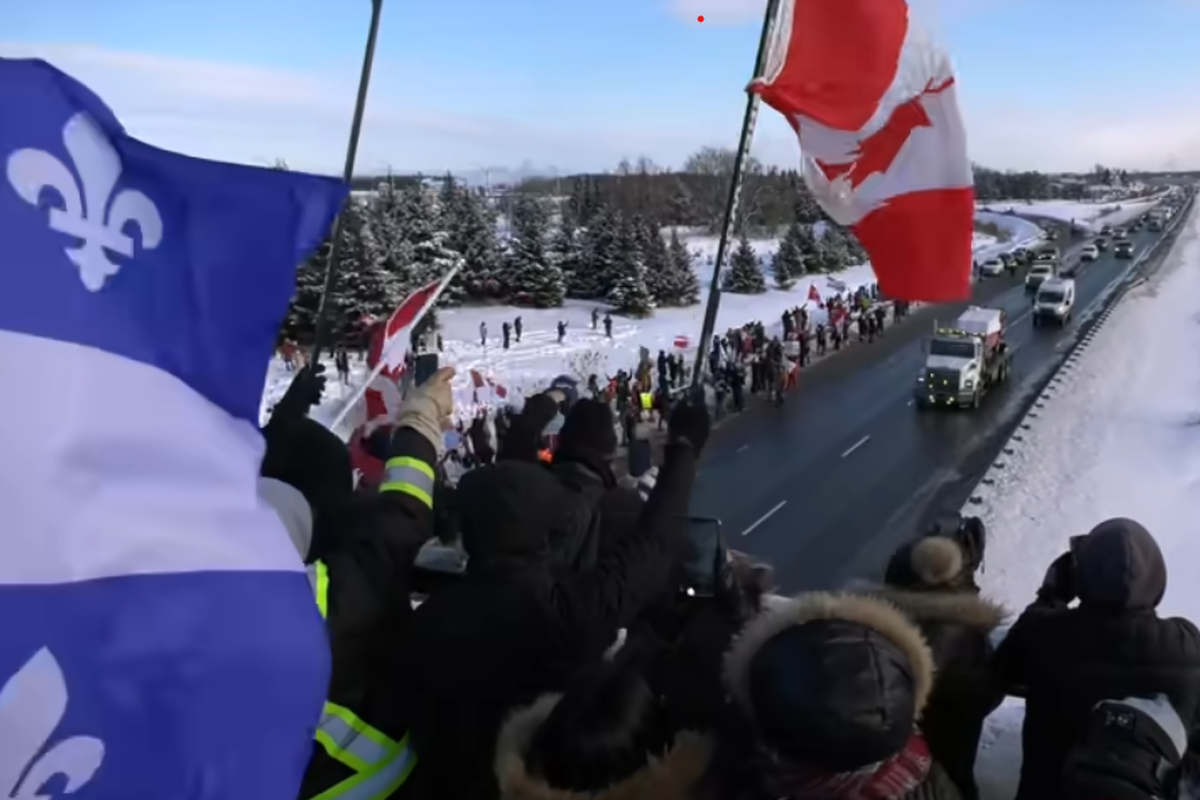 European truckers are preparing an operation identical to that of Canadian truckers opposed to health restrictions. They plan to go to Brussels on February 7, 2022.

It’s big and it’s unprecedented. Thousands of Canadian truckers refusing mandatory vaccination and health restrictions that they consider liberticidal arrived near Parliament Hill in Ottawa, this Saturday, January 29, 2022. Others, many others, continue to arrive to demand that Justin Trudeau’s government remove health restrictions and in particular abandon the vaccine pass. This “freedom convoy”, as they call it, is joined by farmers and cheered all along the road by the population who can no longer stand these liberticidal and absurd measures. They even have the (moral) support of billionaire Elon Musk.
Even if almost 90% of Canadian truckers are vaccinated, they do not accept having to undergo a quarantine (14 days, in fact) after crossing the border with the United States.
This spontaneous movement, which has met with enormous popular success, is however disapproved by the country’s main union, the Canadian Trucking Alliance. The police are afraid of outbursts. And the Trudeau government remains for the moment in the expectation in front of this gigantic and unexpected popular uprising.

In Brussels on February 7

This need for freedom, which has been confiscated for two years, is not unique to Canada. On the other side of the border, in the United States, truckers are following the example of their colleagues, but without carrying out such spectacular operations. However, the “freedom convoy” born in Canada is being emulated in Europe despite the deafening silence of the mainstream media.
In France, as in other European countries, truckers are preparing the “freedom convoy” via social networks. But we don’t know much, for the moment, about their degree of organization. It is not known whether or not health care workers, firefighters and other personnel affected by health constraints are planning to participate in this operation. It is also not known how large the operation will be. However, the meeting is scheduled to take place in Brussels on February 7.
What seems certain, however, is that in many European countries, the level of discontent with sanitary measures is reaching new heights. In Italy, Germany and France, demonstrations of varying degrees of violence are taking place. At the same time, Denmark, Croatia and the United Kingdom are lifting the sanitary measures which, in their eyes, have become ineffective.
Decidedly, this damned virus makes you crazy !