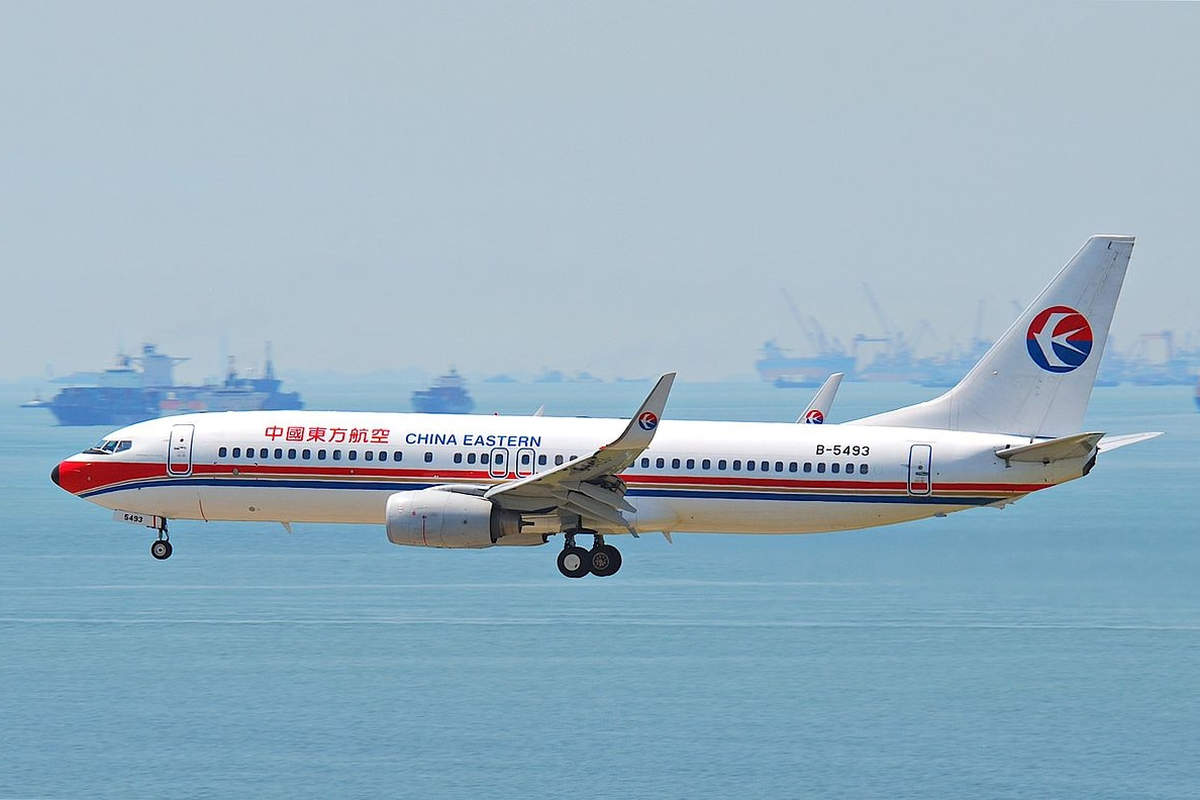 If it is premature to know the causes of the accident of the flight MU5735 of China Eastern Airlines which crashed on Monday with 132 people on board, several hypotheses appear as probable, according to an expert in aeronautics that we interviewed. 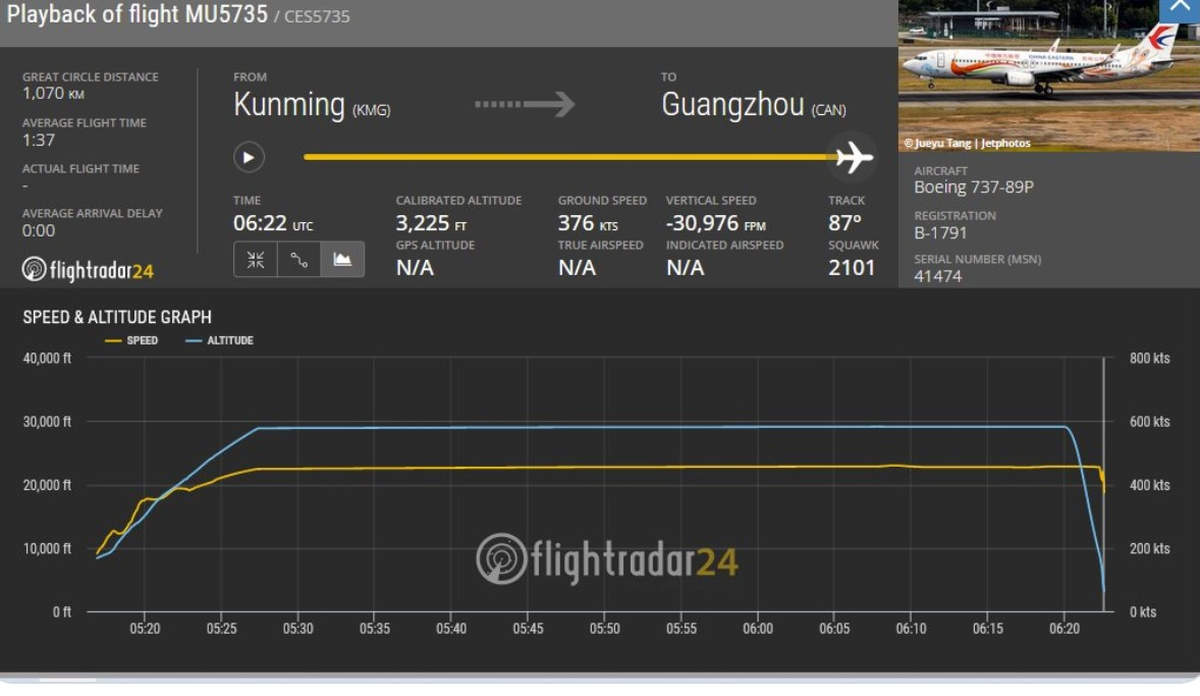 Two days after the crash of a Boeing 737 of China Eastern Airlines on March 21, 2022, which killed 132 people, there are still questions about the “very unusual” causes of the crash.
The aircraft, which was flying from the southwestern city of Kunming to the southern city of Guangzhou, a flight of 1,300 km, suddenly crashed over the city of Wuzhou for an unknown reason. According to the specialized site FlightRadar24, which provides live flight monitoring, the Boeing fell from a dizzying 9,000 meters in altitude in a few minutes before disappearing from the screens. It was 2:22 p.m. local time.
According to the data published by FlightRadar24, which shows the evolution of the altitude and the speed of the plane, we can see that the plane fell very suddenly from its cruising altitude to the impact on the ground, while its speed appears to decrease just as suddenly. In first analysis, the reading of these two curves, if they are real, allow to consider the hypothesis that “the tail of the plane carrying the elevators was detached from the fuselage” estimates a particularly discreet aeronautical expert that we interviewed.

Our informant explains that an airplane “is like a Roman balance”. The longitudinal balance of the aircraft in flight depends on the forces brought by the elevators located in the tail to “balance the stinging torque” resulting from the position of the center of gravity always located “in front” of the wings’ carrying forces. The absence of these balancing forces from the tail control surfaces leads to an immediate, almost vertical and irreversible fall of the aircraft towards the ground, as well as an equally immediate fall in its horizontal speed.
If this is the case, why did the tail suddenly detach from the fuselage?
I see three hypotheses as possible causes of the explosion in the tail of the plane”, explains our informant. Either an explosion, such as a terrorist attack, or an accidental explosion, such as oxygen leaks in contact with grease or fat, or an explosion due to the uncontrolled heating of batteries, “aircraft” batteries or “lithium” batteries.

Of course, these hypotheses remain to be confirmed, notably by the expertise of the black boxes when they will have been found. However, this accident is another blow to the American company Boeing, whose 737-Maxes were banned from flying after the crash of two 737-Maxes.
China Eastern Airlines has a fleet of 751 aircraft including 289 Boeing 737s.