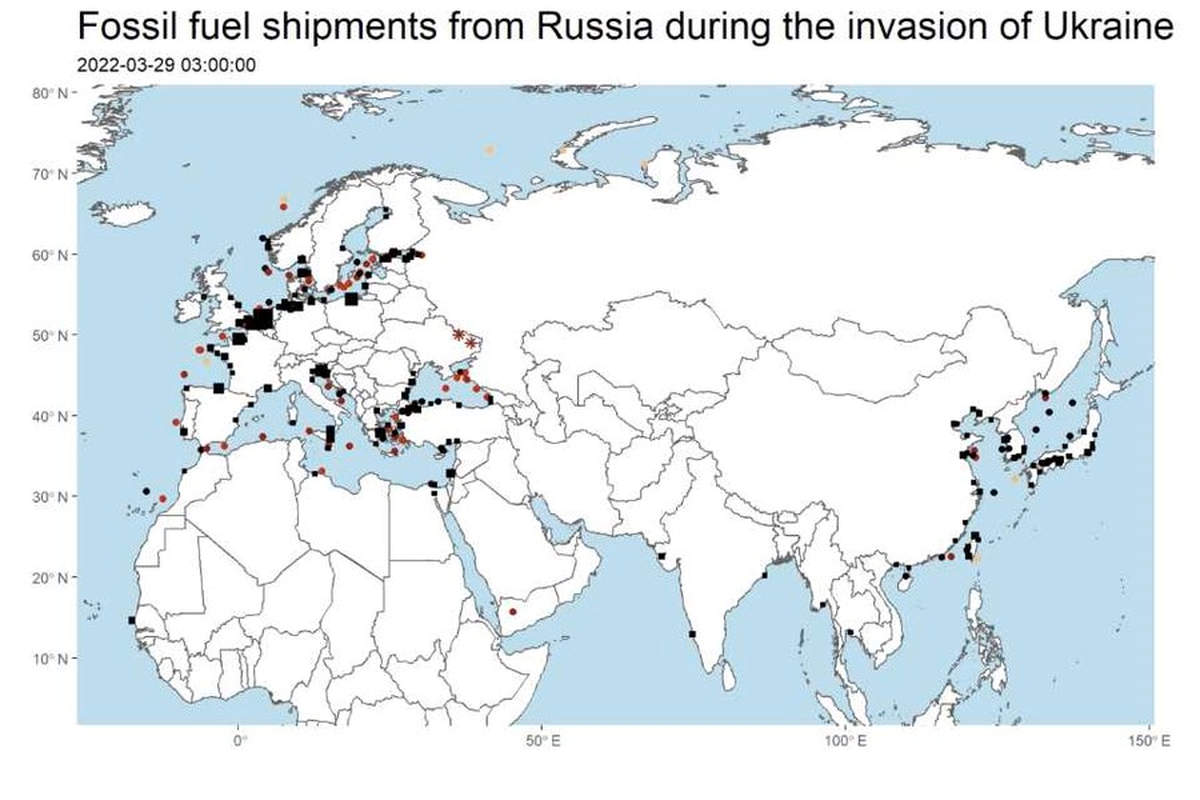 During the war, business continues. Since the offensive in Ukraine, on February 24, 2022, Russia has sold 63 billion euros worth of gas, oil and coal, including 44 billion to Europe !

Finnish financial experts from the Centre for Research on Energy and Clean Air (CREA) say that fossil fuel imports from Russia during the invasion of Ukraine are financing Putin’s war.

“Fossil fuel exports are a key component of Russia’s military buildup and aggression against Ukraine,” CREA writes. The Russian Energy Export Tracker is a project developed by CREA to shed light on the details of Russia’s energy exports and how they evolved after the invasion of Ukraine. To do this, we track ship movements and pipeline flows in as much detail as possible” (see Tweet below).

The main findings are as follows:

Europe has stocked up

In the first two months of the war in Ukraine, Europeans filled up the tanks: they bought twice as much gas and oil as the previous year.
If Putin suddenly turns off the tap (gas and oil) for all European countries, as he did for Poland and Bulgaria, the European economy would be severely tested. Germany in particular would have no choice but to pay its Russian gas bills in rubles. Perhaps using a clever financial arrangement to avoid losing face….
As for the American shale gas producers, they are rubbing their hands together and (secretly) thanking Putin for allowing them to sell their not-so-green shale gas at high prices.