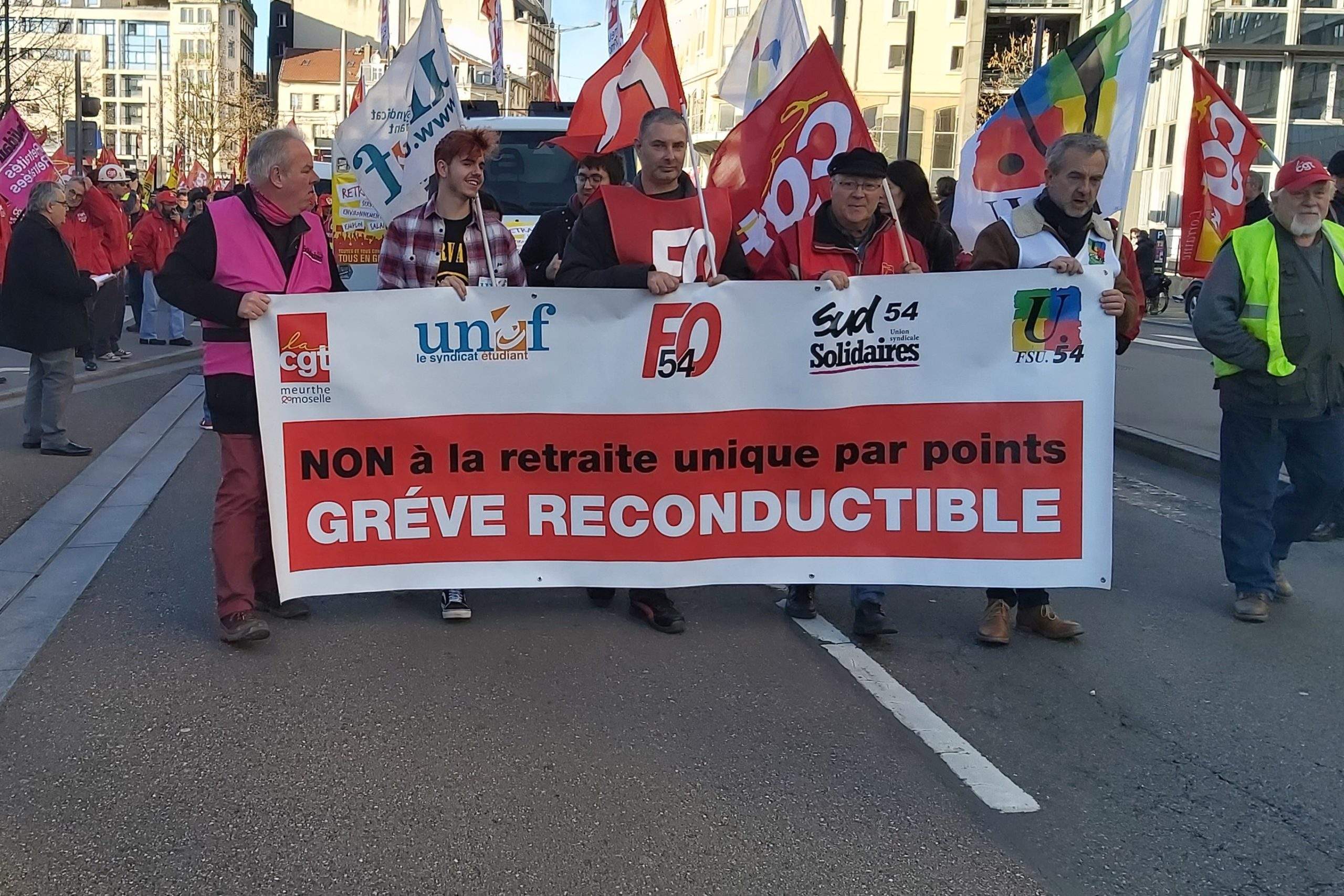 About 3,000 people demonstrated against the pension reform on 16 January 2020 in Nancy (DR)

Unions opposed to pension reform and students are calling for a 7th day of strikes and demonstrations on the day the Council of Ministers will consider the bill.
Nothing is settled, finally, in this interminable conflict on pensions slightly engaged by the government of Edouard Philippe. After six weeks of an unprecedented social movement under the 5th Republic and after six days of massive demonstrations, both in Paris and in major French cities, the anger does not subside, contrary to what the executive suggests, which refers to “a strike with no way out”.
Admittedly, the financial pressure that has weighed on the strikers for more than 40 days has forced the unions to envisage new forms of action, less penalizing but just as spectacular. Such as the “throwing of dresses”, black for lawyers and white for medical staff. As for the angry teachers, they have thrown school textbooks over the rectors’ gates in several major French cities, such as Clermont-Ferrand.

Trains and subways are running again more or less normally. But other professions opposed to the form of pensions have taken over from railway and metro drivers. Striking lawyers are seriously disrupting hearings in all jurisdictions. Dockers are blocking the ports of Calais, Dunkirk, Le Havre, Nantes, La Rochelle and Marseille.
Serious disruptions also at the Banque de France where cash centres are blocked with the risk of a shortage of banknotes in ATMs.
How long will the strikes and demonstrations last? The CGT, CFE-CGC, FO, FSU and Solidaires unions, as well as the teachers’, high school and student unions (MNL, UNEF, UNL, FIDL), respond in chorus: “Until the total withdrawal of the reform”. At a joint General Assembly, they call for a new day of mobilization on January 24, 2020, the 7th since the beginning of the conflict. It will be the day when the Council of Ministers will examine the draft law on pensions. Quite a symbol.