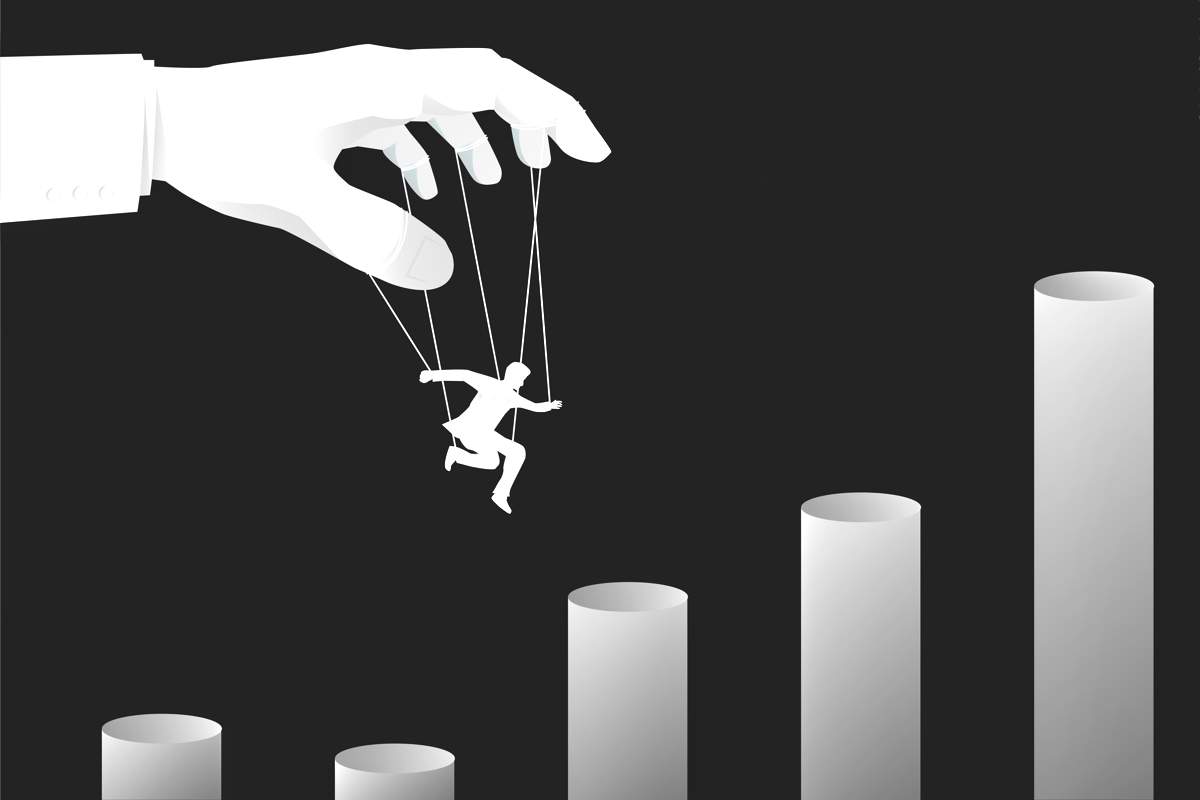 Puppet Master controlling Silhouette of businessman to jumping to higher chart. Concept of manipulation and micromanagement

Some people refer to Milgram’s experiment in relation to the societal situation we find ourselves in today, but what exactly are they referring to?

In short, Stanley Milgram’s experiment showed that it is possible to force a person to obey things that make no sense as soon as you manage to obtain his consent. Obtaining this consent also makes it possible to go further and further at each stage.

This experiment thus evaluates the degree of obedience in front of an authority considered legitimate. It allows us to analyze the process of submission to this authority, especially when it induces actions that pose problems of conscience to the subject.

It is therefore quoted on the Internet and in the media, especially when compared to the instructions given by our elected officials concerning sanitary measures. It is true that it is enough to lose one’s Latin there so much some contradict each other by a flagrant illogic. This is surely why some people do not hesitate to compare the current situation to this experiment of manipulation. But then, how did it happen back then?

Course of the experiment

Conducted at Yale University in 1963, in the United States, this experiment tested ordinary individuals under the pretext of helping science to develop a program on memory. Two subjects were called upon.

One had to find a correct answer on a list of words that he had to remember in one minute. Installed in a small room, he was tied to a chair, to his left an electric bracelet would send him punishments for each mistake. The more mistakes he made, the more violent the electric shock would be.

The second man was installed in another room. It was up to him to read the questions and inflict the punishment: the electric shock.

But in reality, there was no shock and the cries of the “electrocuted” person were recorded. The tied man was an actor. The subject of the experiment was in fact the “questioner”: how far would he obey?

Findings of the experiment

To the astonishment of the researchers, 62% of the people submitted to the orders and administered the ultimate shocks despite the actor’s screams of pain. Milgram thus demonstrates that any individual can commit the worst atrocities when the authority that orders him to do so is, in his eyes, legitimate.

The experiment in video

The video below summarizes the experiment in 2 minutes (using archive films).

Stanley Milgram proposes in his book published in 1974 a detailed analysis of the phenomenon. To set up a framework so that a man passes from the autonomous mode to the systematic mode where he becomes the agent of the authority.

To achieve this, he looks for the following factors:

To know more about it