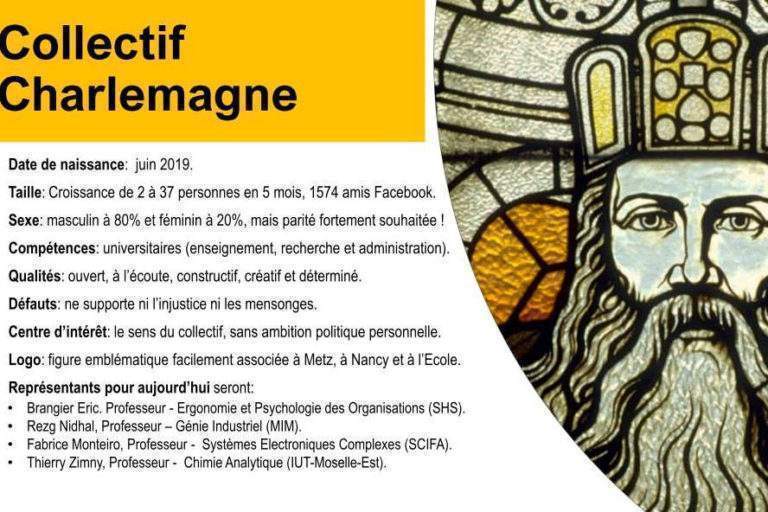 Charlemagne: A mutiny by Moselle academics

Moselle academics grouped within a Charlemagne Collective are calling for the creation of a new university in Lorraine-Nord.
This is not a simple challenge. It is a real mutiny led by thirty-seven Moselle academics supported by elected officials. Grouped within a collective, they appeal to Charlemagne to support their approach.
What do these Carolingian Moselle people want? “Reconfiguring higher education, research and innovation in Lorraine by transforming UL into a group of universities in metropolitan areas”. Let us be clear, they are asking for no more and no less than the independence of the University of Metz.
For what reasons? The collective notes that eight years after the merger of the four universities of Lorraine, the results are not there. And especially that there is “an imbalance between Nancy and Metz. »
A return to the apple hostel war which, in the 15th century, violently opposed the lords of Metz and Nancy? but not at all, the Mosellans affirm, however, specifying: “today, the UL appears as the expression of a guardianship of Metz and the Moselle, without local autonomy to decide on our projects for our territory”.

Autonomy, then. What for? What for? Nidal Rezg, one of the spokespersons for the collective, who has been at war with the University of Lorraine since his Mista project was retooled, explains that we must “give Metz and Moselle their own scientific identity” and “stop the “mirror logic” that forces Metz to function like Nancy, and often at the behest of a governance that prevents the influence of Metz and Moselle. »
A mutiny, we tell you.
According to him, the project consists in creating an “image around our two strong points: Cross-border and applied sciences. »
Why not? Why not? But does this mean secession?
The Moselle people are convinced of this. They appeal to public opinion, the press and, of course, to elected officials on all sides in these pre-election periods. At a press conference at the Club de Metz, candidates in the municipal elections supported the mutineers’ project.

During this press conference, at the beginning of December, elected officials and academics decided to call on the President of the University of Lorraine, Pierre Mutzenhardt, to ask him to review the statutes and representativeness within UL.
If the president refutes any domination of Nancy over Metz, he admits that there may be an imbalance between the two metropolises. “Perhaps we need to work on a Metz-Nancy rebalancing,” he told the press. “That there is a discussion about everyone’s place, we can discuss it. But there is reality and feeling. On reality, I think Metz has been more of a winner with the merger. »
However, the controversy also seems to be fuelled by the local political context where the Metz campus is the subject of strong electoral issues between several of the candidates.

The call of the Charlemagne collective