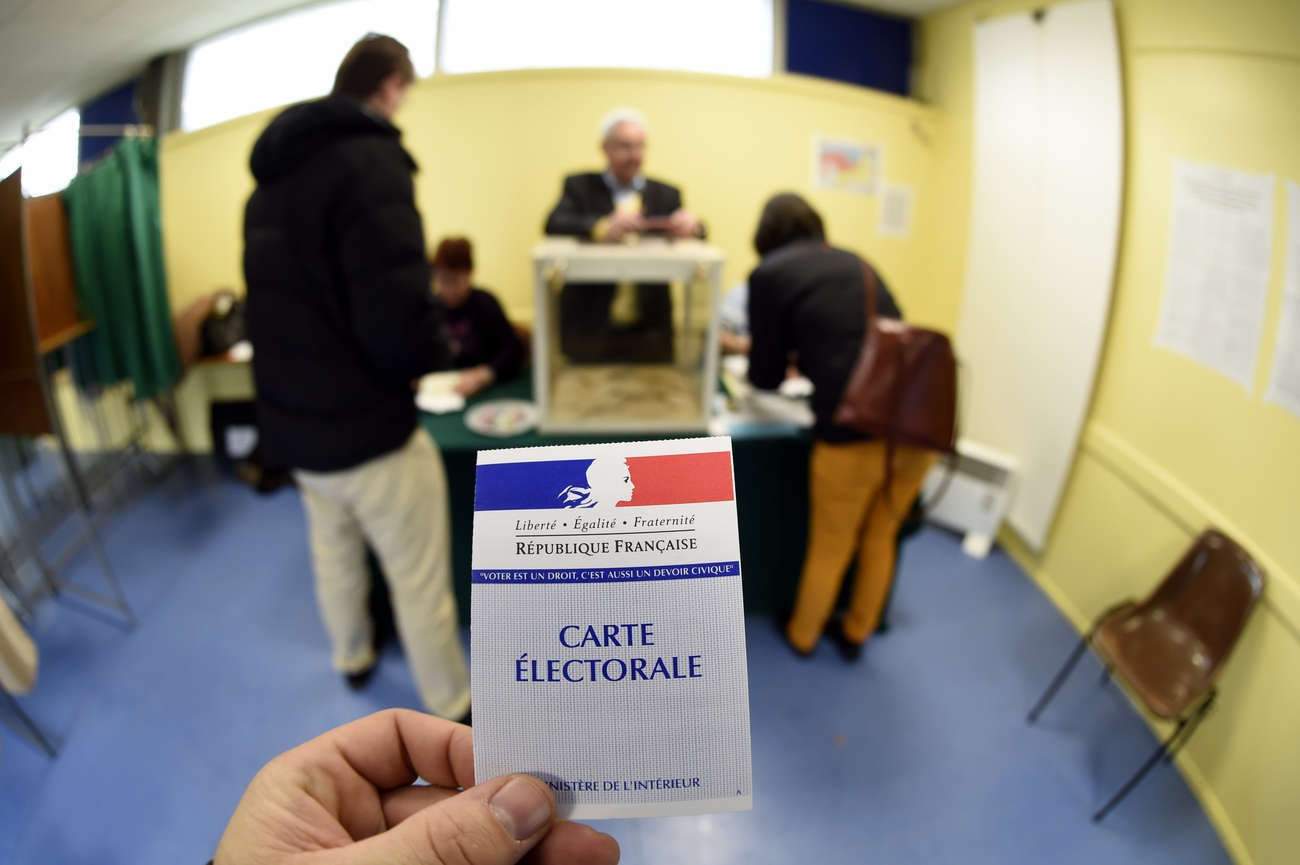 The Chinese coronavirus was the troublemaker and led to a 54.5% turnout. But the health situation does not explain the jacket that almost all the presidential party candidates are taking. The second round of voting will be called into question for next Sunday.

This first round of the municipal election of March 15, 2020 took place in the very particular context of the health crisis linked to Covid-19, which has caused, today, 120 deaths in France. The containment measures announced by the authorities prompted many voters to sulk at the polling stations. As a result, abstention rose to a rarely equalled level of 54.5% in France.
The first lesson of this ballot is clear and not open to dispute: almost all candidates LREM or supported by the Marchers are in difficulty or even eliminated. Not surprising, after the unacceptable policy of the President of Jupiter since his election in 2017, the calamitous management of the Yellow Vests crisis and, above all, the way in which the pension reform project that ended with 49-3 was imposed.

Hidalgo in the lead in Paris

The presidential rejection was therefore expressed at the polls this Sunday.
In Paris, where three women were running at the head of the race. The outgoing mayor, Anne Hidalgo (left) is largely in the lead with 30% of the votes ahead of Rachida (right) 22% and Agnès Buzyn (Union du Centre, candidate of the presidential party) 17%. David Belliard’s Greens (EELV) totalled 11.5% and Cédric Villani, the mathematician and former LREM minister, reached a ceiling of 6.7%.
In Lyon, the Greens come first with Grégory Doucet (29%) followed by Etienne Blanc’s Les Républicains (16.5%) and Yann Cucherat’s Union du Centre (14.9%).
In Strasbourg, the Greens came first with Jeanne Barseghian (EELV) who received 26.7% of the votes followed by the candidate of the macronist party Alain Fontanel (20.6%), then Catherine Trautmann representing the Socialist Party (19.4%), then Jean-Philippe Vetter (Union of the Right) with 18.2%.
In Mulhouse, Michèle Lutz (various right-wing parties) came first (33.66%), followed by Loïc Minery (EELV) with 22%, Lara Million (various centre parties) 20%.
In Nancy, where the duel between the outgoing mayor Laurent Hénart (various centre) and Mathieu Klein (various left) was eagerly awaited, it is finally the challenger and current president of the Departmental Council who comes first with about 38% of the votes against 35% for the outgoing mayor, supported by the presidential party LREM. The Greens led by Laurent Wattrin came in third place but far behind with around 11% of the votes. Will the second round confirm the trend?
In Sarrebourg, Moselle, where three right-wing lists were vying for the mayor Alain Marty (LR) mayor for 31 years was re-elected in the first round with nearly 52% of the votes, followed by Catherine Vierling (25%) Jean-Marc Weber (14%). The list of Fabien Kuhn and Catherine Grosse received 7.7% of the votes.

At the end of this first round of voting, and in view of the health crisis, many votes called for a postponement of the second round. The decision should be taken before Tuesday 17 March 2020.