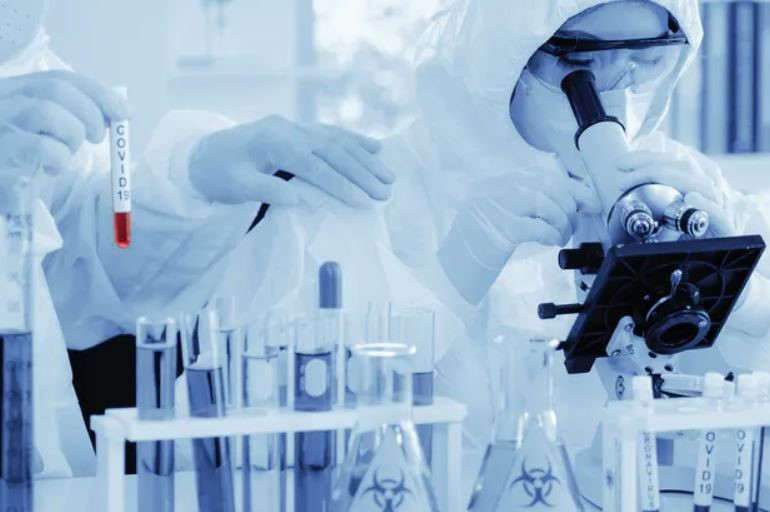 Many encouraging leads are emerging to combat the coronavirus, but they have yet to pass clinical trials.(Shutterstock)

Since the appearance of Covid-19 disease caused by the coronavirus SARS-CoV2 in early January 2020, doctors and researchers have been completely distraught. They do not understand this new pathology. One after another, the most knowledgeable scientists are on television to tell truths that are immediately contradicted by others. We have gone from the “grippette” of early January 2020 to the “war against an invisible enemy” of mid-March. Professor Raoult’s protocol in Marseilles provoked a planetary controversy coupled with a political and media quarrel.
Clearly, the scientific and medical community is tearing itself apart because it knows little about the origins and behaviour of this coronavirus, its pathological effects, and above all how to treat the many patients who develop serious forms of the disease. However, since its identification in China in November 2019, the coronavirus has infected nearly 2.5 million people worldwide and caused 166,000 deaths, including more than 20,000 in France. And it is certainly not over.

The cause and its effects

And now voices are being raised to say that the problem has been turned upside down. More and more doctors, in France and around the world, are saying that we must treat the cause and not the effects.
Doctors in New York, Bologna, Grenoble and elsewhere are finding that Covid-19 caused by the SARS-CoV2 virus does not create ARDS (Acute Respiratory Distress Syndrome), but a vascular hypoxemic disorder (a lack of oxygen in the blood of vascular origin through diffuse thromboembolisms, or “clots” in the vessels).
It’s as if the patients were suddenly in an airplane at an altitude of 9,000 meters and the cabin pressure was gradually decreasing,” says Dr. Cameron Kyle-Sidell, an emergency physician in charge of a Covid-19 center in New York City. Patients are slowly being deprived of oxygen. »
The same reasoning was used by Prof. Sandro Giannini in Bologna. For this doctor, “the cause of death of Covid-positive patients would be due to generalized venous thromboembolism, mainly pulmonary.” If this were the case, it would have to be admitted that “intubations are useless, since thromboembolisms must first be dissolved or prevented”. Indeed, it is useless to ventilate a lung if blood does not reach the lung. According to Prof. Giannini, nine out of ten people who are ventilated die because the problem is cardiovascular and not pulmonary.
It remains to be understood why blood clots form in patients with Covic-19.

Near Grenoble, France, Dr. Sabine Paliard-Franco treats her patients affected by Covid-19 with macrolide antibiotics associated with 3rd generation Cephalosporin called C3G. She is obtaining spectacular results. We have contacted her but she is not authorized by the Council of the Order to speak to the press.
It should be noted that Professor Raoult’s protocol also contains a macrolide, azithromycin, and hydrochloroquine-Plaquenil (an anti-inflammatory).
Finally, three doctors, including two from Moselle: Denis Gastaldi (Morhange), Jean-Jacques Erbstein (Créhange) and Olivia Vansteenberghe, in Wormhout (Nord), have developed a drug combination based on azithromycin but without the hydroxychloroquine advocated by Pr Raoult. And all three have seen a marked improvement in the condition of their patients affected by the coronavirus. Because they treat the cause and not the effect.

-You are one of the few doctors who offer treatment to their Covid-19 patients with significant results. Can you explain that to us?

-We don’t treat Covid-19, but we do prevent its complications. -Yes, we do. Because we know that this virus causes a cytokine storm, i.e. a severe inflammation of the body with immuno-allergic reactions. And there are thromboembolic mechanisms with risk of pulmonary embolism. We asked ourselves the question of how we could break this mechanism so that our patients could get through the seven-day period. This is the most difficult stage, especially in patients with risk factors for complications (elderly, obese, cardiac, etc.).

-What was your approach?

-With two doctor friends Denis Gastaldi (Morhange) and Olivia Vansteenberghe, in Wormhout (Nord), we met on the Facebook forum “the doctors’ couch” where some 15,000 professionals come to exchange ideas. While discussing, we realized that all three of us were prescribing azithromycin long before Raoult included it in his protocol.

-And what are the properties of this drug?

-It is an antibiotic of the macrolide family which has the property of provoking an antiviral action (we do not know how or why at this stage) but above all an anti-inflammatory action. I know him to prescribe this antibiotic year-round to patients with bronchitis.

–And this antibiotic is prescribed alone?

– I also prescribe zinc, a trace element that has an antiviral action and Montelukast (from Singulair) against asthma, an anti-inflammatory with pulmonary aim. I add a heparin at a preventive dose to avoid complications such as phlebitis and pulmonary embolism. In other words, to avoid blood clots.

-Since we started this protocol, we’ve had no more hospitalizations. -Yes, we have. With the two doctors I told you about, we have a series of 200 patients plus one hospitalization. Since the articles published in the press we have been solicited by many doctors like Dr. Bellaiche in Paris. That is to say a total of 400 patients treated with our protocol.

-We have to be very, very careful. -Yes… These are just observations. We have to wait for the results of the studies on this protocol to draw definitive conclusions.
We received a call on Tuesday from the Medical Association asking us to be “careful and discreet”. Indeed, we were denounced by colleagues who considered that we were advertising ourselves. This is obviously stupid since neither they nor I have anything to do with advertising. The only interest in communicating our results was to share our findings and to invite experts to launch studies.

-Are you not supported by the profession?

-Yes, of course by many general practitioners, but also by doctors from all continents. Because, remember, at the beginning, in January, February and even March, GPs had neither masks nor chariots. Some doctors paid for it with their lives. I know many nurses who stayed positive at Covid-19. After the first weeks of the astonishment, we took the full force of the wave, here in Moselle, as in Alsace. We couldn’t just let people die without doing anything. When I called on the 15th, I was told, “How old are you? Implied, if too old, he stays home. The resuscitations were full. We had to find something.

-Today we’re insulted by the bigwigs. They tell us, in 80% of cases, people are cured. Yes, but we have to see in what condition. We see that we have to administer our protocol as soon as possible. Three days later, they’re better, it’s spectacular. But, once again, we have to wait for the results of ongoing studies before we can be certain.

*Jean-Jacques Erbstein is a general practitioner in Créhange in Moselle.