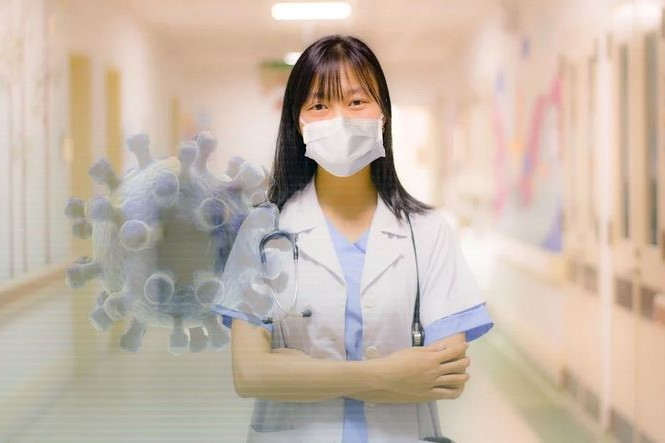 A survey by the Union of Nursing Professionals shows that nurses lack everything: masks, hydro-alcoholic gel, over-blouses etc. The SNPI spokesman, Thierry Amouroux, speaks of a “state scandal”.
Solved the shortage of protective masks for nursing staff? Not quite, according to the results of a survey carried out from March 31 to April 4, 2020 by the National Union of Nursing Professionals (SNPI) CFE-CGC among 32,047 nurses, nursing executives or specialized nurses. The figures are barely believable: 81% of nurses lack FFP2 masks (91% in psychiatry and liberal professions); half lack hydro-alcoholic gel; 59% of nurses lack gowns.
For the nurses in care institutions: only 42% have a chiropractic mask every 4 hours (recommendations of good practices) 18% in psychiatry, 35% have only one mask per day (after a few hours in a row, it is too wet to be effective) 11% do not manage to have a mask! Especially in the psychology (36%) and EHPAD (13%). Only 12% in as many masks as necessary to work (may need to be changed in case of projections). Only 64% received the “18 regional clinical masks per week”, and one third received the FFP2!

Chronology of an incursion

We are angry,” explains Thierry Amouroux, spokesman for the union. We discovered on March 3, 2020 that successive governments, since 2013, had decided not to renew the strategic stocks of protective masks. ON went from 1.5 billion to a few million. This is a serious mistake”.
There was a precautionary principle to be respected.
That is not all. At the end of December 2019, the epidemic appeared in China. Some 60 million people are confined. “The government should have launched an order for masks,” continues Thierry Amouroux. Nothing has been done. »
January 24, 2020: red alert “There are three cases in France. We should have launched an emergency order”. Still nothing.
Early February: the epidemic spreads to Italy. Still nothing. “Agnès Buzyn made us lose two months,” adds the SNPI spokesperson. Her successor discovered the extent of the negligence and launched the first orders for masks at the end of February. »
Finally, on March 3, the government requisitioned all the masks produced in France. On March 21, France urgently orders a thousand respirators.

“It’s not just a matter of delaying orders, but of endangering the lives of others. We’re angry,” continues Thierry Amouroux. Because he lacks everything. We lack tests. The WHO has been asking for weeks to test patients. South Korea managed to stop the pandemic this way. In Germany, 500,000 tests are carried out every week. »
In France, there are 75 labs offering their services to produce between 150 and 300,000 tests/week. “They were refused because they were not approved. The agreement to produce tests was given to them on April 6. Three weeks were lost. »
Hence the exasperation of the health personnel and especially the SNPÏ nurses: “If we had done the right thing, many avoidable deaths could have been avoided,” insists Thierry Amouroux. It is in the name of all these deaths that we, along with others, will initiate criminal proceedings against ministers and senior officials responsible for this state of affairs. They will have to be held accountable. »