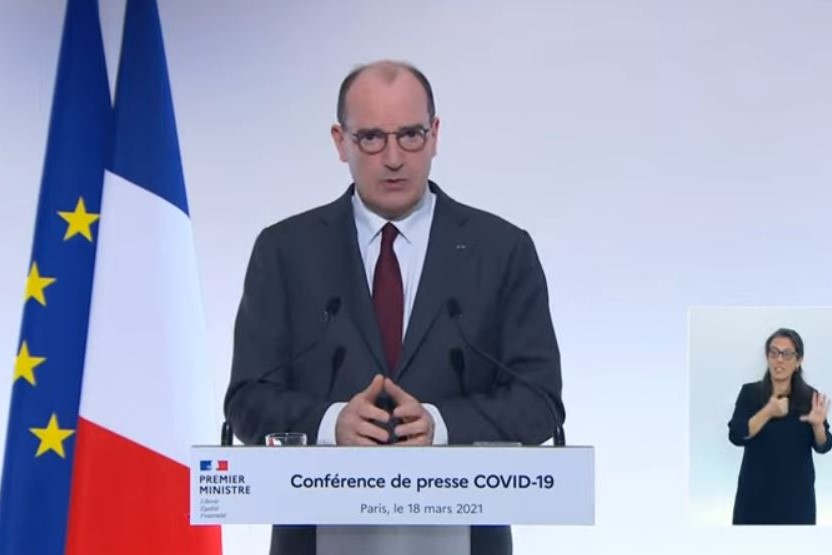 The Prime Minister and the Minister of Health announced on Thursday new measures to curb the epidemic of Covid. The restriction of freedoms concerns 16 departments for four weeks but schools and shops of first necessity will remain open.

This is a third confinement for the inhabitants of Ile-de-France, Hauts-de-France and some departments decided by the French authorities from this Friday, March 19 and for a period of four weeks. The 16 departments are the following: Aisne (02), Alpes-Maritimes (06), Eure (27), Nord (59), Oise (60)Pas-de-Calais (62), Paris (75), Seine-Maritime (76), Seine-et-Marne (77), Yvelines (78), Somme (80), Essonne (91), Hauts-de-Seine (92), Seine-Saint-Denis (93), Val-de-Marne (94) and Val-d’Oise (95).
In these areas, schools and colleges will operate normally, high schools will switch to a system of gauge at 50%. The shops of first necessity will remain open as well as the bookshops and the record shops. It will still be possible to go out of the house to get some fresh air and do some sports, without any time limit, as long as you stay within a 10 km perimeter around your home and have a certificate.
Another measure announced: Inter-regional travel will be prohibited, except for compelling and professional reasons.
An extension to other departments is still possible.

Elsewhere, the curfew is delayed to 7 pm. The Prime Minister asked “all companies and administrations that can” to encourage teleworking to reach, if possible, 4 days out of 5. Aware that these restrictions of freedom are difficult, Jean Castex explained that the situation remained very difficult in the departments concerned and that the hospitals were reaching saturation point.
Before giving the floor to Olivier Véran, Jean Castex insisted that the AstraZeneca vaccine remained a safe serum as confirmed by the High Authority for Health. The vaccination campaign will resume tomorrow,” he said. I myself will be vaccinated tomorrow with the AstraZeneca vaccine.
Thanks to the deliveries that are coming “we will keep the objectives we have set, added the Prime Minister: 10 million people vaccinated in mid-April, 20 million in mid-May and 30 million in mid-June. “