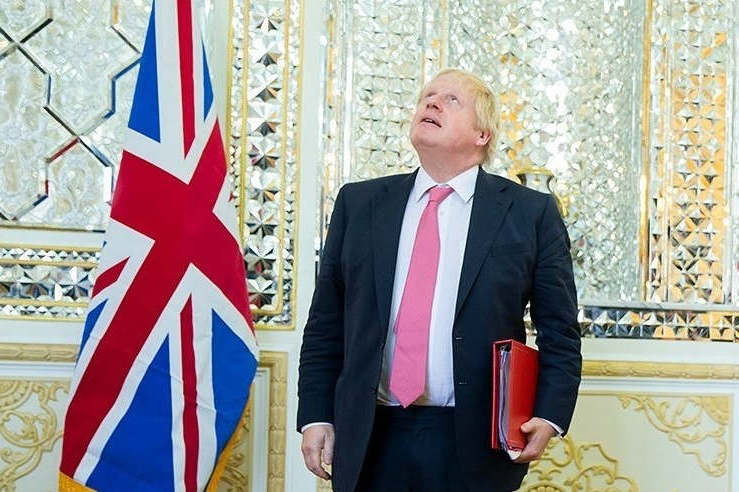 Things are not going badly for Britain post Brexit. These are early days but those in Brussels, hoping to have a weakened UK to deal with, will have been disappointed.

UK Prime Minister Boris Johnson will be especially pleased with the results of the latest regional elections across the country. Combined with a big parliamentary bi-election win in the traditional Labour constituency of Hartlepool, they confirm once more that predictions of post Brexit doom were well wide of the mark.
The results show that the Right is uniting behind the Prime Minister to make a success of Brexit and that the anti Brexiteers, the Left and the Greens and the Lib Dems are fragmented. Frustrated pro-Europeans in the South East show signs of continued discontent but not enough to upset the electoral apple cart.
In Scotland the government held the line. The Scottish Nationalist Party (SNP) did not achieve a majority of seats or of votes cast. They are still a threat to unity but the break-up of the United Kingdom is not for today, it seems.
The SNP will remain in government with Green support. The result is not better than in 2011 and does not overwhelmingly justify another referendum. They will of course ask for one. But having agreed in 2014 that the referendum that was granted would be for a generation, they needed at least to show real progress in support. This they have failed to do.

Shetland and Orkney stubbornly refuse to vote for the SNP

Significantly, in the South of Scotland, the border regions with England show little enthusiasm for independence or the hard frontier that independence would bring for the first time in hundreds of years. In all the constituencies anywhere near the border a majority voted for parties in favour of retaining the Union, with one exception, Midlothian South.
Along the border itself, all three constituencies again voted for the Conservative and Unionist party, to give it its full name. Assuming independence came about, how would this border be imposed on people that have consistently voted against it?
Off the north coast, both the Shetland and Orkney Islands stubbornly refuse to vote for the SNP. Should the need arise, they might decide with their energy rich waters to stick with Westminster or themselves seek independence from far away Edinburgh.
For the UK, on the commercial front, Trade Minister Liz Truss is steadily signing trade agreements with Britain’s commercial partners and in some cases, like Japan, on better terms than those obtained by the EU. There is every sign that the theory that the only way to prosperity is through massive deals agreed through Brussels is invalid. It would seem that a single country, knowing what it wants, is in as good or perhaps better position to do deals than a member of the EU tied down by endless negotiations with other members with differing needs.
The idea that the City of London would be seriously damaged by being cut off from the EU single market has also turned out to be wrong. There is no sign of distress in the City or meaningful loss of staff to Europe and every sign of EU financial institutions opening offices in the City.

The Pound is relatively buoyant

Fisheries remain a problem and there is great discontent amongst the UK fishing community who had hoped for more than they have obtained so far – a modest increase in quotas. The biggest problems arise from the immediate disruption to the system of distribution which had become integrated with continental Europe. British fishermen who had become used to selling their catches in France, especially, are finding things hard.
British farmers, particularly sheep farmers, are also finding the market for their produce in the EU more difficult.
Cross Channel traffic via the Channel Tunnel is returning to normal but is not yet back to previous levels.
The situation in Northern Ireland is messy and Brussels shows no sign of making special exceptions to ease the problems on the North South border.
The economic performance of the country and the effect of Brexit have been confused and masked by the disruption caused by the Covid 19 pandemic. But generally there is little sign of the disastrous outcome that was predicted by those against Brexit in Europe and the UK. Recently the ultra anti-Brexit Economist Magazine Editor, Emma Duncan, went so far as to write, “the pain of Brexit is not as bad as I feared. The damage from Brexit seems to have been relatively mild. Financial services seem to be having a less painful Brexit than I expected…despite being left out of the trade deal with the EU”.

The very effective performance of the British government in organising Covid vaccinations, compared with the stumbling efforts of the European Commission, has undoubtedly boosted the government’s image.

From an EU point of view none of this is good news. A confident British government is not likely to be easier to deal with.
Above all, Brussels will be worrying about the effect this will be having on other EU member states. The Eurozone system is already putting immense stress on members in the South notably, but not exclusively, Italy. The Germans and others in the North are becoming increasingly unwilling to be dragged further and further into financing weaker states.
It is not difficult to imagine that an increasing number of politicians and voters within the EU will have noted the, so far, successful British example and will be asking themselves the fatal question, ‘Do we really need the European Commission to tell us what to do? ‘