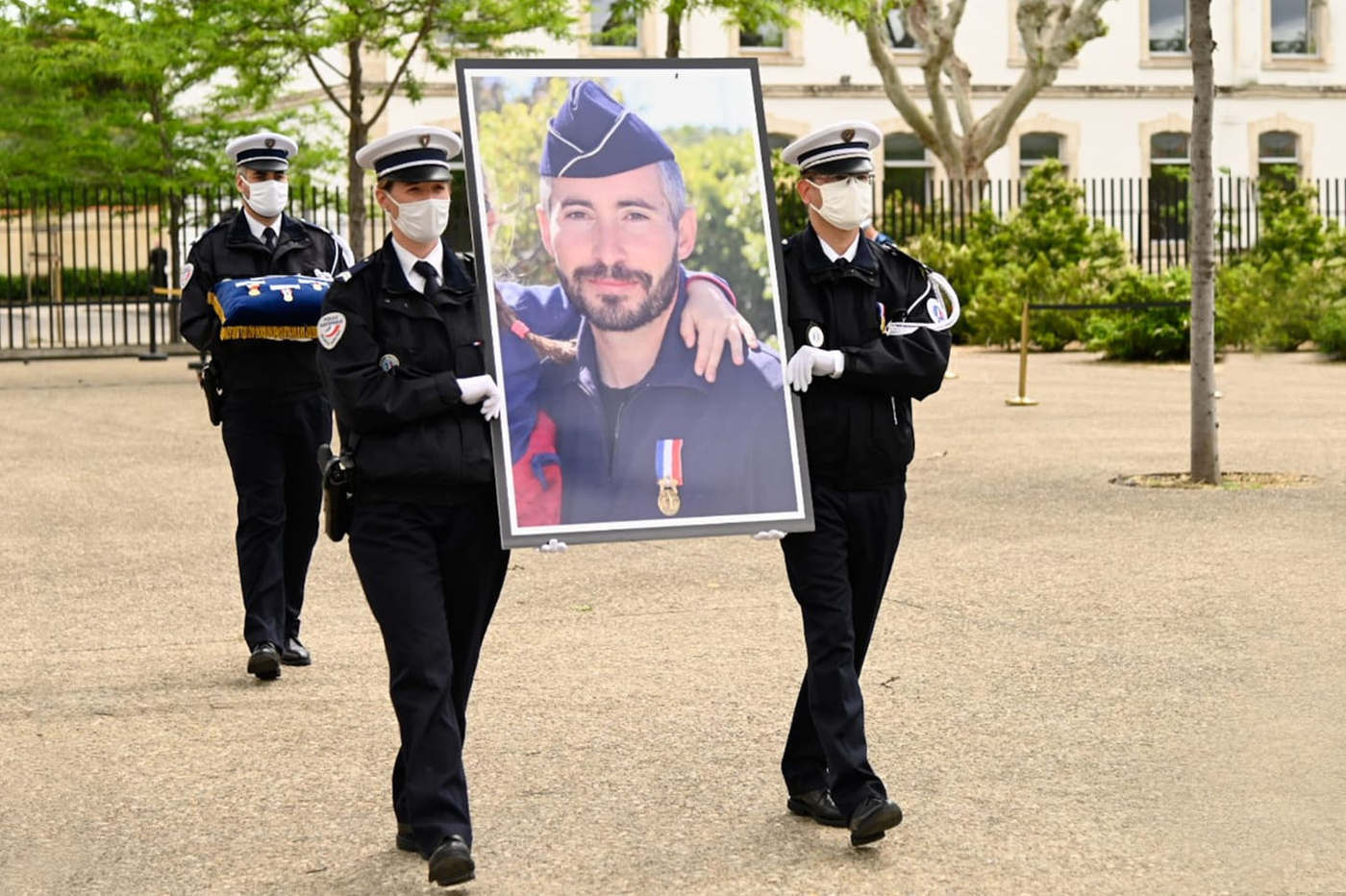 The police unions call on citizens to gather to demand a firm penal response from their aggressors. Decoding with Laurent Massonneau, general secretary of the UNSA Police officers’ union.

Two weeks after the murder of Eric Masson in Avignon on May 5, and four weeks after the murder of Stéphanie Monfermé in Rambouillet on April 23, police officers can no longer bear to be the target of young criminals. Not a day goes by without the police and gendarmes being the object of more or less violent attacks, especially in the suburbs where they are targeted by mortar fire.

Prison, a path of initiation

How did we get there? How do you get out of prison? Laurent Massonneau, Secretary General of the Union of Police Officers (UDO) sees in this repeated violence “an American-type scenario with a phenomenon of packs or gangs whose leaders are known and recognized by the police and the juvenile judge. For these suburban kingpins,” he says, “prison is part of an initiatory course that leads them to commit increasingly serious acts. ”

The abandoned districts of the Republic

In these “lost” neighborhoods of the Republic, the police are not welcome. But they are not alone, says Laurent Massonneau. “Shops are closing one after the other, public services are degraded, there are no more doctors or pharmacies… It is becoming very complicated. ”
What response? “The problem comes from the application of the existing texts, underlines the general secretary of the UDO Police. The sanctions for violence against persons in authority already exist. No need to create new ones. It is still necessary that justice follows. The problem is that we are drowned under a pile of texts and procedures which always benefit the offenders. We have created such a millefeuille of legislative provisions that no one can find their way around anymore, not even the magistrates. ”

Juvenile delinquency: a problem of authority

To get out of the impasse, it would be necessary “a set of measures which begin by the restoration of the school authority. It is necessary to put the kids back on the right track and not to tolerate that they are stopped 5, 6 or 10 times without it changing anything. Multi-recidivist juvenile delinquents are known. It’s at school that this is played out: we have to rise to the challenge. ”

For the security aspect is only one facet of a more serious problem. “Parliamentarians must reflect on how to deal with delinquency, with a preventive and a repressive component. We must hit where it will be effective. I am in favor of judicial investigation to establish rigorous procedures for delinquents and troublemakers so that justice can apply the law. ”

“There is an emergency”.

Indeed, too often, when a patrol finds a drug deal, “it makes a flag but we do not demonstrate the materiality of the traffic, continues Laurent Massonneau. It is difficult for the magistrates to apply the law. The police work in a vacuum. The work of judicial police is necessary, to build solid files”.

For the general secretary of the UDO police, “it is urgent to take these problems of delinquency in hand if we don’t want these criminal acts and these American scenarios to be renewed”.