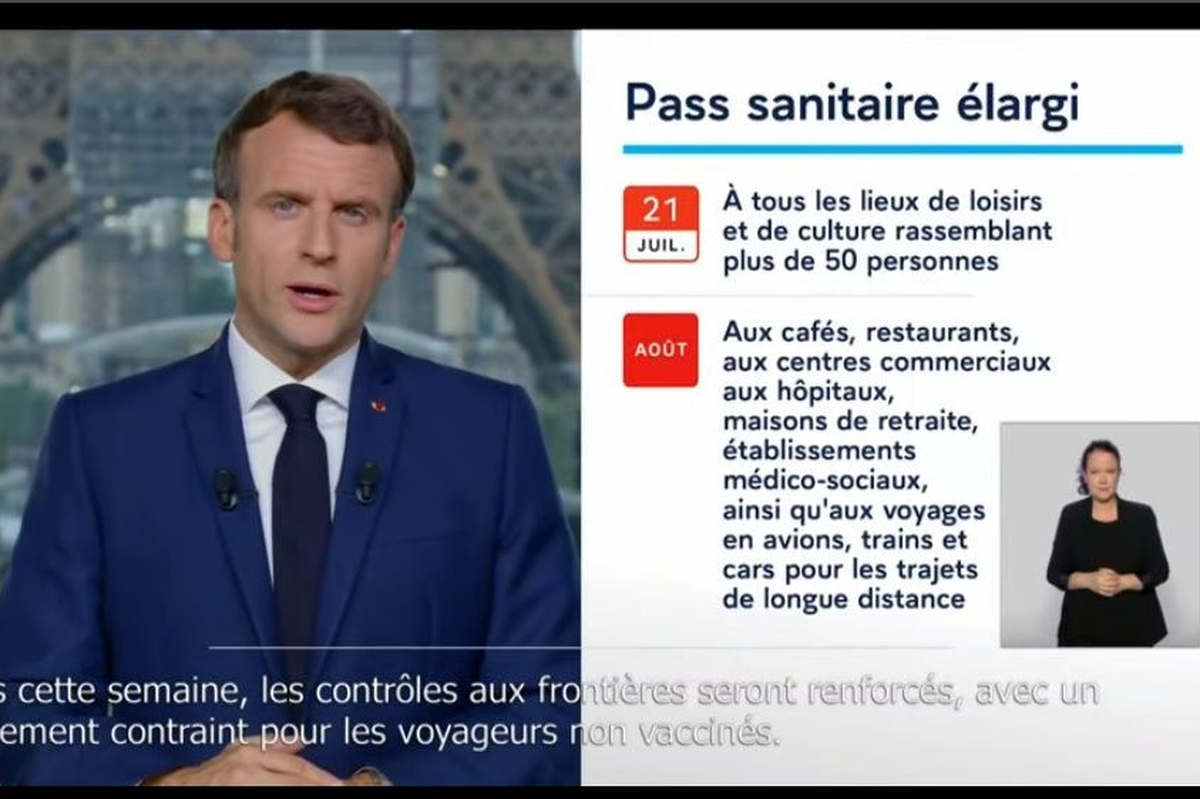 The measures announced on July 12 by the President of the Republic to force as many French people as possible to be vaccinated are far from being unanimously approved. They could come up against the legal barrier of the Council of State.

The President of the Republic has not done in half measures. In his half-hour speech, this Monday, July 12, Emmanuel Macron announced strong measures to curb the epidemic of Coronavirus. And it hurts. Let’s summarize this hunt for those who refuse to be vaccinated, in contradiction with his previous commitments (“I said it and I repeat it, the vaccine will not be mandatory”):

The President of the Republic then spoke about the economic recovery, the reform of the unemployment insurance and the future of young people.

As soon as they were announced, these measures provoked numerous and sometimes violent reactions on social networks. While 17,000 appointments for vaccination are taken every minute on Doctolib since the speech of the President of the Republic, thousands of messages on social networks denounce “the health dictatorship” of Emmanuel Macron compared to either Hitler or Kim Jung Un.
“I am a nurse, I am not vaccinated and I refuse to be vaccinated,” wrote one Internet user. “If I am forced to be vaccinated, I will resign. And there are several of us who are considering this option.
Philippe de Villiers: “My book “The day after” is being realized day after day. Tonight, France has tipped over into a totalitarian regime. The government intends to dispose of our bodies and our minds. Freedom is dead. Resistance is beginning.
As we can see, the measures imposed by the President of the Republic are far from being unanimous. From now on, they will be the subject of a broad political debate. But the President’s decisions could come up against a legal risk: they must be submitted, very quickly, to the opinion of the Council of State. The Council could reject them.
Pass or fail?