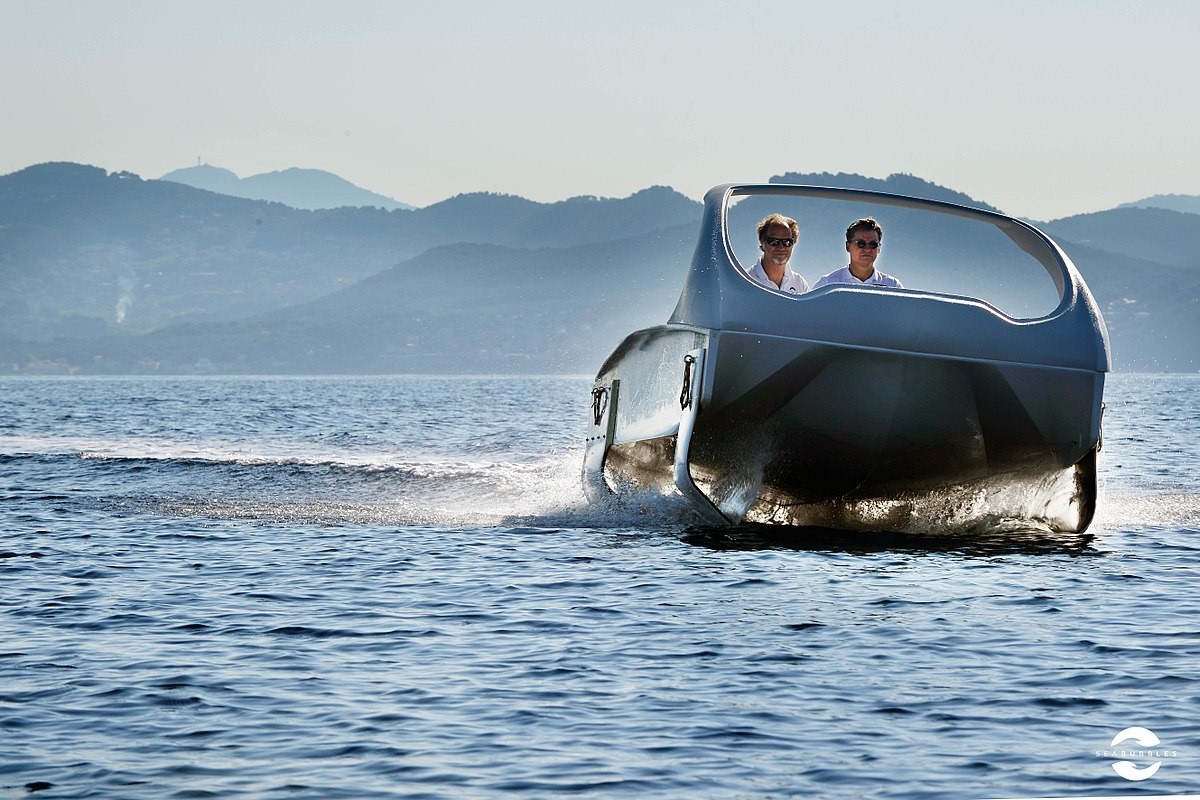 The story is old. But the former Secretary of State for the Budget, Christian Eckert, cannot resist the urge to return to this tasty episode when he was at Bercy and which says a lot about the mentality of a certain Emmanuel Macron, then Minister of the Economy, who has since become President of the Republic.

It all starts on the day of my appointment in April 2014. There was no transfer of power in the usual sense. My predecessor, Bernard Cazeneuve, had left his office in Bercy a few days earlier for the Ministry of the Interior, Place Beauvau.

This story may seem anecdotal, but it reflects the facets of a minister’s life, especially at Bercy. It is especially revealing of the gap that is opening up between Emmanuel Macron and me.

Always considerate, Michel Sapin called me as soon as the official announcement was made to agree with me on the precise conditions of my arrival at Bercy. In the absence of a real handover, he wanted to welcome me personally, with a few very close collaborators.

At the end of the afternoon, I entered the Hôtel des ministres with him, his chief of staff Claire and a few intimates by our side. Michel and I had a long half-hour tête-à-tête in my new office and discussed the situation, the constitution of my cabinet, our working method and the urgent dossier of the stability program to be transmitted to Brussels.

A future at the customs

Concerning the “house” of Bercy, Michel confided to me his concern about the customs. Forced to restructure, driven to evolve, even questioning its future, this administration is under maximum tension and social dialogue is almost broken. Michel has given me the specific task of dealing with this, of receiving their trade unions quickly and regularly, and of ensuring that the multi-year modernization plan is implemented without any major crisis.

During three years, I received the agents a lot, I visited the brigades very often, I programmed a thousand recruitments, “reversing the curve of the customs staff” and obtaining that the staff reintegrate the 14th of July parade, for the first time in decades. I spent a lot of time there, discovering a complex structure, particular jobs, as well as endearing women and men. More generally, our government has given a future to customs.

Bercy is located outside the golden perimeter that gathers in Paris the Élysée, Matignon, the Parliament and most of the ministries. Ministers’ time is as rare as traffic jams are frequent; but sirens and motorcyclists irritate Parisians. A river “shuttle” took us quickly on the Seine, from Bercy to the Place de la Concorde. Two customs boats, old-fashioned but comfortable and efficient, are piloted by customs officers to ensure the trips. Only members of the government are admitted, if necessary with their companions.

At the beginning of 2016, my office informed me that, on the Seine, customs officers had distinguished themselves by saving from drowning a desperate person who wanted to end his life: the two agents were bringing back their empty shuttle from the Concorde pier when they saw an individual jump from a bridge. They immediately approach the man who refuses to grab the buoy they throw him. A customs officer courageously jumps into the water. The rudder was blocked by a piece of clothing and the boat ended up against a bridge pier. But everyone ended up safe and sound.

The ministers’ offices are hyper-vigilant and watch over everything. Each appointment is scanned, detailed notes are made and the minister himself prepares the meeting. The day before breakfast, I am briefed on the next day’s reception. I listen distractedly, because I know these customs officers and I hear that they pay little attention to protocol and above all wish to share a convivial moment with them.

A new kind of shuttle

After having described the event to me, listed the pastries and drinks, and suggested the decorations to be handed out, my advisors told me about a “risk” of complaint from the river team: our two shuttles are outdated and often break down. Finding spare parts is becoming difficult and repairs are becoming increasingly expensive. It so happens that the river team has been approached by a start-up company offering SeaBubbles, a new kind of river shuttle.

I was shown a well formatted file, presenting photographic montages of these new, somewhat futuristic machines on the Seine, with a mini-port located under the Bercy building. I discovered these small electric vehicles, whose principle is based on that of the hydrofoils. The speed and morphology of these real “flying boats” make them practically take off from the water.

But the company that builds them is only at the prototype stage, nothing is yet approved, prices are unknown and, finally, a specific dock will have to be built to park and recharge the SeaBubbles. My advisors would like to inform me, in case the customs officers, obviously interested, would raise this subject.

The next day, as agreed, all the crews enter my office, their eyes wide open. It must be said that the place is splendid: immense bay windows open on Paris almost vertically to the Seine, the whole under heights giving an impressive volume. All penetrate here for the first time. One takes the photographs, dives on the pains au chocolat, pronounces the expected praises and prolongs this moment by speaking with one another around a coffee.

Of course, the person in charge of the group ends up taking out the SeaBubble file that I recognize immediately. I listen to him attentively, guessing that he wants to have new tools at his disposal, even if he remains cautious when addressing his supervisory minister. I answer with the same caution, indicating that the approach will be able to prosper once the vehicles have been tested and approved, and reminding him of the budgetary constraints that we have. I am committed to studying the project sympathetically, as long as it is technically validated and does not explode our expenses. I have not promised anything but I have not ruled out anything.

The teams left satisfied, promising me an invitation to their premises on the banks of the Seine for a forthcoming “lunchtime” aperitif composed of specialities from their regions of origin… I forgot about the SeaBubbles for a while. Only for a while…

At the beginning of July of the same year 2016, the Prime Minister went for a lightning trip to Corsica. I am in the delegation, because tax issues are extremely sensitive there: the hyper-derogatory non-regulation of inheritance tax and a few other equally favorable subjects in force on the island of Beauty – tobacco prices, additional tax deductions, recurrent non-payment of social security contributions for farmers… – are the subject of endless exceptions, regularly rediscussed at each finance law and each censure by the Constitutional Council.

The Corsican lobby in the Assembly is one of the most powerful. Many deputies, not necessarily elected in the constituencies of Corsica, have origins or ties to Corsica. François Pupponi, on the left, and Xavier Bertrand, on the right, are among them.

Just before boarding the plane home, I received an e-mail from my office reproducing two press articles. One of them, taken from Le Parisien, is entitled: “At VivaTech, Macron orders the first SeaBubbles for his customs officers”!

I can imagine the joy of the customs officers… Macron orders the toys that Eckert didn’t want to buy us! I don’t have a budget, I haven’t heard of a call for tenders, let alone signed an order for vehicles that were presented to me as only being at the prototype stage… And then “his customs officers”…

I spend hours improving our relations with them, struggling to restructure their network, managing police-justice-customs links, working on the fluidity of customs clearance operations in ports and airports, the reverse charge of VAT on international trade… And my colleague decides on his own, without even talking to me about it, to spend a few tens of millions on vehicles still in gestation on a budget that is not his! And, of course – that’s the point of the maneuver – he is quick to claim it in front of the press!

The Santa Claus of the river brigade

I almost choked, and immediately sent a text message to Emmanuel Macron, who had become the “Santa Claus of the river brigade” in the space of a living room, to ask him for an explanation. “What right do you have to order SeaBubbles for the customs? On what budget? Thank you for your answer.” His response was as quick as it was vague: “I didn’t order anything, the press is exaggerating, that said the company director is waiting for a sign… Otherwise he’ll go somewhere else.”

Those who know me know that my tantrums are rare. They are all the more violent that my tenacious resentment. The Ajaccio-Paris trip does not calm me down and, just after landing, I launch a raging tweet:

“#Macron is placing orders for SeaBubbles for customs. So he does everything at once this superman. Minister of all floors of Bercy?”

Usually my tweets are seen between 1,000 and 5,000 times. This one quickly reaches more than 50,000 views. The press got involved and, from Ajaccio, the Prime Minister tried to extinguish the controversy by saying good things about his two ministers, ensuring a perfect balance.

But behind this feud, which may seem exaggerated and anecdotal, a deeper rift is expressed. On many subjects, Emmanuel Macron has never stopped trying to outdo his colleagues and to systematically ride the horse of innovation – without any substantive argument: an outdated Eckert, thrifty if not stingy, who opposes a modern Macron, daring and investor. This is why what should have been an epiphenomenon has been scripted by the future Marcheur.

It is no coincidence that the Minister of Economy’s trips to Las Vegas for the French Tech Night were made on an unlimited budget, granted with the blessing of his future Minister of Labor, Muriel Pénicaud, who remains under suspicion of a possible offence of favouritism. It is certainly smarter to show up in Las Vegas in the spotlight than to manage the difficulties of an aluminum foundry near Longwy that employs – still – three hundred workers. I’m based in Lorraine, not in the Nevada desert.

The latest news is that SeaBubbles, these electric flying cabs, will soon be sailing on the Seine. Only for a trial run. The mayor of Paris, Anne Hidalgo, indicated at the end of November 2017 that, after lifting regulatory constraints, the first SeaBubbles could be tested in 2018. The Swede Anders Bringdal, co-founder of these marvels, welcomed this. So much the better. Our successors at the Economy, Bruno Le Maire and Gérald Darmanin, will then be able to judge together the relevance of a project specific to Bercy, ensure its financing and communicate on concrete, not on wind.

In fact, in August 2021, the Seabubbles’ epic knows a new stage. Le Canard Enchainé” reports strange facts, talks about abuse of social assets and counts the money sunk in this funny business. Fortunately, I avoided that the money intended for the customs disappeared, in spite of the funny game of my colleague of the time concerned with his image more than the interests of the State. Will these Seabubbles become a remake of the Ghost Ship?