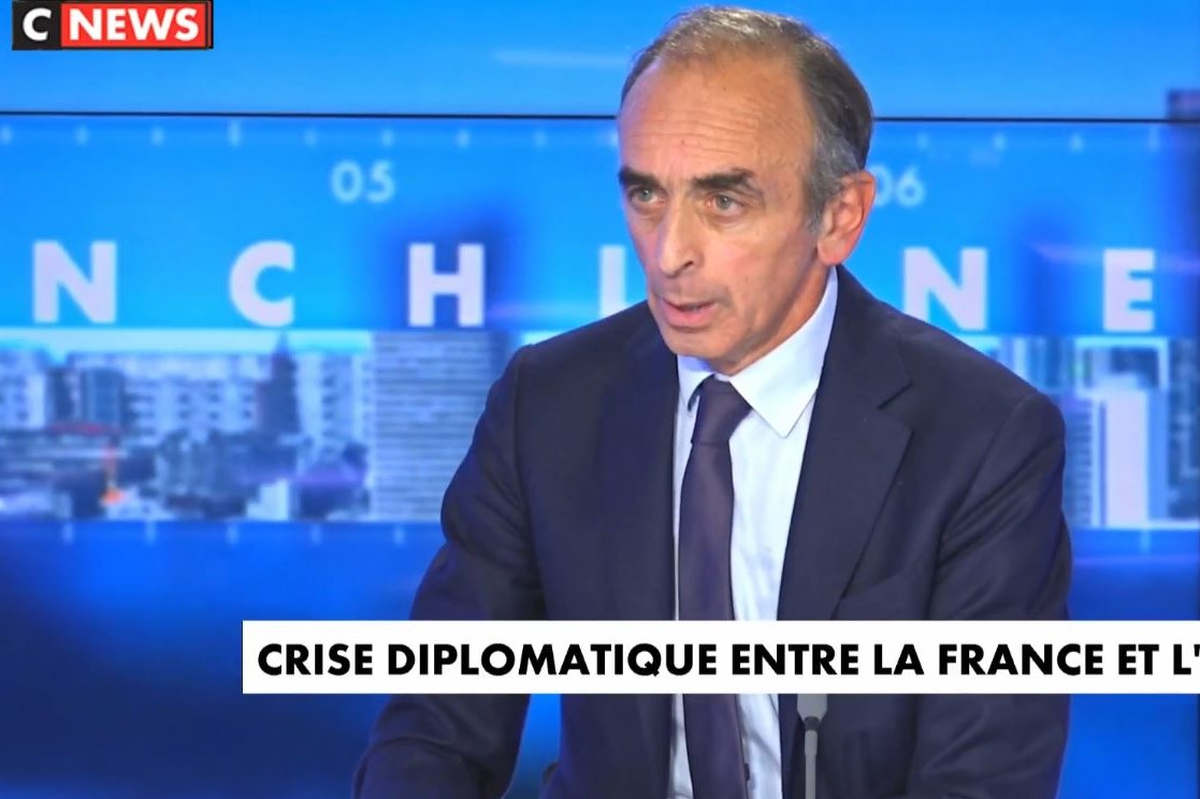 The journalist/politician is still climbing in the polls. He is now credited with 17% in a Harris interactive study. He could therefore qualify for the second round of the presidential election.

The political staffs are in a state of turmoil. Who will stop Eric Zemmour, this political histrionics, who is not yet a presidential candidate and who, however, is shaking up all the codes, climbing in the polls, taking votes from all the parties? And can he be stopped in his meteoric rise?
These questions give hives to all political leaders and not only to Marine Le Pen, who is tumbling in all polls to the point of being placed in third position.

How to explain this resounding intrusion into French political life? The left and the right did not take him seriously. He was classified as extreme right-wing when he presented his columns on CNews. So he could only overshadow the National Rally. And it suited Bertrand, Pécresse, Jacob, Hidalgo, Mélenchon and the others to see two far-right parties fighting each other.
And then, with his nationalist and identity-based discourse, pressing where it hurts, where others have done nothing for decades, Zemmour hit hard and drew wide. A little to the left, a little to the right, a little to the center. He has made immigration and security one of the major themes of this campaign. These are among the most unifying themes in a campaign.
It must also be said that the promotion of his book “La France n’a pas dit son dernier mot” (France has not said its last word) allows him to travel the country like a real presidential candidate. And it is a hit.

Marine Le Pen has understood the danger. Or rather the party’s militants. “I’m afraid she’ll disappear,” Robert explained to Europe1, in front of the town hall of Hénin-Beaumont. “She should have left her place to young people. To Jordan Bardella, for example.
The Republicans are stubbornly pursuing a strategy of decline. The party is lagging behind and will designate its candidate on… December 4. As expected. It will probably be too late to get back on track. Everyone knows it. Except Christian Jacob.
As for the left (PS), the ecologists and the extreme left, they are in the cabbage and have no hope of participating in the second round of the presidential elections in 2022. Except for a miracle which, in politics, is always possible.
Faced with this collapse of the traditional parties, the Zemmour dynamic is scoring points. The interested party notes it himself: “What is interesting is the dynamics,” he says on BFMTV. We were at 5, 8, 13 and then 17%. It means that my word has more and more echo in the country, it seems obvious to me. There are many people who listen to what I say, who agree with what I say and who think that there is a way with this speech.
This is not true for the moment. But the elections are set for April 10 and 24, 2022. That’s just over six months away. And between now and then, a lot can happen…