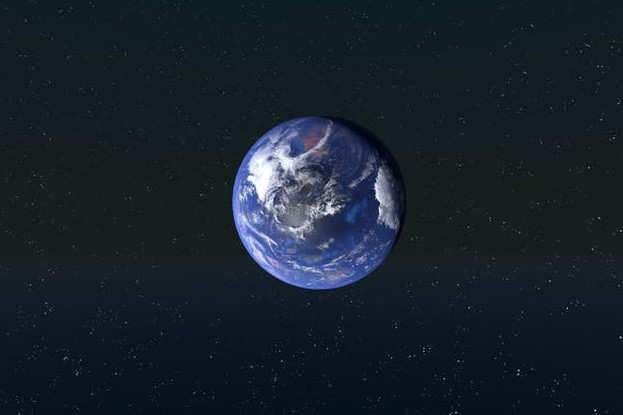 Viewpoint. As the 26ᵉ United Nations climate conference in Glasgow, Scotland, where representatives of the planet’s 196 countries met for two weeks, comes to an end, Christophe Grangeon explains here why this green grand-messe is a vast lie.

Since the end of the Second World War, the United States of America, in the name of saving Europe, of their saving alliance, of their Marshall Plan, have made us swallow their culture and their economy like geese being fed in the Périgord.
With their allies, they have proceeded in a gentle way, through cultural submission, the economic abduction of values and the appropriation of the elites. Thus, they have imposed their societal model and captured the wealth.
This is obvious in Europe and for some of their allies around the world, but for the rest of the world, it is through blood, arms and dictators that they have inflicted their economic model. Europe is slowly waking up from this bad dream, as China becomes the inevitable challenger.
The new polarization of the world, which has long been predicted, is underway. Since the end of the Cold War, the Americans have finally found an adversary that is able to stand up to them… and even to make them and the West tremble. The only God the US has is its greenbacks. The Bible and democracy, which they hold so dear, are only a pretext for more money. There is no American ideology outside the greed they show towards the rest of the world. Democratic proselytizing is just a well-trodden rhetorical ploy to which they refer with little regard for its primary meaning.

Capitalism and democracy, nothing to see

This is where the confusion of minds begins. The Americans, with the West in their wake under financial pressure, have mixed capitalism and democracy into a single entity that no longer finds its limits in people’s minds. Yet these are two notions which, if not opposed, are very different. This is a coup de force, supported by the political and economic defeat of the communist countries, the mere mention of which reflects in a single word the poverty of the people and the failure of the system. Perhaps because communism has become both a policy and an economy, it has been easy to pass off democracy and capitalism as one and the same… Manicheanism is a very handy tool for all governments in the world.

The capitalist war, waged by the United States in the name of democracy, which began at the end of the first world war and spread across the planet after the second, draws all its wealth and justification from the demographic lie. A shameless lie that our politicians are now trying to cover up in the face of accumulated evidence. Modern capitalism draws its source from the demographic expansion that it desires without limits, where each individual is a numbered productive unit, generating money and consuming goods. And even over-consuming, since this unit lives on credit. It therefore creates wealth twice as fast and allows the human growth bubble to grow without horizon.

The engine and its oil

But it is a soap bubble, the film that separates it from reality is thin and fragile. The lie is there, in front of our eyes, so huge and yet so simple to understand, which consists in saying that the planet can, without difficulty, support the billions of people that we are and even more to justify an unlimited growth and an unlimited accumulation of wealth. Capitalism is the engine of our economic system and demography its oil. In other words, our economic system survives only thanks to growth, which is itself the fruit of demography. The general state of the planet is catching up with us faster than expected and threatens the very survival of the species.

But let’s go back to our well-established semantic amalgam between capitalism and democracy. If capitalism no longer has borders with democracy, it is because it is enslaved to it. It does not regulate the system, but supports it ideologically, by opposing it to the other political systems that have failed over the last century. Democracy has become the slave of capitalism. So it is with the numbered productive units. Democracy has lost its soul in this victory of so-called individual liberties for the benefit of wealth and wealth alone.
We are therefore no longer in a democracy that uses capitalism to run an economy, but in a capitalist dictatorship that uses democracy to draw a line between good and evil. This dictatorship is based on a demographic lie and, in turn, an unmentionable ecological lie. Young people are still taught in school today that the earth has not reached its human population limit and can still support it… that we will be able to cope with anything. This lie has become, in view of the ecological emergency, insurmountable.

Our politicians are fully aware of this. But they are facing a wall of impasse. They are trapped in a political and economic paradox where admitting the truth is like admitting impotence and blowing up the bank with empty coffers. They are prisoners of a paradigm from which they cannot escape, except to destroy themselves by announcing the coming change. And change, as radical as it is necessary, means, for them, chaos. To confess is to deny their legitimacy and their existence on the public scene. To face reality is, from an ideological point of view, not possible at any price. That would amount to disappearing prematurely. If we are going to drive into the wall of the impasse, we might as well do it at full speed and be sure of the result.

Democracy is living its last hours

Since the beginning of the pandemic, the restrictions of the liberties to which we are subjected in the name of health and security of the masses (against terrorists of all kinds) are the proof that our societies have definitely drifted towards a capitalist authoritarianism whose limits we cannot see. Fear has become the necessary fuel for this drift. Our politicians claim to be safeguarding democracy by brandishing fear as a safe-conduct, and they end up with an authoritarianism that borders on dictatorship. This is the very negation of the democratic principle. There will soon be only one right left under our skies: to produce and generate money. Democracy is living its last hours. The new trans-state companies that are the Gafams have nothing democratic about them. They are the new state that imposes its rules and its way of thinking. Like China, they have become a multinational capitalist dictatorship.

The second lie, as huge as the first, concerns energy. We live in a world with very specific limits and we have claims that do not take them into account. All of our energy resources have a predictable lifespan: coal, oil, hydrogen, nuclear, etc. With our current growth requirements, there is no possibility of conversion to clean energy. The greenwashing of our economies is just another step to fuel consumption and a step towards the inevitable depletion of our wealth. The billions of people who are already suffering from the armed propaganda of fear, will soon suffer from supply disruptions and climate change, whose cascading effects have been predicted by the most eminent specialists since the 1970s.
The current pandemic is only an additional blow, a probable human error, and above all, a monstrous demonstration of the fragility of an economic-political system on the verge of bankruptcy. A bit like a giant mikado game from which one cannot help but remove the last stick when, sometimes, a simple breath is enough. The transition will necessarily involve a contraction of energy resources, but also food resources, and ultimately demographic resources.
Humanity probably still has some nice famines ahead of it.