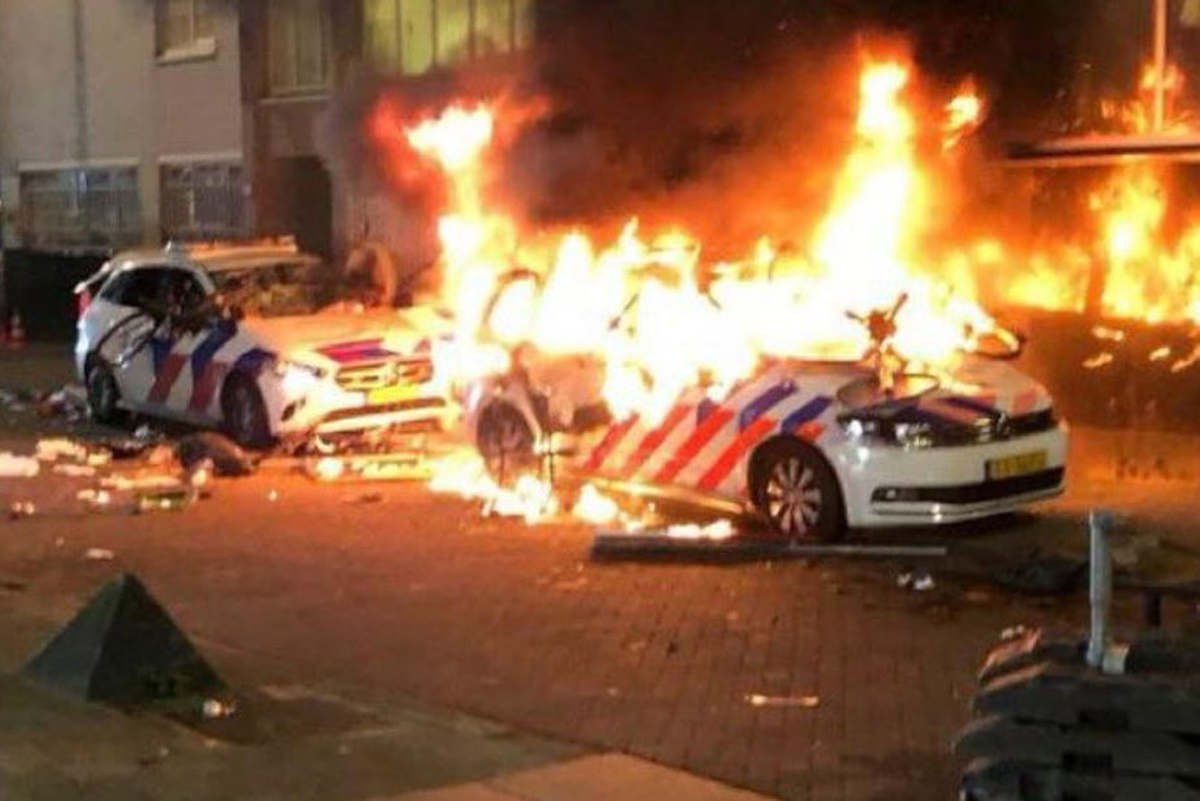 In Rotterdam, a demonstration against health restrictions turned into a riot. The police fired on the crowd. Several people were injured.

The health restrictions decided by the Dutch government, in particular the partial confinement and the closing of bars from 20 hours, has provoked the anger of a part of the population.
On the night of Friday 19 to Saturday 20 November 2021, incidents broke out on the bangs of the demonstrations in several cities in the country. In Rotterdam in particular, where the police fired, supposedly, warning shots, but which, in fact, targeted the demonstrators. Several people are injured and it was feared this morning that there might be deaths as well.
The demonstrators burned police cars in the shopping street of the port city. They threw fireworks and mortars at the police. Several dozen people were arrested.
The mayor of Rotterdam, Ahmed Aboutaleb, called the incidents “an orgy of violence”. The situation remains tense this Saturday morning throughout the country.