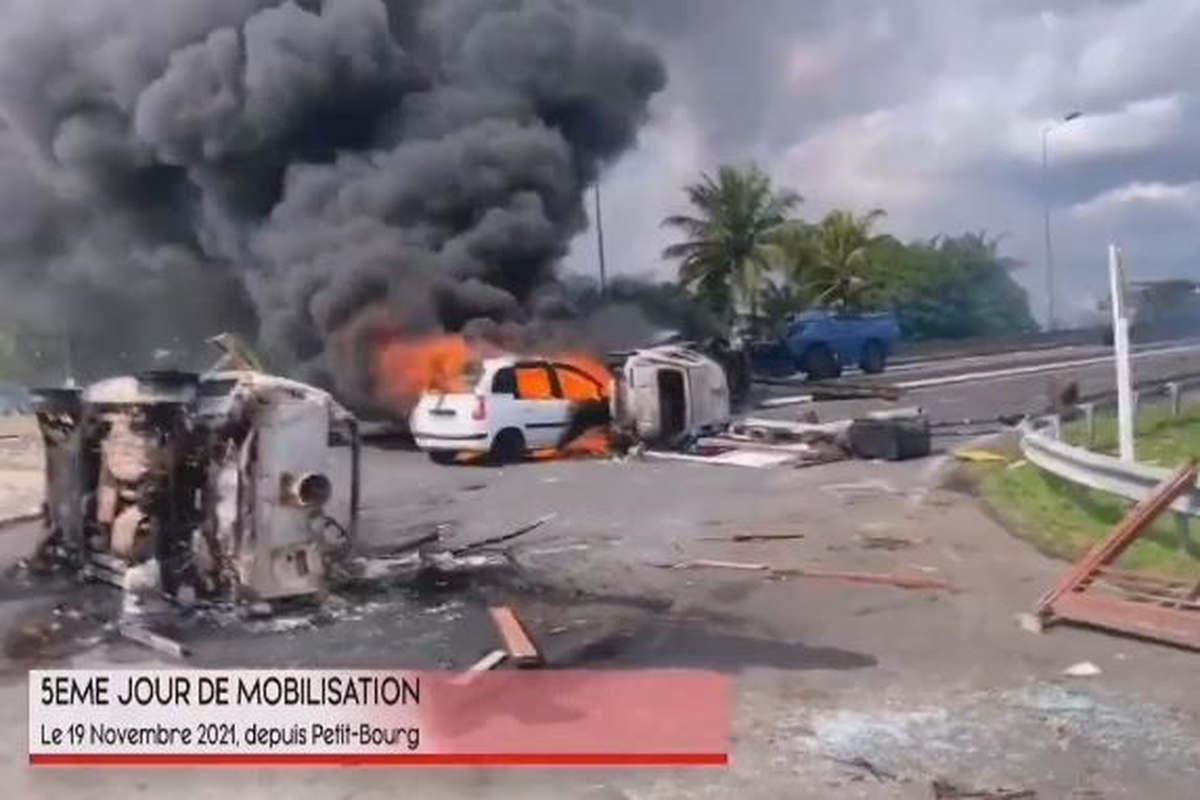 General strike against sanitary restrictions, violence, looting: the island is in the grip of an outbreak of violence. The government sent police reinforcements and the prefect decreed a curfew.

Located in the southern Caribbean Sea, Guadeloupe is a French overseas territory experiencing an outbreak of violence. Originally, the compulsory vaccination of health care workers was not accepted by the unions. An unlimited general strike was called on Monday, November 15, against a backdrop of recurring economic and social unrest in this West Indian department located more than 6,700 km from Paris.

After four days of strikes and demonstrations, the situation suddenly became tense. The main roads were blocked by vehicles. Then, we witnessed scenes of urban violence in several cities of the territory and particularly in Point-à-Pitre. The police, overwhelmed, watched helplessly as several buildings were set on fire, stores were looted and vehicles were destroyed.
Faced with these riots of a rare violence, Paris decided to send police reinforcements. The prefect, Alexandre Rochatte, decreed this Friday, the implementation of a curfew between 6 pm and 5 am.
But this measure seems insufficient, as things stand. The collective against the exploitation LKP (Liyannaj Kont Pwofitasyon), always requires the withdrawal of the vaccine obligation and the health pass.
The situation remains tense on the island, this Saturday morning. The riots could spread to the other islands of the West Indies. And, perhaps, well beyond …