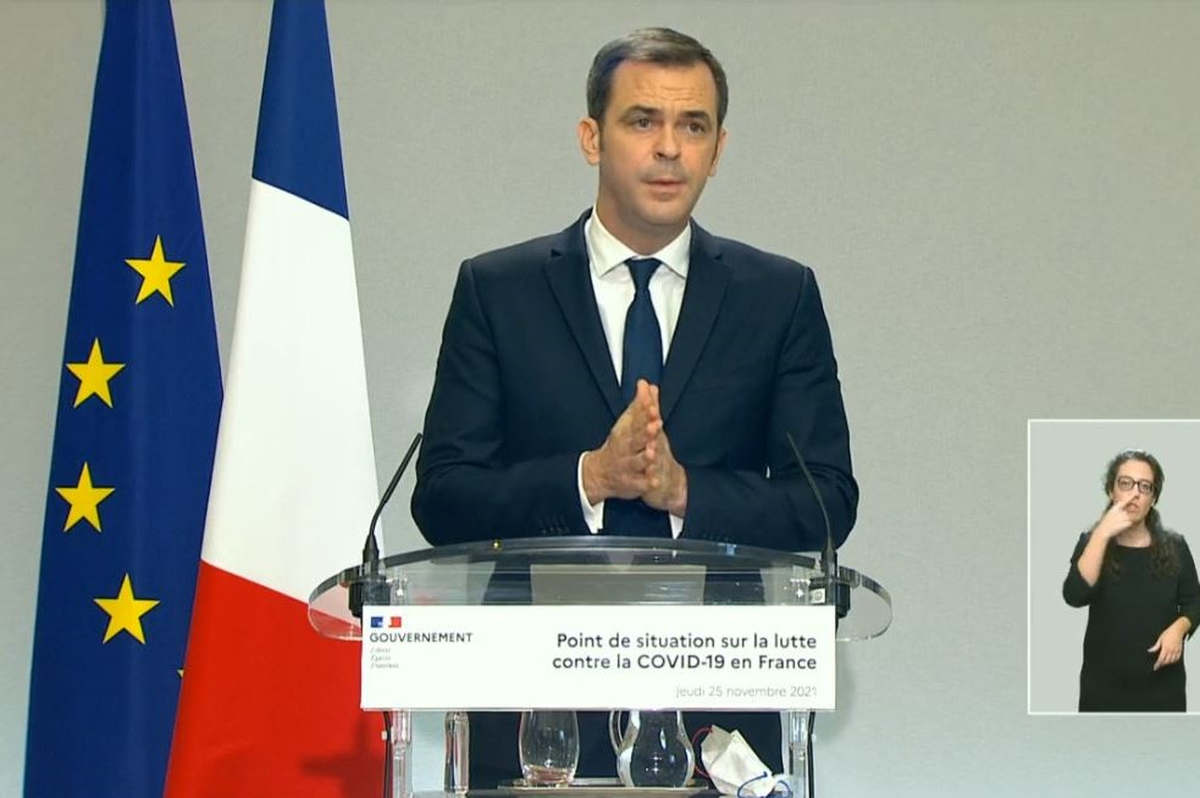 The health pass will be deactivated, as of January 15, 2022, for French people who do not have the third dose. As for the screening tests, they will have to be paid for and will only be valid for 24 hours. This is the concept of “freedom” according to the Minister of Health.

Olivier Véran and Pr Jérôme Salomon came to present us the new measures aiming at curbing the fifth wave of coronavirus which has been affecting all Europe, and thus France, for a few weeks during a press conference, this Thursday, November 25, 2021.
The Minister of Health wanted to reassure: “There will be neither confinement, nor curfew, nor anticipated closing of the businesses, nor limitations of displacement” he says at once. Because the executive intends to combine “freedom and responsibility” to curb the epidemic and thus avoid more brutal measures. “We still have our fate in our hands.

Then, the figures of the epidemic were given by Professor Salomon. These are 32,591 new cases of Covid-19 that have been detected in the last 24 hours in France. And the reproduction rate of the OR is 1.6, in other words, the epidemic is doubling every eleven days!
Olivier Véran took the floor to say: here are “facts and evidence”. Facts and evidence that justify, in themselves, a new tightening of sanitary constraints. No containment, but on the condition of accepting the whole new sanitary strategy of the executive.
And first of all by recalling the life-saving effects of the vaccine. “If we did not have this important vaccine coverage, we would be overwhelmed by the epidemic wave … and probably already all reconfined”. Hence the interest of the recall open to all French people aged 18 and over. Out of 25 million people concerned, six million have already received this third dose.

We are going to vaccinate a lot of people, starting this weekend, everywhere in France. But if I have already caught the virus, should I be vaccinated? Dr. Véran’s answer: “The infection corresponds to one dose of vaccine.
And for children aged 5 to 12? The subject is delicate. Because scientists do not agree among themselves. Olivier Véran knows this scientific controversy. He specifies that he seized the National Council of Ethics and the High Authority of Health to have their opinion. If it is favorable to this vaccination of children, then we will vaccinate, but not before the beginning of the year 2022, because it is necessary to receive doses of diluted vaccine for this age group.

We then come to the things that make people angry. The Minister of Health then mentioned the constraints that will apply to those who do not want to take the drug. As we know, there are a little over 6 million of them in France, including many caregivers who have been banned from practicing their profession.
The booster dose will be correlated to the health pass as of January 15 for all adults, seven months after the last injection.
As for the PCR and antigenic tests used as health passes for the unvaccinated, they will have to be paid for and their life span will be reduced from 72 to 24 hours! And then, the mask will be mandatory even indoors.
The Minister of National Education, Jean-Michel Blanquer, has specified that there will be no more systematic closure of class from the first case covid, but a screening of all students and only those who are tested negative can come to class.
And then, the mask will be mandatory even indoors.
These are the main lines of the new health system of the executive. The “Freedom and Responsibility” philosophy in all its splendor.
You’ll take a third dose, won’t you?