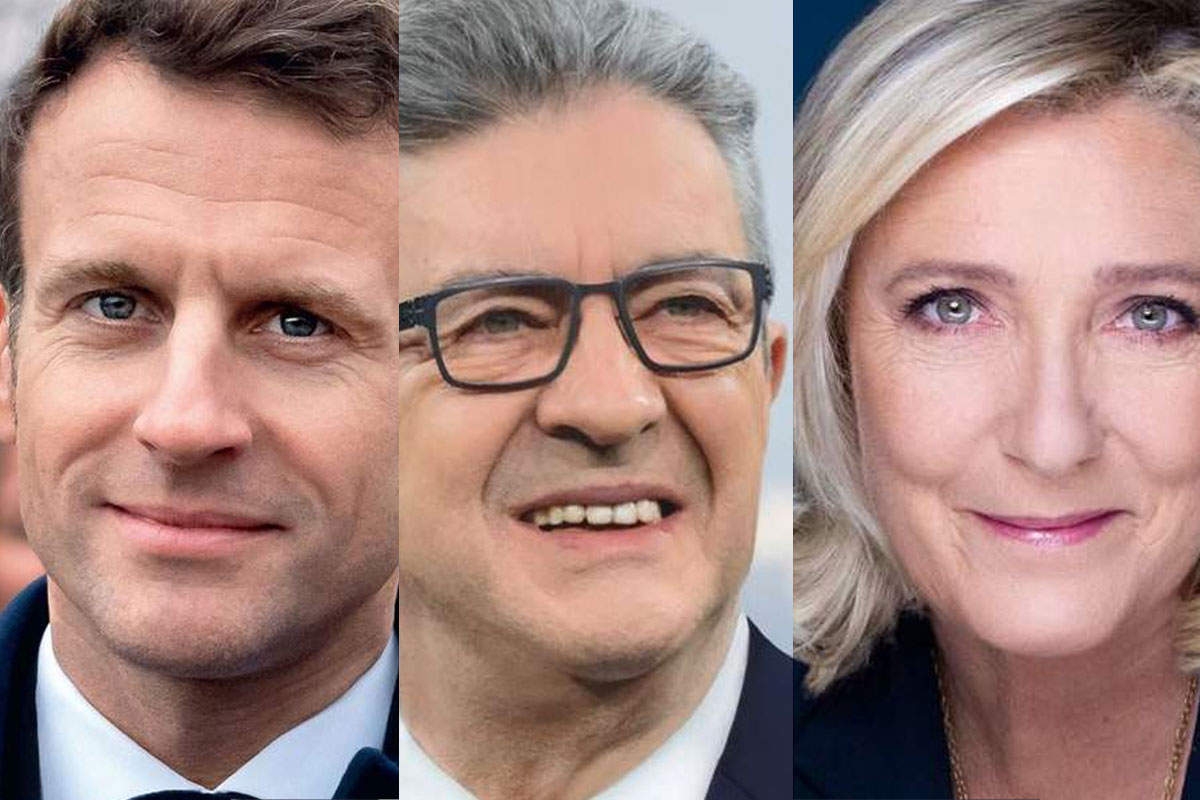 The election of April 10, 2022 is full of lessons on French politics. Latest figures and first comments.

The results of the first round of the presidential election on Sunday resemble a battlefield, with its winners and losers, its dead and its wounded. But, already, it is necessary to prepare the weapons for the second round, on April 24.
If Emmanuel Macron (27.60%) emerges victorious from the first round, Marine Le Pen (23.41%) comes in second place to fight the revenge she has been dreaming of since 2017. She is followed by Jean-Luc Mélenchon (21.95%) who has collected on his name almost all the votes of the left. The nine other candidates are far behind, none of them crosses the 10% mark and only Eric Zemmour exceeds the 5% mark allowing him a reimbursement of campaign expenses.

The end of an era

The figures are cruel. Valérie Pécresse has reached a ceiling of 4.79%. She will therefore leave a heavy slate for the Republicans: 7 million euros! The party will not recover soon. The so-called Republican right is crushed by a mediocre candidate who led a mediocre campaign. It is the end of an era, that of the heirs of General de Gaulle.
Yannick Jadot (4.58) demonstrates that “ecology”, a concept that is still a little vague, does not make an impression on public opinion, which is more concerned with end-of-month problems than with the end of the world. Ecology is good when everything is going well. It is made for the rich, not for the poor.
Jean Lassalle manages, in a minor way, to collect 3.16% of the votes. It is well known that for many French people, the Béarnais represents a protest vote, when one does not want to vote for the right or for the left, but one wants to vote anyway. In any case, he did better than Fabien Roussel (2,31%), the communist, than Nicolas Dupont-Aignan (2,07%) and especially than Anne Hidalgo (1,74%) who signs the death of the socialist party. It is a personal humiliation for the mayor of Paris, a monumental beating for the Socialist Party which will probably not be able to recover.
As for the last two candidates, Philippe Poutou (0.77%) and Nathalie Arthaud (0.57%), they were not expecting anything. But their low score shows that their members have voted useful in the first round by voting Mélenchon.

On the evening of April 10, French political life was recomposed around three major poles.

On April 24, the Macron/Le Pen duel remains uncertain. But these three components of French political life will face each other in the legislative elections that will follow the presidential election. And it is a safe bet that the National Assembly will not resemble the army of godillots of the previous legislature.
French political life is entering a new era.