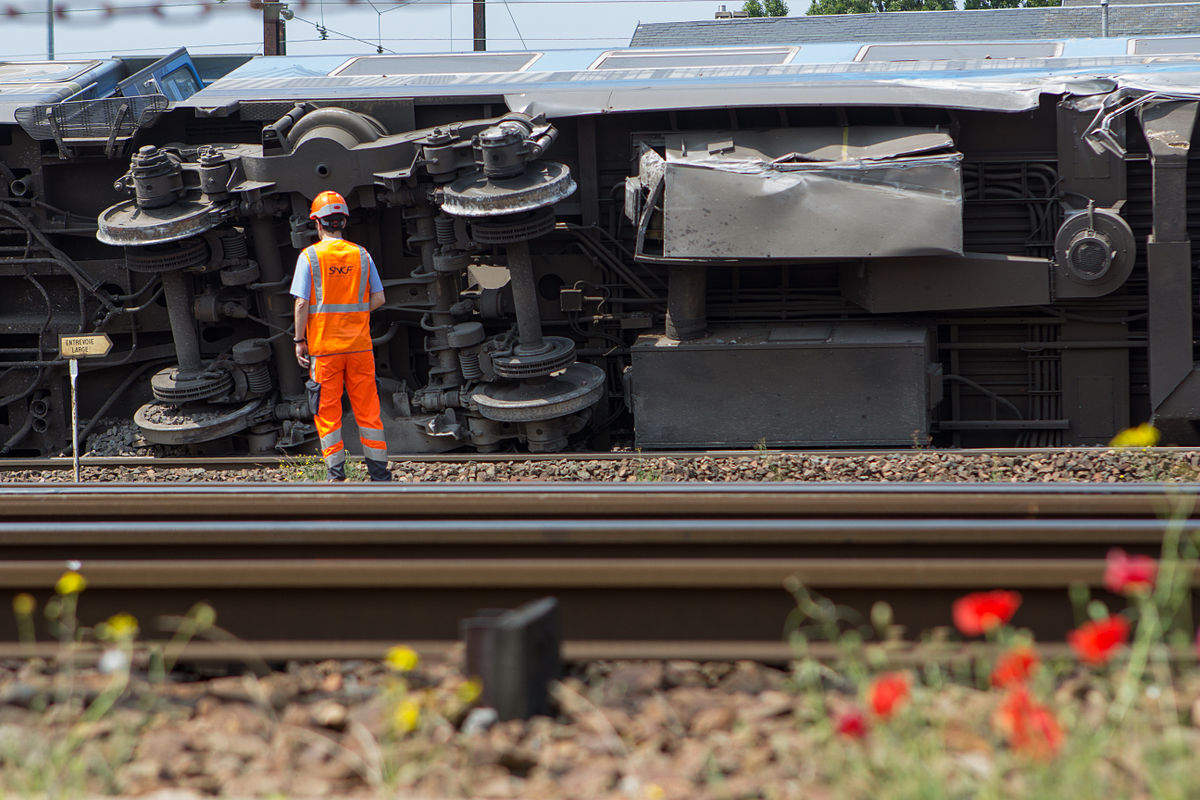 On April 25, the trial of the “Brétigny disaster” will begin. The SNCF, SNCF Réseau and an SNCF executive will appear before the Evry-Courcouronnes criminal court (Essonne) for involuntary manslaughter and involuntary injury. The State, which bears a crushing responsibility in this accident, does not seem to be among the accused.

July 13, 2013, 5:11 p.m.: the Paris-Austerlitz/Limoges Teoz train derailed at Brétigny-sur-Orge station (Essonne). The scene is apocalyptic: passenger cars are overturned or placed across the tracks. According to the civil security report, 7 people died and 70 were injured, 9 of them seriously.

Several investigations were immediately launched: by the SNCF, by the Justice Department, by the Bureau d’Enquête d’Analyses des Transports Terrestres, but also by specialized organizations mandated by the CHSCT of the SNCF establishments in charge of the maintenance of the infrastructures concerned.

The SNCF very quickly determined the “causes” of the derailment: a fishplate (a piece of metal used to join the rail to the switch) had become dislodged and stuck in the “heart” of the switch. This obstacle caused the train to derail. This type of accident requires a combination of multiple unfortunate circumstances. So the risk of it happening was close to zero. And yet it did happen.

The first elements of the judicial investigation

On July 6, 2014, the judicial experts state that “the main cause is a lack of maintenance quality” and point out “a state of disrepair – never seen elsewhere – of the armament of this switchgear located in a high-risk area (at the entrance to a station) with heavy traffic…”. They point out that “the process that led to the complete disintegration of the assembly was … spread over several months and concerned the entire switchyard, on which were found more than 200 anomalies of various degrees of criticality. The SNCF then denounced “outrageous statements”.

In 2005, the SNCF decided to call on external experts (Ecole Polytechnique Fédérale de Lausanne) to objectively assess the state of the French rail network. A victim of chronic under-investment, the “classic” network has deteriorated considerably over time. The State shareholder has not played its role, refusing to make the investments that are essential for the maintenance of the network.
In this kind of situation, the President of SNCF, appointed by the Government, finds himself between a rock and a hard place. Faced with complex situations, this top executive always has to pretend that everything is going well in the best of all possible worlds… Otherwise, it’s resignation… or the door !

It points to “the regular decrease in budgets allocated to maintenance (upkeep and renewal)”: since the beginning of the 2000s, “investments in renewal also seem to have experienced a downward trend of around 20% in total”.

The first person in charge

In short, the state of ageing and deterioration of the conventional network has been known for a long time by SNCF and RFF. It was twice brought to public attention through the publication of two external reports, the objectivity and conclusions of which have never been questioned.
The State could not therefore be unaware of the probable consequences of the financial precariousness it has inflicted on the managers of the French rail network. In fact, it is primarily responsible for the Brétigny disaster!

Subjected to these insurmountable financial constraints, the SNCF has reduced staffing levels and maintenance budgets, while the worrying state of the network required the opposite.

An audit conducted in 2014 for the SNCF “Infrapole” in charge of maintenance of the facilities at Brétigny points out that at the level of SNCF Réseau that:

Finally, he points out the overall impact on the field of the lack of resources:
“By a cascade effect, replacements (regeneration, routine maintenance) refused by the decision-making authorities (DMR, TP) defer the constraints to the level of minor maintenance. As a last resort, on the sector team whose means are insufficient (reduced competent staff, equipment with uncertain availability)”.

As of 2014, 80 new agents were hired at the Establishment level that covers Brétigny, which is an implicit admission of the staffing shortage that preceded the accident.

The State shareholder, the only real decision-maker at SNCF, is the main culprit in the Brétigny accident, but none of its representatives are among the “accused”.
The policy of under-investment carried out for years by successive governments, the ostrich policy ignoring the alarm signals drawn by two reports, make the political decision-makers guilty of non-assistance to a person in danger.

However, it will be the railway workers who will have to answer before the Court for acts of which they had no real control.
Once again, it is the “lampistes” who are likely to pay the highest price…

As for the regeneration of the classic network, to this day, the investments remain insufficient… and the infrastructures continue to age.
But that’s another story!