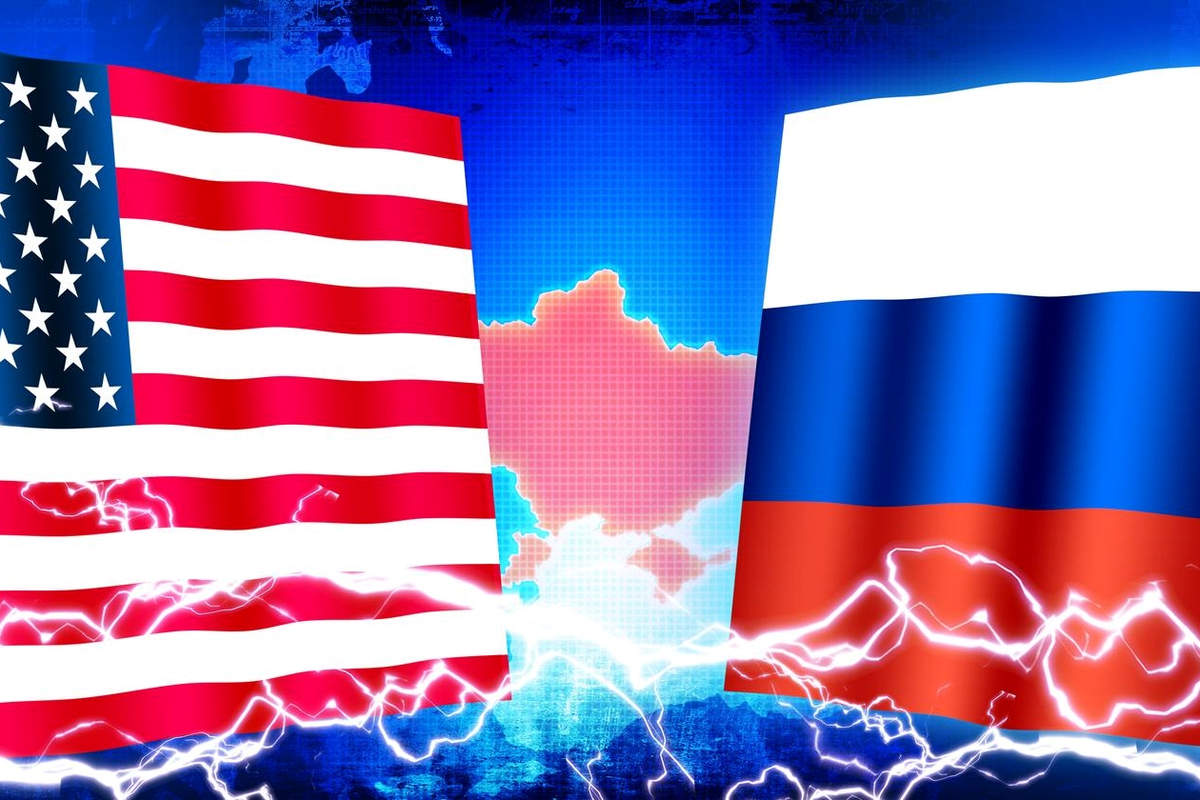 The United States gathered on Tuesday, April 26, 2022 in Germany about forty allied countries to further arm Ukraine against the Russian invader. Context and objectives.

U.S. will do anything to make Ukraine win against Russia, Pentagon chief says: “Ukraine clearly believes it can win and so does everyone else here.” (US Secretary of Defense Lloyd Austin). Because, since February 24, 2022, the war has changed dimension.

Russia versus the West

The USA is now directly involved in the Ukraine affair. They have unquestionably taken the lead, thanks to their global power: financial, economic, technological, military and… media.
Volodymyr Zelensky, on the other hand, considers that the future of Ukraine depends solely on the USA, which means that, if the outcome of the crisis turns to his advantage, he will not be able to refuse them anything. The US and its European satellites have become strictly speaking cobelligerents. The conflict has evolved: it has become a conflict between Russia and the West, as President Putin himself admits.

When the war broke out in February, the United States carefully left the Europeans to deal with it. The Europeans showed an activism that was as confused as it was ineffective: they gave unanimous assurances of support to President Zelensky, but everyone could see that none of them had the political or material ability to influence the course of events, let alone save Ukraine.
Europe as a military power is a pure fiction. Its power is not worth more than that of the Vatican (which, at least, does not claim to save Ukraine).

The thorn of the Solomon Islands

At the same time, the US suffered a severe setback in the Pacific with the Solomon Islands-China security agreement, and even though an American delegation rushed over the next day, the damage is done. The Solomon Islands occupy a crucial geographical position (think of Guadalcanal) which allows them to control the lines of communication between the USA, Australia and New Zealand.

The period of observation (and informational support to Ukraine) of the beginning of the Russian invasion allowed the Americans to verify that the Russian army was of a World War 2ᵉ operational level and, as a result, totally vulnerable to current American military power (2ᵉ offset). The conclusion is that massive U.S. arms and information support can enable the Ukrainian army to push back the Russian army, and do so to the extent that Ukraine regains its territorial integrity – Crimea included. It is a calculated gamble.

Russia’s so-called modern weaponry is nothing but hot air. Proof of this is the reputed attack by Russia with “ultra-precise” weapons on a weapons factory in Kiev (during the visit of UN Secretary General Antonio Guterres). This attack only destroys a building nearby… the American ultra-precision is less than 5 meters and not 150 meters!
Proof if it is of the Russian deficiency in Glonass (GPS equivalent). The GPS is scrambled over Ukraine but the military modes (known as code P and code M) are not affected. Russian communications are jammed and some Russian generals who used their cell phones never recovered… Elon Musk’s StarLink supplied by the hundreds to Ukraine are cyber-protected. The famous Russian cyber threat does not exist for the Americans.

American strategic thinking is underpinned by a single global ulterior motive: the US-China rivalry. These two powers are overshadowing the others and are shaping the world of tomorrow. This is a fact. The claims of other actors are nothing but nonsense (including that of the hyper-power Europe).
We are therefore witnessing the emergence of a US-China duopoly where each of the players will have its own zone of influence. Unlike in the past, the borders may be undecided in certain cases. The global organization will be of the “Westphalian” type, because this is what China wants.
In exchange, it will symmetrically recognize American supremacy over the area that will be devolved to it. For the United States, what is important is a “global” stability similar to that of the Cold War. For China, this order is only a step towards a global supremacy that it believes it must assume for the good of the entire planet (the necessary energy transition that only it can impose, because it is the only one able to provide the material means for it throughout the globe).

The Ukrainian affair is an opportunity for the USA. The war was not provoked by them (their almost indolent inaction after the Crimea affair is proof enough: it was Obama’s time with an undisguised disinterest in European affairs in favor of his famous Pacific shift). It is now seen by strategists as being able to produce important, if not crucial, advantages in sharing the world with China.
It is understood in this context that, from now on, Russia is definitely pushed into the Chinese sphere of influence, and thus becomes an objective ally and a proxy for China. It is therefore essential for the USA to weaken Russia on the economic and military levels. Clearly, it is a question of ‘dwarfing’ Russia and forcing it to secure the ‘eastern’ European border of the American zone of influence.

The European states are in this framework the equivalent of the “federates” for the ancient Roman Empire (the provincialization of Western Europe is almost a given through NATO and the little troublemakers who might dream of European independence will be treated as buffoons like their ancestors by Rome).
In this framework, Ukraine (from then on considered as a full-fledged proxy of the USA) must be able to regain all its previously recognized legal space, which will allow the installation of US military bases in the vicinity of the Sea of Azov and the Black Sea in order to control them (we repeat that in the hypothesis concerned, Ukraine will not be able to refuse anything to the USA). This is a strategic obligation to counter the influence (and threat) of the Chinese Silk Roads which pass near these regions.

The scenario for American success is in place. It will encounter difficulties, as history teaches that reality never follows even the best laid plans. Beyond the difficulties, the real problem remains Putin’s reaction to an inevitable humiliating defeat. There are two possible reactions: acceptance or not. If there is acceptance, the scenario is concluded. In the other case, there is a change in the nature of the conflict and this is the subject of a completely different scenario.
But the issue remains the US-China duopoly, which is situated in the ‘long’ duration of history. Ukraine is only a triggering epiphenomenon that accelerates history (like Corcyra in the Peloponnesian war).
The war in Ukraine is only a proxy war between Russia and the United States. Who can doubt it?