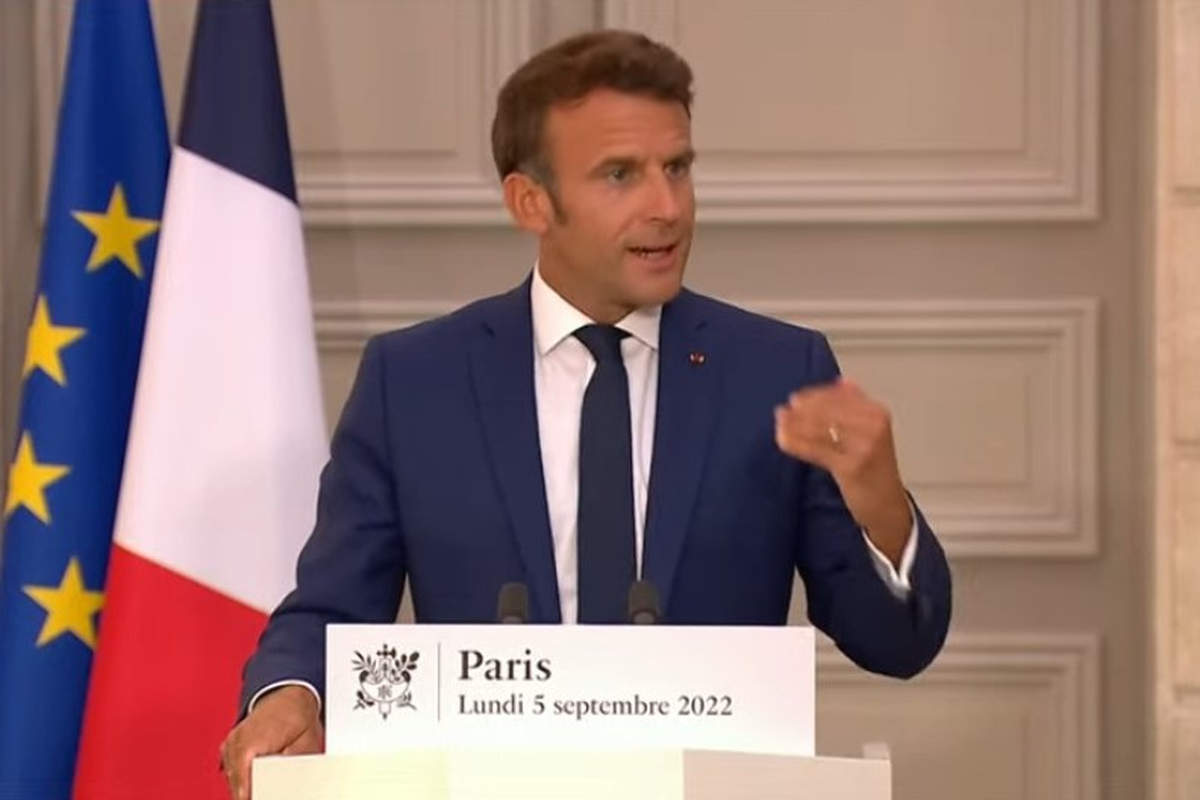 “We have prepared for a scenario of complete cut-off of Russian gas,” said Emmanuel Macron at a press conference, but he calls on the French to change their behavior and advocates energy sobriety. Not very reassuring !

It seems that the situation is complicated for the European heads of state. After a meeting with German Chancellor Olaf Scholz, the French President held a press conference at the Élysée Palace on Monday 5 September to take stock of the energy crisis. The Russian gas cuts, combined with the failures of the French nuclear fleet (34 reactors out of 56 are shut down), are likely to cause a shortage of electricity and therefore a surge in prices.

Companies at a standstill

Already, many companies have had to stop production and put some or all of their employees on layoff because they can no longer pay their electricity bills. Arcélor, the world’s second largest steelmaker, has shut down two of its blast furnaces in Germany and Spain. The LME steel mill in Trith-Saint-Léger, near Valenciennes, is to stop its activity at the end of October for two months.
Ascometal, in Hagondange, Moselle, has asked its employees to agree to work during the hours when electricity is cheaper to avoid short-time working.
Another company in difficulty is the glass manufacturer Duralex, which, despite rising sales, will have to put its activity on hold for four months and its 250 employees on short-time working.
Others will follow. Eight out of ten small business owners say they fear for their business.

During his press conference, Emmanuel Macron wanted to warn the French, calling on them to be “at the rendezvous of sobriety.” by changing their behavior. How? “By turning down the air conditioning and heating a little”. Because, he said, “the solution is in our hands.”
Referring to the Russian-Ukrainian war, the president recalled that we have gone, “in a few months, from 50% Russian gas to 9% in our energy mix.” And that it was necessary to prepare “for a scenario of complete cut-off of Russian gas”.

Among the measures announced by President Macron for greater European solidarity, he mentioned the exchange of French gas for German electricity, pending a major reform of the wholesale electricity market in Europe. In addition, France would be in favor of grouped gas purchases, as suggested by Ursula von der Leyen two days earlier.
In short, the winter is shaping up to be quite difficult for companies and households. Putin must be having a good laugh!