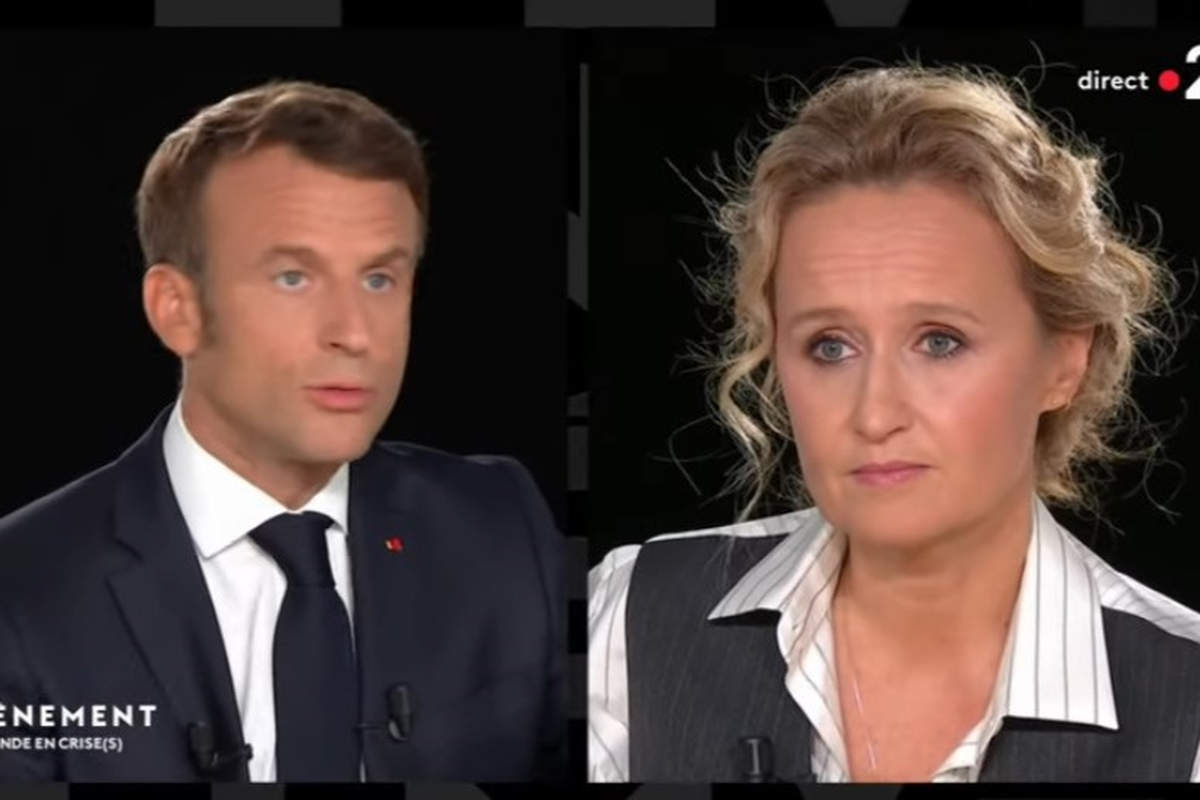 The President of the Republic Emmanuel Macron answered questions from Caroline Roux in L’Événement on France 2. He called for “responsibility” on the blockade of oil depots and said that Russia and Ukraine will have to come to the negotiating table.

Emmanuel Macron played the question-and-answer game during this first televised interview, essentially addressing international issues. But it was unimaginable not to mention the energy crisis and the situation of blocking fuel depots and refineries. And therefore requisitions at the request of the government. It had to be done,” explained the President of the Republic, “because we cannot leave the country blocked, because there are some people who want to go even further, while an agreement has been reached.
And if the dialogue does not succeed? “At a time when we have war, (…) everyone must (…) take all their responsibilities (…) I am for negotiation, never for blocking. How can our compatriots who are lining up in the middle of the night to find gasoline understand this?”

France is not at war

Seven months after the beginning of the war, Russia still sells its gas and oil at very advantageous prices. To the point of casting doubt on the effectiveness of sanctions. Is this the right strategy? We have taken targeted sanctions,” says the president. Not against Russia or the Russian people, but against the interests of those closest to the regime (…) to hinder the financing of the Kremlin’s war effort. And these sanctions are “working because Russia today is deeply destabilized. The president clarified: “I repeat, we are not at war (…) The goals of the Ukrainians are to regain their 1991 borders and therefore, at some point, (…) we will have to return to the table [of negotiations].”
As for the question of borders and territorial integrity, “it is first of all up to the Ukrainians to decide, it is not up to France or anyone else. And it is not because we deliver weapons that we can decide for them.
Emmanuel Macron added: “Whenever necessary, I will speak to Vladimir Putin and at some point, I hope as soon as possible, there will be a peace discussion with Ukraine on one side and Russia on the other.