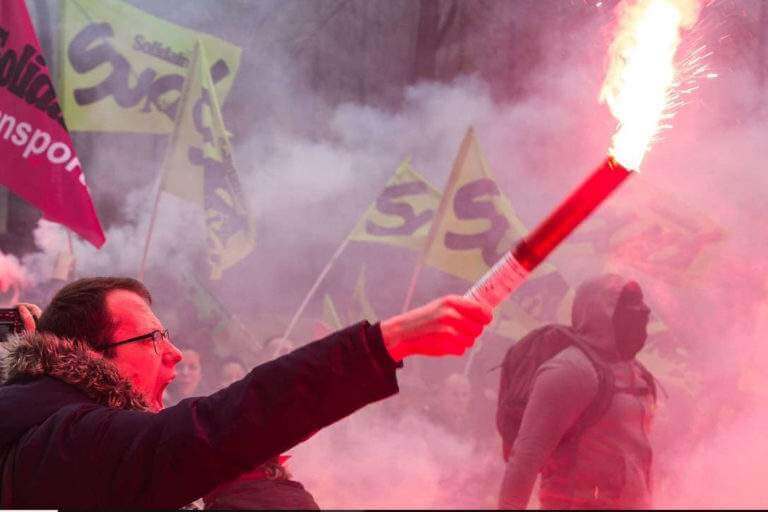 This last month of the year 2022 is going to be complicated for all French people. The cascade of strikes, the energy crisis, the galloping inflation, the mess at the National Assembly, the return of flu epidemics, bronchiolitis and Covid-19… In short, the atmosphere is not really festive three weeks before Christmas.

Liberal doctors are on strike, these 1 and 2 December 2022. A historic strike. The doctors want to influence the negotiations of the future medical convention. A collective called Doctors for Tomorrow (about 15,000 members) is calling for a “revaluation of the medical act” and asking to “be independent of the restrictive packages of the Cnam (National Health Insurance Fund)”. More concretely, they ask that the price of the consultation be increased from 25 to 50 euros! The movement promises to be very well attended and could be renewed.
This is causing the Minister of Health, François Braun, to scream: “I will not accept a strike between Christmas and New Year’s Eve, because it means putting the burden of care on the hospital and the already overworked emergency rooms”, the Minister said in the columns of the Est Républicain.

“We are not war profiteers”.

The medical biology laboratories are not left out. They will close the curtain from 1 to 3 December. The protest movement could be “unlimited” if the government does not react. The laboratory bosses do not accept the “cut” of 250 million savings that the government intends to make this year in their sector and 1.4 billion over 5 years, after the huge profits of these same laboratories during the Covid-19 epidemic. “We are not war profiteers” reacts Lionel Barrand, president of the union Les biologistes médicaux.

The month of December will also be very difficult on the rails. The SNCF controllers want a recognition of their job. They demand first of all an increase in their salaries. The strike will be massive this weekend, announced the management, which forced to cancel more than 60% of TGV and Intercity trains. The strike could last… until Christmas. Once again, travelers say they are being held hostage.
The discontent is finally spreading to almost all sectors of the economy, both private and public: the Post Office (in Bordeaux), school transport (Strasbourg, Brest), national education, etc. Add to this a serious threat of a strike at Air France for Christmas, and you get an idea of the joyous atmosphere that will reign at Christmas in our beautiful country.

Because, apart from the strikes, the situation is rather depressing. Inflation has taken a toll on household morale. How to pay for fuel at more or less 2 euros per liter at the pump to go to work? How can the baker keep his oven running when electricity no longer makes the baguette of bread profitable? How can we simply heat our homes when the price of gas and electricity has increased by a factor of 6 or 7, just like the price of firewood? How to feed oneself and one’s children when the price of groceries no longer allows one to buy basic necessities?

A worrying note to the prefects

And the worst is yet to come. Because the lack of anticipation of the war in Ukraine and the backlash of the economic sanctions imposed on Russia, will hit us hard. Our nuclear power plants, half of which are under maintenance, cannot meet our electricity needs. And since Germany can no longer supply us because of the lack of Russian oil, there is a real risk of a blackout if the cold weather becomes more intense.
Hence the note that the Prime Minister will send to the prefects to prepare the population for possible power cuts. Indeed, in the event of a power cut in a department or region of France, the whole of economic and social life would be impacted: cell phones would no longer work (emergency calls impossible), computers would no longer work, traffic lights at crossroads would be shut down, elevators would be blocked, heating in homes would no longer work, trains would be cancelled, schools would be closed…
In short, an impossible headache to manage, even if the population is warned at 3 pm by Ecowatt for a cut-off at 5 pm.
In short, France is sinking little by little into chaos. Merry Christmas anyway!