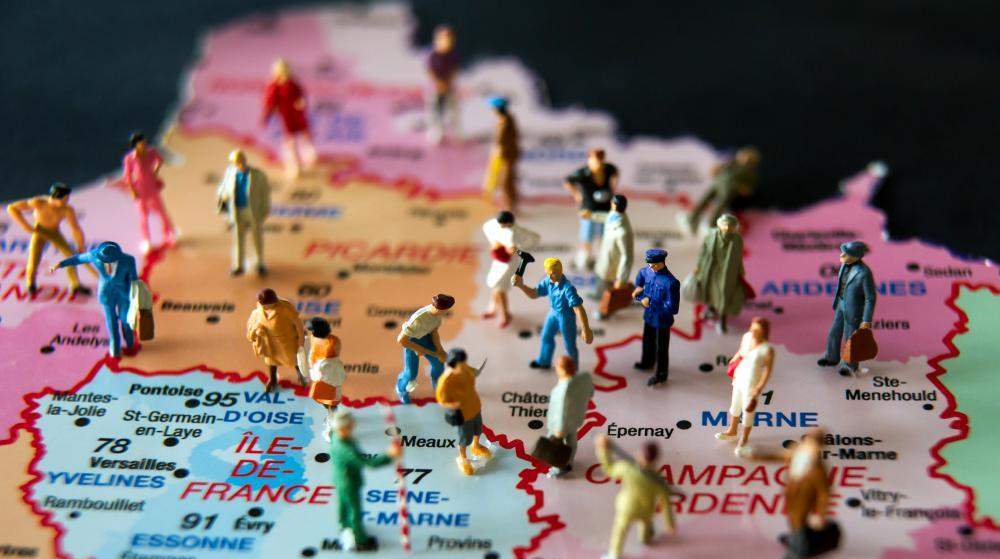 By Jean-Philippe Maurer, deputy of the Lower Rhine Territorial reform raises tensions in France and especially in Alsace. France gives lessons in patriotism Alsatians. Unacceptable. Here is why.

The history of Alsace is marred by numerous abuses on the part of the French Republic. I start to 1870, without developing the drama of the French Revolution and the Lorraine massacre of the war of 1871 Paysans.En Napoleon loses its war against Prussia. Follows an armistice and the Treaty of Frankfurt, where Alsace and Moselle were “given” to Germany as a result of negotiations. We negotiated and “given” Alsace-Moselle, against their will, to Germany. Against the benefits. France has us * “sold” * to Germany. It was after a vote of the National Assembly, almost unanimous! our three departments have become German. For the record, when three members are out of the National Assembly in the general indifference because they were more French, one member took the time to get up to greet them. Alsace and Moselle are then remained 47 Germans. Quite logical therefore that Alsace was German-speaking extent already before 1870 has gradually felt German, as she feels French today.

From the first to the second world war

Comes the war of 14-18. There, as hairy, Alsatians and Moselle, fighting for Germany, they discover the horror of trench warfare among others Hartmannswillerkopf (Vieil Armand “the man-eater”). Most Alsatian who died there, were killed by French bullets. If we were welcomed with open arms for a few days, reality has changed very quickly and made us pay for being Germans (though it was France who sold us to Germany). At that time, France has committed countless atrocities to franciser suddenly, the recovered territories. Alsace-Moselle residents such were put into different categories according to their degree of Germanism which was marked on their card identité.Je see here a certain analogy with the yellow star that Jews had to wear later. Those who were in the worst ‘race’, class D, outright were deported to Germany, even if they were born in Alsace. It’s called ethnic cleansing! For those who have had the honor to remain in France, the country of Human Rights and the Citizen, who fought to save us from German oppression they experienced a real policy to tear them all what was in them can recall any Germanism. We had to make them perfect little French on the Parisian model. World War II: it comes to 1939-1940, the largest trauma begins.

Civilians Alsace and Lorraine were evacuated to the south-west of France, where they are often very poorly received because it is considered the Germans. War breaks out. The French army flees and opposes little resistance to the invader, which greatly disappoints the Alsatians from the France valorous we touted their propaganda since 1918 shots. Returning to their land, they find the accomplished fact, the annexation was coming. This episode is still the nickname “Hàsebock” (hare) to the rest of the French, from the Alsace and Moselle, because the French army bolted like hares before the German army. Some months later, France has shown no reluctance to let the Germans annexed Alsace and Moselle. What appears to Alsatians again as a abandon.Seuls, once again, the Alsatians have had to live busy in much worse conditions than the rest of France. He was their example forbidden to speak French or Alsatian. We had nothing to our concentration camp we: The Schirmeck and Struthof camp in German-Sicherungslager Vorbruck Schirmeck. It was an infamous boot camp, many Alsatians have stayed there because they dared, at one time or another, be hostile to the Nazi regime. It was intended for Alsace and Moselle refractory to the Nazi regime, men and women, as well as reprisals against their families.

In 1943, 100,000 Alsatians and 30,000 Mosellans are conscripted into the Wehrmart and the SS. Those who claim that the SS were all volunteers so wrong also. This enrollment is unfortunately part thirteen of them in the massacre of Oradour fourteenth that was recognized volunteer in the SS was executed while the other thirteen were granted amnesty. Yes it has happened in Oradour is a terrifying horror, a war crime, unspeakable shame. But that results in sentences like “anyway most of us were voluntary Despite” unacceptable. There is a huge gap with reality and what we think too often in France. Need I remind you that most Despite us were sent to the Russian front that if they refused to serve the German army, they were shot and their entire family could be, or at best, interned at Struthof in retaliation? Among the heroes who tried to surrender to the Russians, most were executed on the spot because they were unable to explain their situation to the Russian soldiers. Do I also remember that while France was celebrating his victory, 18,000 Despite we were held captive in appalling conditions (known as a daily food ration twice less than at Auschwitz) until 1955! Ten years of captivity in concentration camps while the rest of France had less than 5 years of war. Do I still remember that it is the French authorities who insisted to the USSR for these prisoners to be released, thus avoiding produce negative stories about communism? The French Republic is careful to censor this reality, as many dark pages of the history of France, by not making the figure in his school books or very little. It is very easy to criticize Despite us in 2015 in France in peace, behind his computer. I do not pretend to be able to say with certainty that I would have done something heroic revolt to me, if I were in their place.

After the war, one would think that there was the end of the problems for the Alsatians, but no! Reintegration France has made also in pain! Since 1945 France tries again us “Frenchified” to melt into the mass (such as grunts in Algeria), who did not understand his mistake in the interwar period. And today? Today, France has almost managed to do what Nazi Germany did not manage to make us destroy our identity (less than 3% of under 17 Alsatian yet understand the regional language, almost all of them partially or totally ignore historical facts. I like the Alsace valleys, plains, mountains and little nooks that are found in no other French region. I like Strasbourg and its so different neighborhoods and if rich hearts big hearts, proud to belong to this capital city is steeped in history. And above all, I like the Alsatians because they look like anyone. These are dozens of nationalities who dug the earth and yet everyone remain Alsace love and défendent.Qu’est makes that we are what we are? Our geography course, but first our history. Today, a leftist president wants to finally make our region “normal”. Mr. Holland, since it is well of you, there is already some month, Jean-Luc Mélenchon, a former friend and your future ally demanded the abolition of the Concordat. I wrote him my opposition. He never deigned to answer me. Perhaps an Alsatian deputy of the Republic does not deserve it falls to that? Today you want to register the 1905 law of separation of church and state in the cited Article 1. This leaves no doubt about your goal: sell the story of Alsace in an electoral alliance with the far left who has always hated the Alsatians because they are deeply moderate Republicans, Democrats and workers. Know, Mr. Holland that if you’re not, we, we are clear about the consequences of your choices. Deleting text says concordat, despite the goodwill of my colleague Socialist MP in Strasbourg will be the first step of a fatal spiral. In the name of equality, should be deleted as soon local law, bilingualism, and finally, the local social security scheme of Alsace-Moselle (because no deficit). Is it an exaggeration on my part? Unfortunately, I do not think so! It is partly on these achievements in the history that our region has built its wealth, its universities, she was able to welcome foreign companies aware of these advantages that allow the maintenance of social cohesion.Be aware that Alsace and Moselle will not follow you. We Alsatians, have a heart but also a head. It is done well and you do not cut as easily.
Europe,France,Lorraine,Moselle,