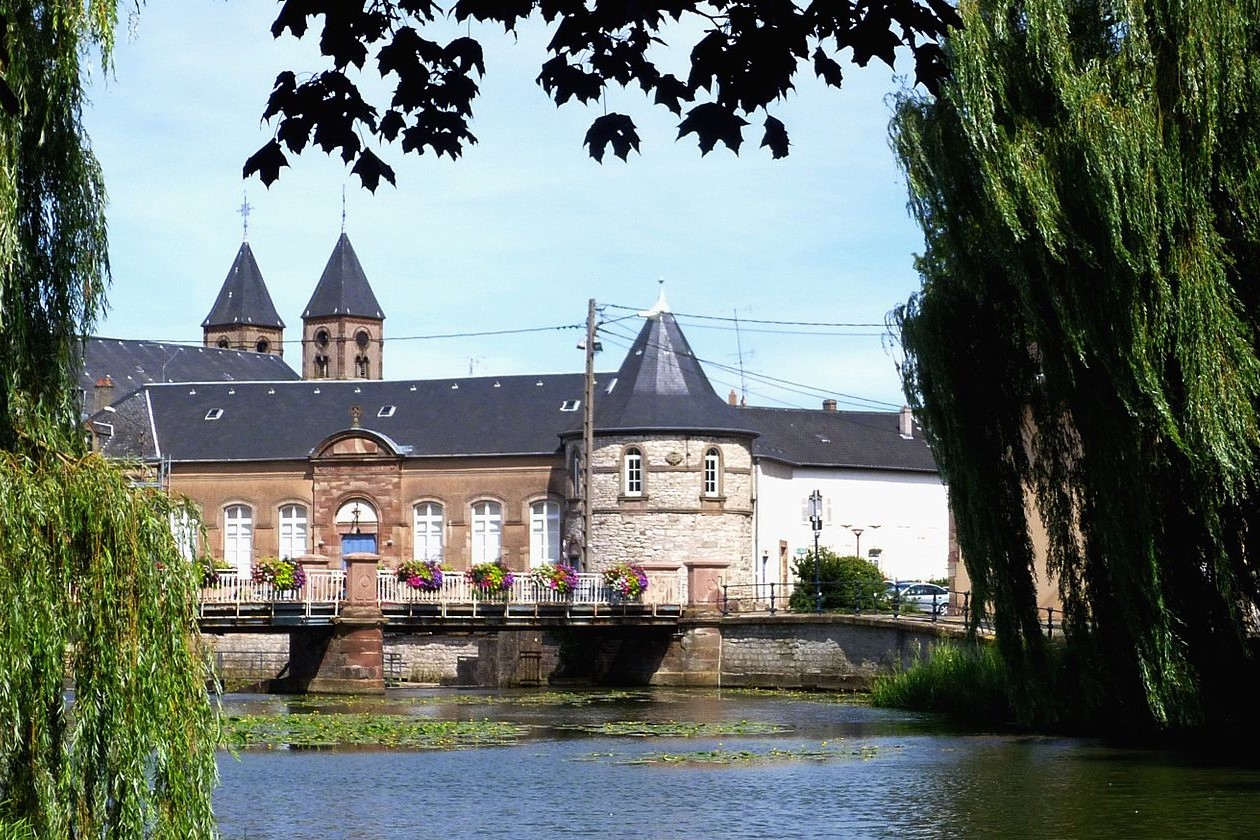 in Saarland, in the background the Casino and St. Bartholomew's Church (Wikipedia)

Exclusive. A preliminary investigation opened at the Metz public prosecutor’s office. The president of the Regional Council, Jean Rottner enters the scene. Catherine Vierling, elected to the Region, tackles it dryly. If it continues, there will be deaths.

In Sarrebourg, in Moselle, the mayoral candidates have taken out the pitchforks and guns. Shots were fired on sight between the three right-wing (LR) candidates who have been gutting each other like rascals since the start of the campaign.
The outgoing mayor, Alain Marty, 74, who is struggling against two strong opponents from his own party, Jean-Marc Weber and Catherine Vierling, received the support of the president of the Grand Est Regional Council, Jean-Rottner, in a letter published on Facebook.

“I wish you all the best in this endeavour in order to continue the work for this city that you love so much and that deserves all our attention. “Jean Rottner went on to mention the aid and subsidies granted to Sarrebourg and the community of communes of Sarrebourg Moselle Sud and the work accomplished with Deputy Di Filippo and Roland Klein.
But above all, the President of the Regional Council shoots a cartridge against another right-wing candidate elected to the Regional Council, Catherine Vierling. Jean Rottner mentions her electoral opportunism” and specifies: “Mrs Vierling has not been a member of the regional majority for many months and, within the opposition group where she now sits, she strives daily, with a certain zeal, to question not only regional public policies, which are nevertheless useful to the territories, but also the very existence of the Grand Est region. »
Jean Rotter shoots a second round to finish off the opponent. He “underlines” that Catherine Vierling “does not stop relaying on social networks “comments from leaders or extreme right-wing sites” and accuses her of “sitting in a group that has recently accepted defectors from the National Rally”. Boom!

On Facebook, Catherine Vierling responds with a scathing press release entitled “Jean Rottner in campaign in Sarrebourg?”. The candidate wrote: “I am under attack by the President of the Grand-Est Region, who is sending, on the letterhead of the region and at the expense of the taxpayer, a letter of support to the outgoing mayor. The blows to the politician that I am are low.
They prove that my closeness to the elected representatives on the ground, my clear commitment to strong issues, the defence of your interests and my refusal to submit to the Parisian or Mulhouse diktats are disturbing.
Only elected representatives who are free of all pressures can today give Sarrebourg and the Moselle a secure and united future. This is more than ever the meaning of my commitment on the ground, on a list of unlabelled unions, far from the fairs where we talk. “And toc.

Like in the best westerns, the guns go off in all directions. A few days ago, the Metz public prosecutor’s office received “a report under article 40 of the CPP”.
What is it about? A six-page text in tight handwriting signed by Catherine Vierling, with the letterhead of the Regional Council, precisely.
The regional councillor and candidate for mayor of Sarrebourg is going at it with a heavy machine gun. She lists to the public prosecutor of Metz, Christian Mercuri, a series of alleged embezzlement which, in her opinion, are likely to be classified as criminal offences. It gives names, addresses and other details. She mentions ” 1°) timely and recurrent losses ” of data at the Sarrebourg town hall. 2°) Illegal taking of interests in rue de Lupin, 3°) Embezzlement of public funds at the Winkelhof zac 4°) Abuse of power in exchange for favours (sexual, obviously, with the names of women who would be victims…)”.
Faced with this charge, the prosecutor’s office has opened a preliminary investigation. But the prosecutor refuses to communicate on this file, which arrives on his desk in the middle of an election campaign. It will therefore be necessary to wait a little to find out the judicial follow-up, and in particular whether or not a judicial investigation will be opened.
In the meantime, there will be more shooting in the corners. Quick, to the shelters!