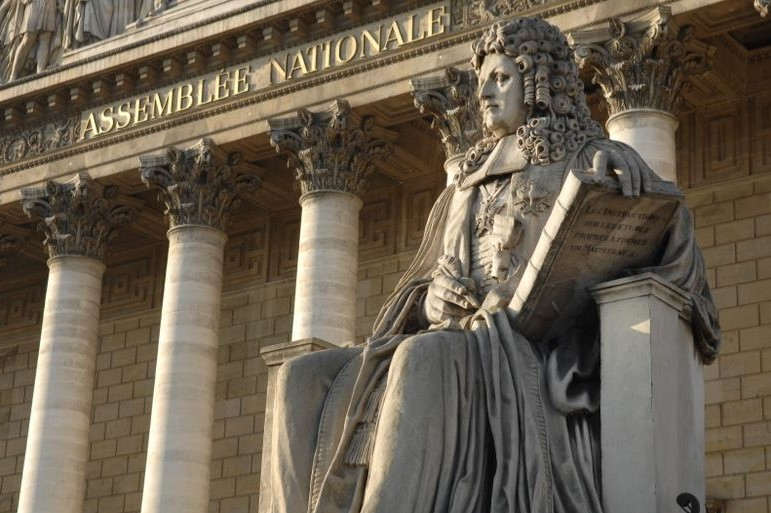 The passage in force to get the pension reform bill out of the deadlock in the National Assembly would have disastrous consequences for all LREM candidates for municipal elections.

Is the government going to shoot itself in the foot? It is very likely so, since it has no choice but to draw Article 49-3 of the Constitution allowing it to pass its pension reform bill without debate and without a vote in the Assembly.
Discussed by MEPs since 17 February 2020, this 65-article text is weighted down with 41,000 amendments, only two of which were adopted on Saturday 22 February after six days of debate. At this rate, the President of the Assembly, Richard Ferrand, estimates that it will take “150 days of uninterrupted sittings” to reach the end. However, the government intends to keep to its timetable and have the text voted before the summer. That will be difficult.

The Marcheurs MPs denounced the “obstruction” of the opposition and in particular of the LFI and PCF groups, who were determined to wage trench warfare. And thus force the government of Edouard Philippe to take out Big Bertha.
It is a trap for the majority. Even if the macronist deputies explain that the 49-3 is the only weapon against “parliamentary sabotage”, even if the quaestor of the Assembly, Florian Bachelier, estimates the price of obstruction at 1.5 M€ per day, the opposition retorts that a referendum would cost less. And that the use of the 49-3 is “the parliamentary LBD”, in the words of Adrien Quatennens, a member of parliament from the North of France, referring to the particularly mutilating flash-ball shots used during demonstrations against yellow jackets and opponents of pension reform.
The 49-3’s weapon is double-edged. On the one hand, the government will be able to continue its policy of reforming the country and respect its timetable, even if it means getting angry with a few members of its majority opposed to the autocratic image that the executive gives.
On the other hand, it is alienating a section of public opinion which, according to a BVA poll for RTL and Orange, knows that 72% of French people do not want the government to push through this reform.

In the end, even if article 49-3 were applied, nothing would be settled. Negotiations are continuing between the government, labour and management in the context of the “funding conference” that is scheduled to end in late April. The CGT is already threatening to leave the negotiating table.
And then there is the street. After two years of consultation (one wonders what use they have served), the calamitous resignation of the High Commissioner for Pensions, Jean-Paul Delevoye, on 16 December 2019, and more than 10 weeks of protests, the anger does not wane.

France’s 70,000 lawyers continue to paralyse the workings of the courts, the professions of the figure, chartered accountants and auditors, are considering not validating the campaign accounts of candidates for municipal elections, teachers are dragging their feet in passing exams, railway workers and metro drivers remain mobilised, farmers are on the verge of breaking up, musicians and other artists are also opposed to the pension reform as it is presented. In short, France is at the end of its rope. The French are fed up with this Jupiterian policy that does not take into account the deep aspirations of the people.
It is in this insurrectional context that municipal elections will be held on 15 and 22 March 2020. There is a good chance that the candidates closely or remotely supported by the macronist party will pay the price for the 49-3 and the autocratic policy of the executive. Before, perhaps, a popular uprising that no one knows where it will lead.