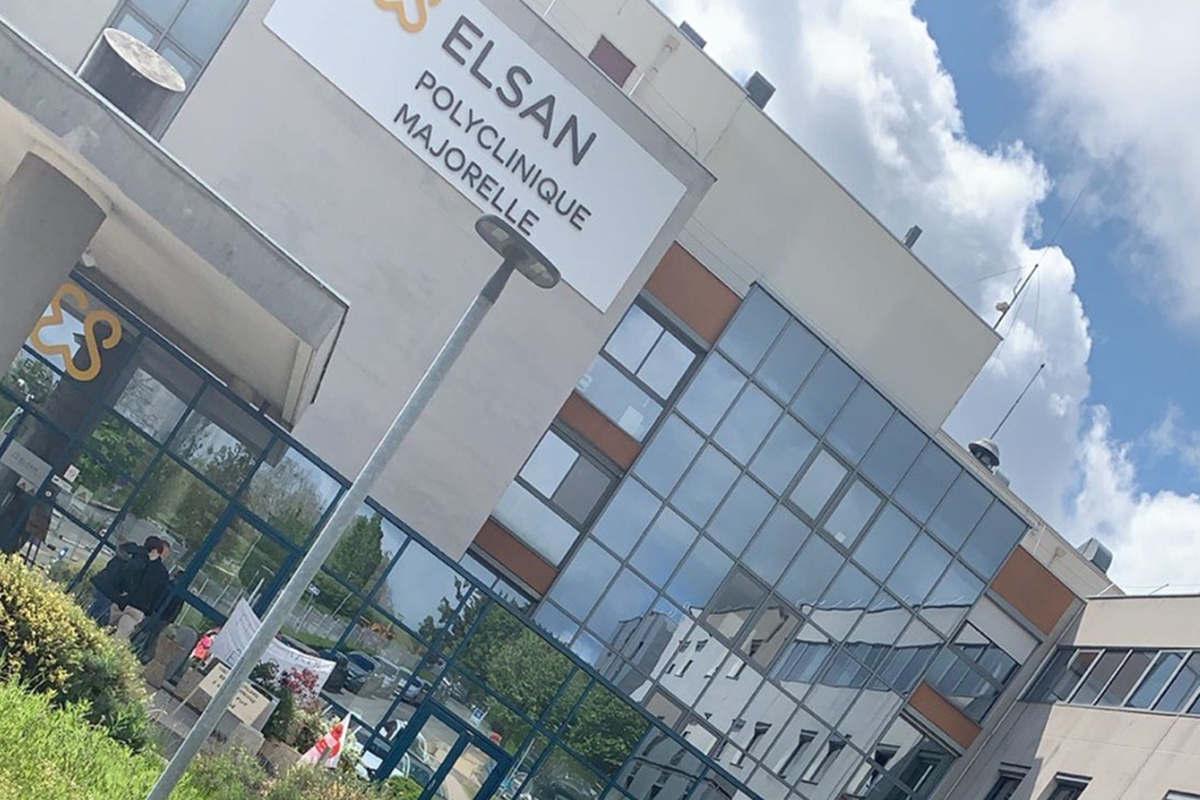 The nurses and midwives of the Polyclinic Majorelle of Nancy (Meurthe-et-Moselle) enter in unlimited strike at the call of the CGT, from this Monday, January 3, 2022.

Big discomfort at the Majorelle Clinic in Nancy. “The dialogue is broken with the management” explains Samia Aggoune, midwife and CGT union delegate. The anger is great and affects several categories of professionals: midwives, nurses, nurses’ aides, administrative staff …!!! But what really broke the camel’s back was the requisitioning of certain personnel by the gendarmes in the middle of New Year’s Eve. We had never seen that!”
In a statement, the union delegate added: “While the Elsan group, owner of the Polyclinic Majorelle, is currently investing nearly 200 million euros in the construction of a state-of-the-art clinic in Maizières-lès-Metz (Moselle) and a new building on the site of the Gentilly clinic in Nancy, it has been stubbornly refusing to meet the legitimate demands of their employees for weeks.”

The nursing assistants and nurses of the surgery sector will be on strike as of this Monday. They ask to work in pairs for 12 to 14 patients against about twenty currently. They can’t take it anymore,” continues Samia Aggoune. They are exhausted. Especially since the salary does not follow. That is why there is a problem of manpower. They are asking for an extra 300 € and additional staff.
During the last Social and Economic Committee, “the clinic’s management refused to listen to the demands made by the CGT union delegate, which clearly expressed the suffering and professional exhaustion as well as a strong expectation of salary increases and additional hiring, particularly in surgery.
The management of the Polyclinic has even gone back on a previous agreement by reducing the 13ᵉ month of sick staff, and this, despite this period of unprecedented health crisis!
This is indefensible for the employees and the CGT, which supports them and filed, responsibly and in advance, a strike notice on December 24 with a start date of January 3, 2022.

Another angry profession: the midwives. There are about thirty of them at the Majorelle Polyclinic in Nancy. There are about 2200 of them throughout France, employed by private establishments. The midwives of Majorelle are mobilizing for the 2ᵉ consecutive year and are engaging this January 3, 2022 in an unlimited strike movement in response to the unprecedented national mobilization of midwives in private maternity hospitals.
38 establishments have already responded to this national call to action out of the 110 private maternity hospitals attached to the FHP (Federation of Private Clinics and Hospitals of France).
This national movement aims to obtain an increase in the value of this collective agreement, which is largely unfavorable: midwives in the private sector receive much lower salaries than their colleagues in the public sector. This demand is made in a context where private hospitals and clinics are having major difficulties in recruiting midwives.
While the government has extended the duration of training for midwives from 5 to 6 years (protocol of 22/09/2021), they retain a status of “master agent” according to the FHP agreement. Their salary scales are evolving extremely slowly compared to the public. The bonuses granted by the State within the framework of the Ségur de la santé (not guaranteed over time) must not be allowed to prevent a revision of the FHP collective agreement!
Midwives practice a medical profession that is currently undermined and discredited, to the detriment of women, families and the social security budget.

“We sent two letters to Mr. Lamine Gharbi, president of the private hospital federation,” recalls Samia Aggoune. It was on November 26, 2021. We asked for an increase in salary and a grid of executives B. This letter, signed by many midwives has been ignored. We sent him a second letter on December 24, 2021 asking for a change of status to be comparable to that of public midwives. We used a collective signature, on behalf of the 2200 midwives in private establishments in France. Mr. Gharbi’s response was contemptuous. “Who signs? Anonymous letter. No value in my eyes”. That hurt us”, the trade unionist acknowledges.

Whether it concerns midwives or other professional categories, the FHP, like the management of the Polyclinic Majorelle and the ELSAN group, refuses any dialogue. Worse, the management of the Polyclinic Majorelle has engaged Friday, December 31, 2021 the requisition of staff without entering into the slightest negotiation and asked the prefect to requisition the midwives,” said Samia Aggoune. Gendarmes and police officers went to the homes of non-striking employees or those not yet declared to be strikers on New Year’s Eve and New Year’s Day to notify them of their requisition. Are these methods acceptable?
It is now up to the management of the clinic to come back to the employees with proposals that are commensurate with the stakes! A list of demands will be presented by the CGT to the management on January 3 in the early afternoon.

A picket line is planned for this Monday, January 3 at 1:00 pm in front of the Polyclinique Majorelle.