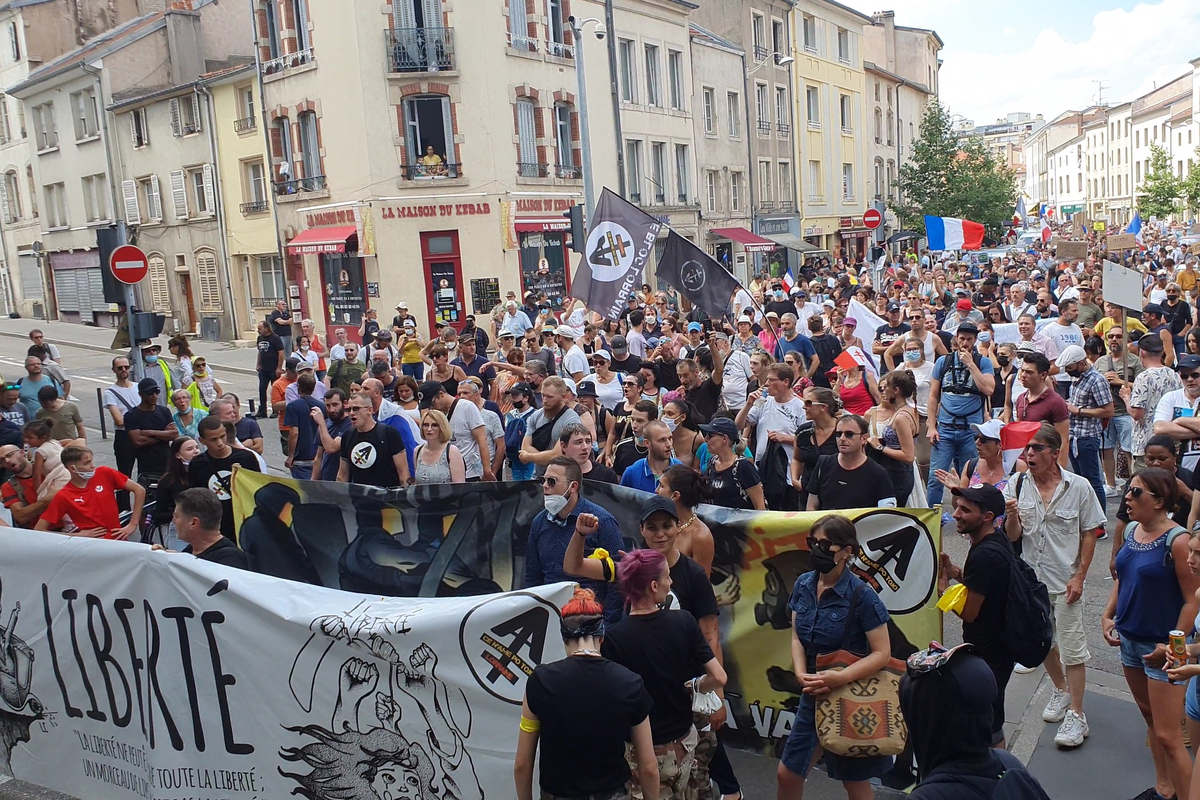 Several rallies are planned in Paris and in the provinces this Saturday, January 8, 2022. But what is Emmanuel Macron looking for by knowingly organizing the strategy of chaos ?

It didn’t take long! Only a few hours after having said that he was going to “piss off the non-vaccinated until the end”, the President of the Republic provoked the anger not only of the anti-vaxers, but also of many French people who found his words shameful and unworthy. To want to “piss off the non-vaccinated until the end” and to say it publicly, would be according to the exegetes a very elaborate strategy on the part of Emmanuel Macron.
What is this strategy? To regain control over a political situation that escapes him. With less than 100 days to go before the first round of the presidential election, his re-election is less certain than one might think, despite the polls that still place him at the top of the polls. Macron, we have said here before, could come in third place on the evening of the first round, April 10. Jupiter would never recover from such a defeat. Hence his strategy of chaos. Simple: first, he stigmatizes and insults a part of the French people (roughly speaking, the non-vaccinated represent 10% of the electorate). Then, he provokes an outcry, demonstrations, destruction, violence. Finally, he denounced the violence (which he had provoked) and posed as the strong man of the regime.

Reactions in the street

Extravagant? Not necessarily. In any case, Macron’s tirade in Le Parisien about the non-vaccinated was well thought out, as his entourage made known. It had no other purpose than to provoke a reaction equal to the insult. After the reactions of the politicians in the media, let’s start the reactions in the street.
We know that there will be at least three large rallies in Paris this Saturday, January 8, 2022, including the one organized by Florian Philippot (Les Patriotes). Departure at 1 pm, Place du Palais-Royal.
A demonstration is planned by the Yellow Vests movement and another to fight against racism. One will leave from the Place de Catalogne, the other will be a static rally in Montparnasse.
There will be many rallies in the provinces, including one in Nancy, organized by the Bloc Lorrain. Departure from Place Maginot at 2pm.
The places and dates of the demonstrations will be specified and updated in the coming hours.