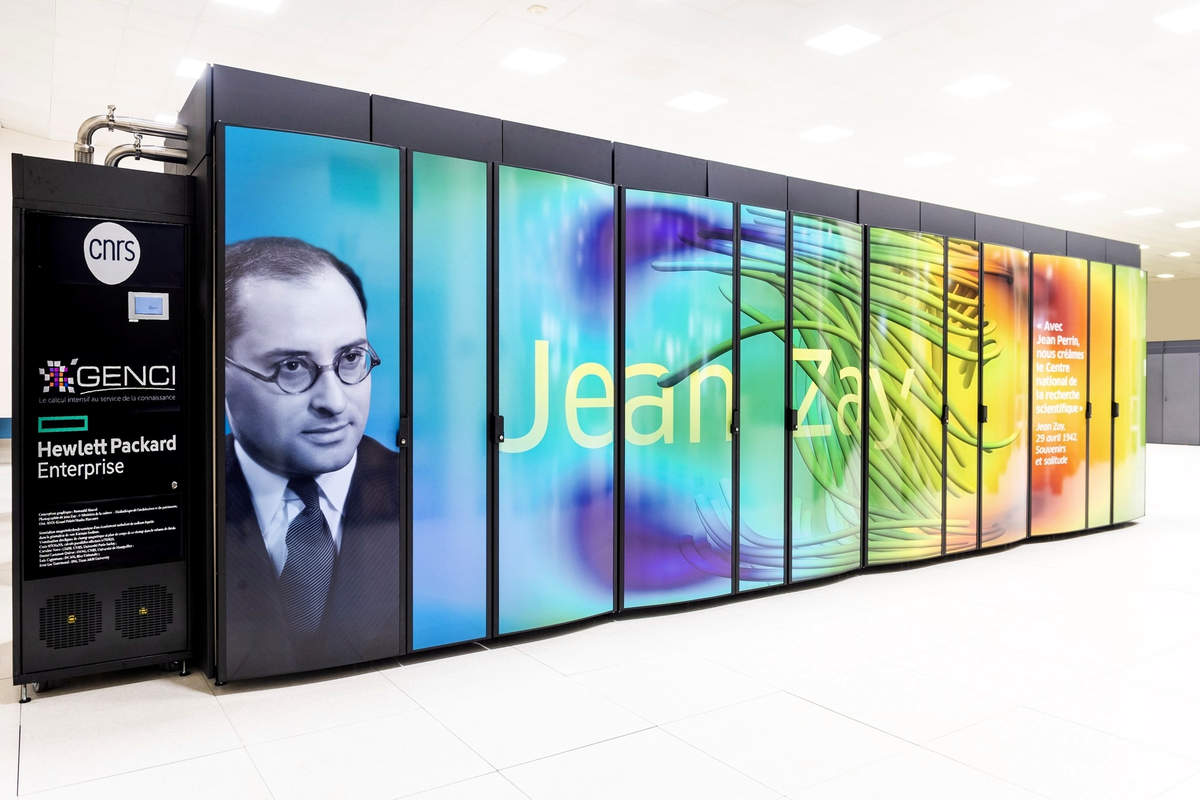 The Frontier supercomputer (USA) powered by AMD Epyc processors is now the fastest in the world. But where do France and Europe stand in this crucial competition for the future?

The Frontier supercomputer (USA) powered by AMD Epyc processors is now the fastest in the world. Its power is said to exceed one exaflop (one thousand billion operations per second). This gigantic power is of interest for solving certain major scientific challenges (quantum physics, climate, astrophysics, molecular modeling for biotech, etc. ….). It is installed in Oak Ridge where we also find Titan and Summit which, in their time, broke power records.

The supercomputer is one of the significant markers of a country’s technological power. In fact, China dominates the Top 500 with 173 machines, while the USA has the most powerful. Where does France stand? The question is legitimate, because in 2016, France was boasting about making the most powerful supercomputer in the world. The project was naturally carried by those tireless craftsmen of the next move (Macron, Breton and the others). In the speech, we were already the best. For example: “By 2020, Atos/Bull intends to develop a new generation of supercomputers capable of exaflop performance.
It should be noted that in 2016, we were thinking in terms of petaflops (a unit a thousand times smaller than an exaflop), which shows the performance we were aiming for…
At that time, the project was only at the phase… One.
In the summer of 2020, in France, the Jean Zay supercomputer at IDRIS (the CNRS computing center) will be inaugurated with great fanfare. Its power is 28 petaflops. The inaugurating minister said: “This system is now one of the most powerful supercomputers for scientific research in Europe and puts France on a par with its partners, England and Germany. We do not insist on the fact that this computer is American developed by HPE (Hewlet-Packard). CNES uses the IBM eServer architecture for its intensive computing… there is nothing French or European about the technology used… It should be noted that the very respectable operational power of 28 petaflops represents 28 per thousand (or less than 3%) of Atos’ ambition of the exaflop…

But where does Atos/Bull stand?

It’s still going strong. It has just released (2022) a supercomputer called BullSequana XH3000, which is being delivered to the CEA’s DAM (Military Applications Directorate) (nuclear weapons simulation). It is presented as the most powerful computer designed by Atos, and is intended to be more general-purpose and accessible to large organizations. Its great advantage is that it will be energy-efficient (“green” is a must in Europe!). Its power is reputed to be 23 petaflops… to be compared with the expected goal of the exaflop, because the time of the promise has arrived. Atos/Bull’s supercomputers are developed using AMD (America Micro Device) processors – we are still waiting for the ambitious “made in Europe” SiPearl processor (powered by ARM cores), the flagship of a newfound European sovereignty.

We are talking here about supercomputers, which are necessary for scientific progress in many fields. Attempts at “sovereignty”, both French and European, which are proclaimed from the rooftops, inevitably end in clear failures, since the results are so modest.
The exaflop objective, by its ambition, marks a turning point. The USA has achieved it. Europe is out of the game: it is obliged to buy American or Japanese (while waiting for Chinese). This is the reality of European sovereignty. There is no more “coup d’après”, even if Macron claims it: European inferiority is not only in the processors, it also lies in the architecture of these monsters, and that is “intellectual”: it is not a matter of money but a matter of competence.
Who can doubt it?