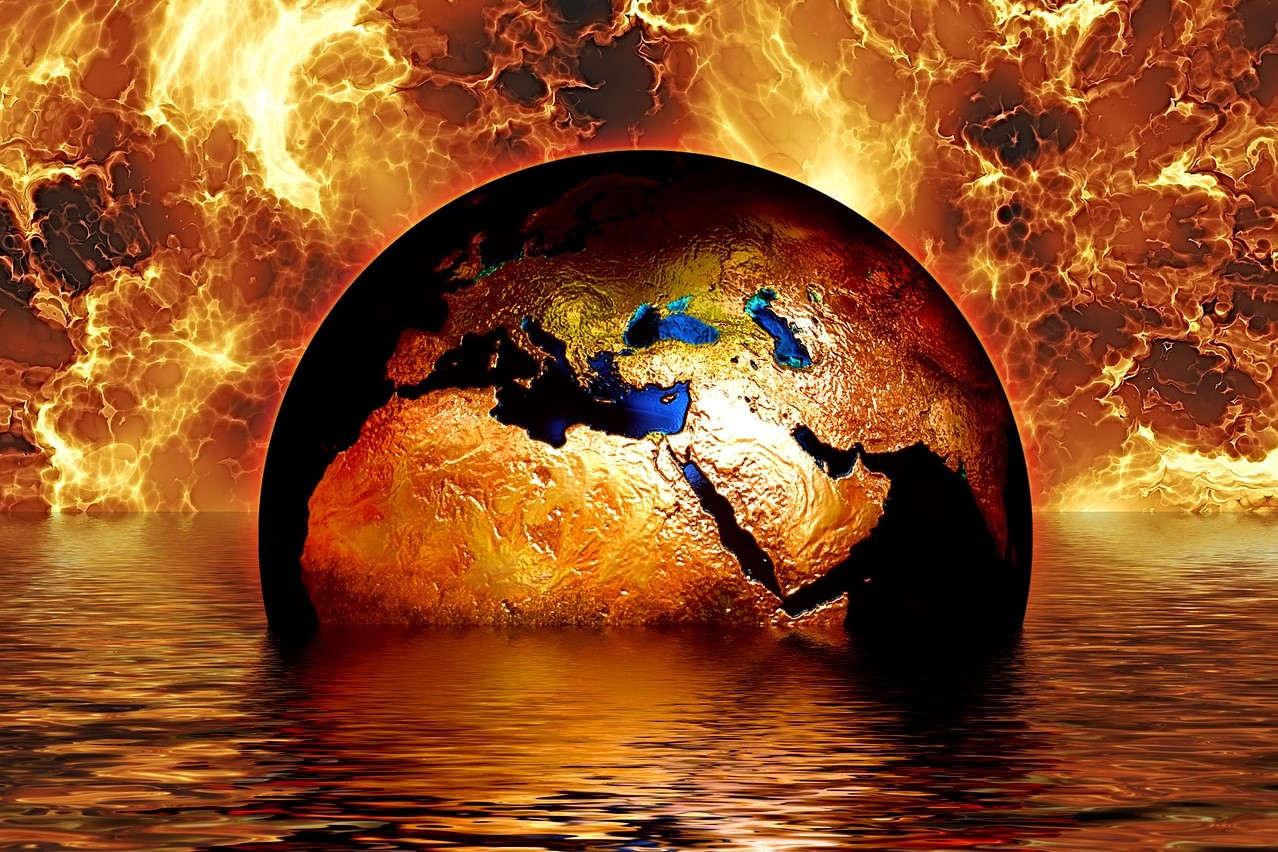 CO2, nuclear, plastic, pesticides threaten the survival of humanity. There is a link between these four scourges that could be controlled. Proposals for the environmental transition: two avenues for reflection.

The four immense threats to humanity today should be linked to each other with a level of severity never seen before. Especially since it must be understood that the fight against these very real dangers constitutes at the same time a gigantic source of jobs and all kinds of economic initiatives for decades to come.
I can reassure you that these threats are not the only ones. One could mention, for example: the very rapid loss of biodiversity. Indeed, the experts are formal: human activity is promoting a mass extinction of species, comparable to the one that has affected dinosaurs. Climate change, intensive farming, overexploitation of resources, pollution and increasing deforestation are all contributing factors….
Other threats: the disastrous management of freshwater resources, exponential demography, the war of cultures closely linked to the arms trade, the collapse of the education of our young people, the expected explosion of economic, political and climate migration, none of which is carried out on a whim or for pleasure (the International Office on Migration gives the official figure of 244 million in 2018 and 400 million by 2050 and so on…

We have well exceeded 700 net tonnes of anthropogenic emissions per second worldwide. If 1 litre of CO2 weighs 2 grams, this represents more than 350,000 m3/s. The word “net” means that the 40% of the total emissions that nature absorbs in addition, due to these emissions, have been removed from the gross figure. That is, the more CO2 we emit, the more carbon nature absorbs (through plants, seas and oceans, limestone rocks, etc.), but to a certain extent that we have unfortunately far exceeded. Today, we emit more and more and nature absorbs less and less…
This 700-tonne figure is based on a calculation made from those of the US Department of Energy published on the website of the Carbon Dioxide Information and Analysis Centre (CDIAC). (1)
At the beginning of the Industrial Revolution, around 1850, there was 280 cm3/m3 of CO2 per m3 of atmosphere. We are talking about “Particles per million by volume” (PPMV), now we have exceeded 400…
This is because we are very quickly re-emitting fossil carbon into today’s atmosphere – for less than two hundred years – that has been absorbed by plants, including phytoplankton, for about 300 million years to produce the oil, coal and natural gas that we burn massively.
This carbon that we release accumulates in the atmosphere. In this reasoning, we only take into account the “ultra-long carbon cycle”, we talk about “fossil carbon” and it is this that is the problem. When burning vegetable oil, for example, the carbon that was fixed by the plant in the year before the harvest is released and will be re-captured by the plant to prepare for the next harvest. There is no increase in atmospheric carbon, this is called the “short carbon cycle”.

We see the spectacular collapse of the French system. We are the first relative users on a global scale, while we are very dependent on foreign countries for uranium, we do not know how to treat waste, we do not know how to dismantle old power plants, we no longer have the financial means to invest in improving or modernizing our system.
Our projects with foreign countries concerning the EPR have been broken for several years, including the problem of the reliability of the stainless steel tank and the welds… (2)
Another associated threat is generally ignored, but it is of primary importance, namely the seismic risk, particularly for Fessenheim: Basel, located nearby, was destroyed by an earthquake in the 14th century, and there have been recent seismic tremors nearby: in Switzerland, near Neuchâtel and France, in the Jura or in Mulhouse.

The installation and dismantling of a power plant is extremely CO2-intensive, gigantic emissions, but in between, during operation, a power plant is not emissive. They are there, so it would be better to use them as long as possible, but until when and what after? No one has the answer to that question. Nuclear power is a trap.
An extremely worrying point in this case is the lie and the constant underestimation of the display of risks by the administrative and political leaders of the nuclear file.

3 – The invasion of the planet by plastic

During a volunteer mission in Africa, on about 80 meters of beach, there were roughly 900 plastic objects and we see the plastic “continents” in the Pacific and Atlantic. These debris, agitated by the swell, constantly rub against each other and break up into fine particles. The most worrying thing is that scientists are seeing that this plastic is starting to enter our food chain without us knowing the consequences yet. On the other hand, we know that a large part of these plastics are not of food quality, they contain endocrine disruptors.
(See the UFC Que Choisir review of September 2018 No. 572 p. 50 and the article “State of plastic” on the page which reports 13 million tonnes per year, or 420 kg/second discharged into the seas and oceans.
This is all the more stupid as this energy (and fossil) material could be collected and recycled by energy recovery through the “ultra-short carbon cycle” mentioned below. We could imagine large ships equipped to do this collection, projects in this direction are underway, but not yet with the ultra-short carbon cycle.

They lead to more and more serious diseases and not only occupational diseases, everyone is affected, especially children.
What was a dream 50 years ago: living in the countryside with windows open to the fields has become a significant risk due to the repeated use of harmful chemical sprays that force you to close your windows. A real highlight!
In addition, in the long term, these junk food products seriously compromise agricultural productivity through an accumulated biocidal effect and soil depletion. In addition, the use of chemical fertilizers is highly emitting of greenhouse gases (in particular nitrous oxide (N2O), one gram of which is equivalent to nearly 400 grams of CO2 in terms of radiative effect).
Although it is sometimes criticised, the Burgundian report must be seen without fail.
Let us also think of the GMO risk!…..

What is extremely worrying today is that, because of the reaction of the West to this invasion, unscrupulous producers of fertilisers, pesticides and GMOs will fall back on developing countries, particularly in Africa and Brazil where the new dictator has just authorised 200 pesticides, many of which are banned in Europe.
In these countries of the South, they will enter like butter because of corruption. When we see the size of the new monster Bayer & ex-Monsanto, we understand that the proportions of the phenomenon will quickly become unmanageable and invade the entire planet in depth, while the work on biodiversity or that of the Burgundian spouses, show that we can – and should! – do without as much as possible and as quickly as possible to improve agricultural productivity. It is biodiversity that is at stake and let us remember that Man is part of biodiversity….

2 Important ! See the anomalies of the EPR stainless steel tank detected by the ASN:
and read, on the website of the National Assembly, the parliamentary report No. 4428 of 1 February 2017 of the Committee on Sustainable Development and Town and Country Planning on the issue of the dismantling of the power plants and Fessenheim.

Next article: A link between these four disasters