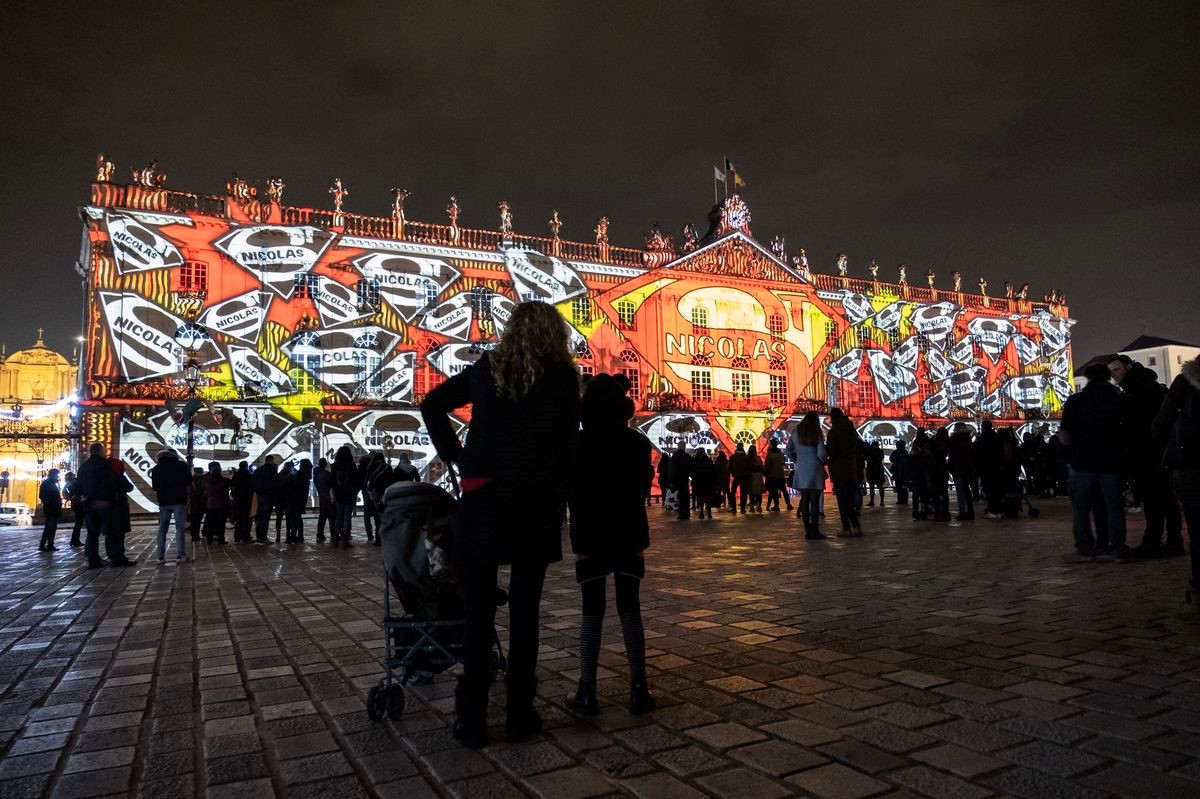 During the Feast of St. Nicholas, a friendly country is invited to come and share its culture. This year, it is Luxembourg, which in June 2019 included its own Saint-Nicolas celebrations in its Intangible Cultural Heritage.

In this context, Peter Lion, American director and producer, will present his documentary American St Nick, a story of a shocking episode in the history of Luxembourg, full of love and superheroes. It will be the:
Wednesday, December 4, 2019 at 8pm in the Grand salons of Nancy City Hall
Free admission subject to availability.
Screening followed by an exchange with the director.

Peter Lion told in a book, American St. Nick, published in 2015 the story of the two American GI’s who resurrected the legend of St. Nicholas in Wiltz during the Second World War. The author presents the documentary from his book.
Did you know that during the Second World War, two American GIs resurrected Saint Nicholas in Luxembourg in the small town of Wiltz, after four years of German occupation? The Nazi regime had forced the country to renounce its traditions, language, culture, festivals… So in 1944, when the 28th Infantry Division withdrew to Wiltz after intense fighting against the Werhmacht on the German border, Corporal Harry Stutz proposed to his friend Corporal Richard Brookins, 22, to dress as St. Nicholas, with a mitre and white beard, in order to bring a little hope into the eyes of the people of the city.
Thus, two angels by his side, the young soldier marched through the streets of the city in the back of a US Army Jeep, distributing chewing gum and chocolate rations to all the children… Since then, the American St. Nick has been honored each year in Wiltz – Luxembourg’s highest military honour was awarded to Richard Brookins in 2016.

This incredible gesture of pure selfless generosity, Peter Lion, American producer, director and author, seven-time Emmy Award winner, recounted it in a book, American St Nick, published in 2015. The story was told to him by one of his best friends: Richard Brookins’ son himself… His book was later adapted into a documentary by the WWII Foundation, with archival images and Richard Brookins’ return to Wiltz, seventy years later.

Note that the date of December 4 was not chosen by chance: we will also celebrate Saint Barbara, patron saint of fireworks, gunners and combat engineers… As a nod to this link between the Liberation, the American GI’s, and the American St. Nick.