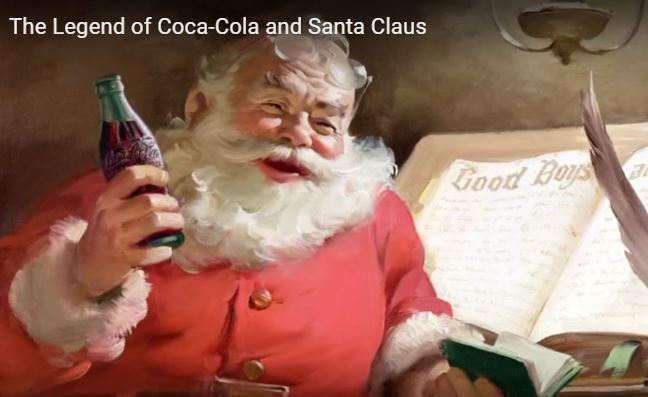 In his red and white suit in the colours of a famous soft drink brand, Santa Claus was officially born on December 6, 1809 in the United States. The story of a legend.

The legend of Saint Nicholas is probably as old as the bishop of Myre himself. It dates back to the very first centuries of our era. Santa Claus arrived in the United States at the same time as the first settlers.

A journalist, Washington Irving, published a New York story on December 6, 1809, in which he tells how the Dutch who founded New Amsterdam (which would become New York) arrived in a boat with St. Nicholas as its headman. He told the legend with some details from his imagination. His story was a huge popular success.

Washington Irving was the first to make an “official” description of Santa Claus because he claimed that Saint Nicholas was flying over the homes of New Englanders and distributing gifts through the chimney.

Two American artists, Thomas Nast and Clément Moore, helped to create the legend of Santa Claus in America, which was later revived in Europe and then around the world. Nast became Santa’s illustrator. He was the first to locate his home in the North Pole.

Clément Moore wrote “Christmas Eve” for his daughter Charity. This poem was published on 23 December 1823 in a small newspaper. It’s all there. Santa Claus, the hood, the gifts, the traneau and the eight reindeer. Each of them has a name: Dasher, Dancer, Prancer, Vixen, Comet, Cupid, Dunder and Blixen.

The image of Santa Claus was modified in 1931. That year, Coca-Cola was looking for a new idea for its Christmas advertising campaign. The Atlanta company asked a talented designer to redesign Santa Claus. Haddon Sundblom was inspired by Clément Moore’s poem and drew a jolly Santa Claus, with a bouncy stomach and a smiling face.

It is this image of Santa Claus that the whole world has since adopted.