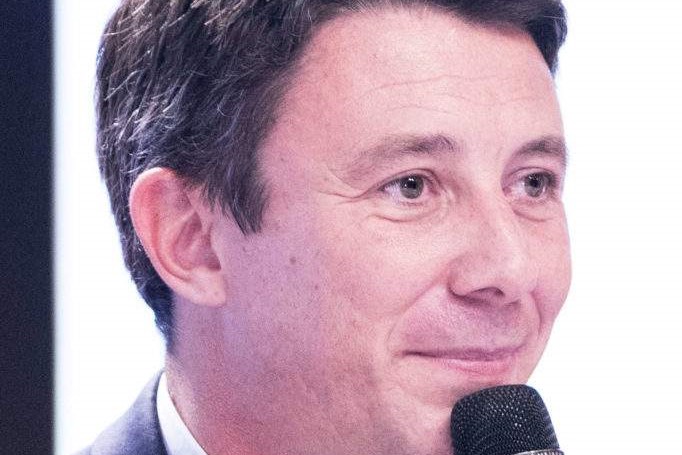 The recipient of the sex videos would be a 29-year-old woman from Metz. She would be the companion of Piotr Pavlenski. She was arrested like him in Paris.
The Paris Public Prosecutor’s Office opened an investigation after Benjamin Griveaux filed a complaint for “invasion of privacy” following the publication, on 13 February 2020, on a website, of a sexual video and “sexually connoted” messages that were widely relayed by social networks. Candidate of the Republic in March for mayor of Paris, Benjamin Griveaux preferred to withdraw from the competition to “protect his family”.
We know that very quickly Piotr Pavlenski, 35 years old, a Russian political refugee since 2017, demanded the publication of compromising images and messages. The latter, who calls himself an “artist” is known to have regularly challenged Vladimir Putin. He was also sentenced to several months in prison in France for setting fire to the door of a Bank of France building in October 2017. He is under investigation for violence committed on New Year’s Eve 2019 in Paris.
Piotr Pavlenski did not hide from the broadcasting of images concerning the LREM candidate at the Paris town hall. On the contrary, he explained in front of the television cameras that he wanted to “denounce the hypocrisy” of the politician and that he had this video of a person who had a consensual relationship with Benjamin Griveaux.

Piotr Pavlenski’s lawyer, Juan Branco*, author of a book entitled “Twilight”, a firebrand against Macronesia and candidate for France’s 2017 legislative elections, assures that his client performed “a political act”. He states: “Just as he had opposed Putin’s regime, he was ready to do anything to oppose Macron’s regime, which he considers equally repressive. »
The question remains as to how this strange individual obtained the video and the compromising messages from Benjamin Griveaux? The answer came this weekend when the Russian refugee was taken into police custody (first in the case of December 31, 2019) and then for “invasion of privacy” and “dissemination without the person’s consent of images of a sexual nature”, as was his companion, a 29-year-old woman from Metz, who was none other than the recipient of the videos.

Her name would be Alexandra, she is a law student in Paris. She would have recognized before the police to be the recipient of videos shot in 2018. According to several media outlets, Alexandra claims to have been living with Piotr Pavlenski since January 2019. In several photos published on social networks, she is seen in the company of her Russian friend but also the lawyer Juan Branco.
From there to imagining a conspiracy to trap the LREM candidate for mayor of Paris, this is a step that many media have taken.
It is now up to the police to unravel the skein of this strange mess. And it is up to the Republic on the Move to find a replacement for Benjamin Griveaux.
D.H. In the afternoon of this Sunday we learned that Agnès Buzyn, currently Minister of Health and Solidarity, had been appointed by LREM to go and conquer the Paris town hall.

*Juan Branco has been divested of the defence of Piotr Pavlenski by decision of the Paris Public Prosecutor’s Office.