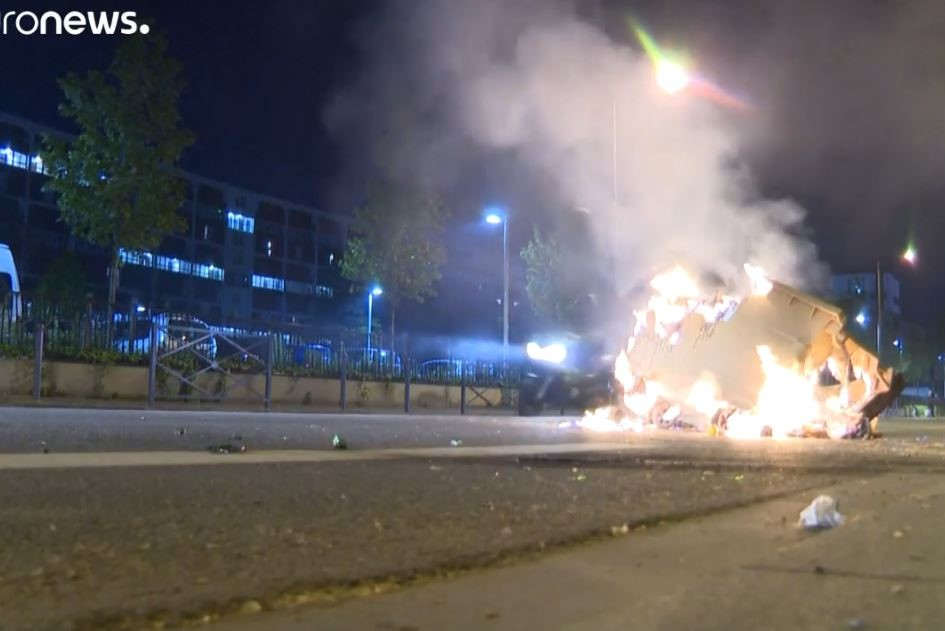 Warmed up in the suburbs (euronews catch)

Scenes of urban violence have been occurring since 18 April in several cities in the Paris region. Explanations with Me Gérald Pandelon, specialist in criminal cases.

There have been clashes between young people from the housing estates and the police every evening since 18 April, when a young motorcyclist was injured during an arrest in Villeneuve-la-Garenne. In Nanterre, Gennevillers and Aulnay-sous-Bois, skirmishes sometimes degenerate. The police were targeted by fireworks, a fire was started in a primary school. Tension is rising. Individuals have been arrested by the police.
Why this sudden rise in fever? Is containment unbearable for certain populations that have been confined for too long? Has the underground economy dried up because of the lack of narcotics? We asked a specialist in these questions, Mr. Gérald Pandelon, criminal lawyer at the Paris Court of Appeal, academic, author of several books including “L’aveu en matière pénale” and “La face cachée de la Justice” (Valensin editions).

“The usual game of cat and mouse.”

Lawyer Gérald Pandelon, a specialist in serious crime, is a connoisseur of the tensions in the housing estates.

-What is true is that the health crisis has led to a drop in activity, i.e. the flow of drug consumption. But not totally as regards the supply of trafficking. It is indeed a little more difficult than before, but some people who run the networks continue to obtain their supplies from abroad, in Morocco in particular. They are able to transport products by car via Spain without too many problems. Trafficking has declined due to a lack of customers but not at all due to a lack of drugs. The dealers have a lot of stocks.

–So the incidents that we know of here and there like in Villeneuve-la-Garenne have nothing to do with it?

-It’s a bit of a smokescreen. Of course, there’s the containment, which is hard for the people living in the cities to bear. That is undeniable. But there are some who intend to take advantage of this crisis to obtain from their lawyers, for example, requests for the release of their loved ones in the name of this crisis, which is sometimes legitimate.
The current excesses are part of the classic and usual game of “cat and mouse”. With this permanent anti-cop sentiment. The suburbs are moving, it’s true. But I don’t think it will go any further.
The residents know that the police will never get into the heart of the city, where the real organizers of trafficking are. (Editor’s note: The police prefecture has just asked its officials “to avoid any contact with the troublemakers” during their interventions).

-Then why the tension?

-The fireworks mortars fired at the police in Villeneuve-la-Garenne are more of a symbol. It frightens the rest of the population and it’s a way of provoking: if you want a show, you’re going to get one. But that will never happen. Because, deep down, what is the point of going back to the cities? There is no point. On the contrary, for the politicians it would be like shooting themselves in the foot. It would, among other things, displace delinquency in the city centres, which would increase the damage to property and people, which would also be catastrophic for local political actors who would lose the elections because of the increased increase in this new delinquency, which is powerless to control and control.
Because there are more and more interests and a lot of money in circulation. There are gangs that want a bigger piece of the pie. The incidents are like a smokescreen. To hide what’s going on behind it: a constant reorganization of traffic and gangs. The problem is that there are income disparities within a city or between two cities. If we take the example of La Castellane in Marseilles, I know two very interesting towers. They face each other. The first is run by a clan that sells for 25,000 euros a day. In the other tower, 500 metres away, another clan makes 50,000 a day. What do you think is going to happen? They’re going to fight for some to get back part of the market, others to keep it. Behind the incidents there’s a settling of scores. Because there’s always one who ends up not respecting the accepted territorial limits. The more assassinations there are in the city, the more it proves that the traffic works perfectly well in the cities.

-We could very well imagine sending the Armed Forces, the GIGN, the Raid whatever we want. We do it from time to time to make a media coup. And then it falls back.
Let’s imagine that a Minister of the Interior slaps his fist on the table and decides to do it, to invest cities and suppress by force trafficking and smugglers. Would he be sure to succeed? If the police came in, they wouldn’t necessarily have the upper hand.
Today in the cities, a young person, from 14 or 15 years old, knows how to handle a Glock, a 357 magnum without any problem. We use 4th category rubber bullet weapons from the age of 11. These kids have no moral limits assigned to them. Left to their own devices, uneducated, they have no limit to what they can do. They shoot without a problem. They live off the “chouf” of surveillance. They earn 200 euros a day, 6,000 euros a month in cash. If we take that away from them: they kill without a conscience. The police act within the framework of the penal code and can’t intervene in any way. They are armed to the teeth, the cars are already ready to run away in case there is real trouble.
The “godfathers” of the cities are aware of this, and they also know that politicians need them to “pacify” the situation.

-Outside of the health crisis, narco-banditism in cities has never been better, whether in Paris, Toulouse or Marseilles. Why is that? Because, on the one hand, politicians have decided to buy social peace. Whether they are on the left or the right, they know full well that nothing can be done anymore. No politician has an interest in this. This means that politicians, whether they like it or not, implicitly protect all this trafficking. Their motto: “it is urgent to do nothing”.

-Is there a risk that violence will spread in big cities?

-Ultimately, if we decided to legalize cannabis. As soon as the consumer can get his supply of cannabis, the traffickers’ income will dry up. They will then need to compensate for their loss of income and will turn to other forms of delinquency. Bank card theft, money laundering. But then they will move on to much more lucrative activities such as robberies or kidnapping.
The crime will then mutate. Everyday life is likely to become a living hell.