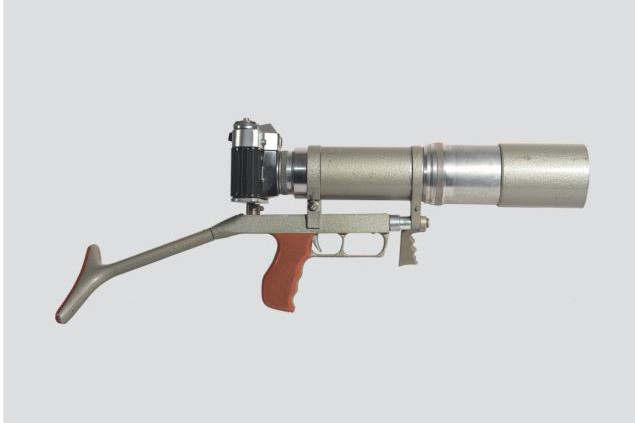 It is an exceptional collection without equivalent in Europe of nearly 2,000 pieces exhibited for the first time in France. These often unique objects from the Soviet secret services belong to a private collection.

The exhibition entitled “The Invisibles of the Cold War: KGB and Stasi” at the Galerie Dauphine (inside the Dauphine Market in Saint-Ouen) focuses on the materials and techniques used by the Soviet (KGB) and East German (Stasi) secret services during the Cold War (1947-1991).
Various clandestine equipment from the Eastern bloc is presented to the French public for the first time and allows a projection of visitors during the dark days of the Iron Curtain. Visitors will thus be able to contemplate the oldest known model of the Soviet “Enigma” (“Fialka”) electromechanical encryption machine, the various types of radio wave transceivers used by KGB and/or GRU secret agents (on espionage missions in the field), clandestine tape recorders, movie cameras and cameras specifically developed for use by special services.
But also exceptional uniforms, decorations, documents and relics from this dark period of recent history are also on display for a “total” immersion of visitors in the secret world of the “invisible”.