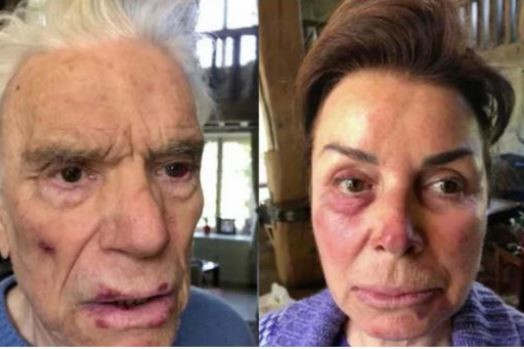 The businessman and former minister Bernard Tapie and his wife Dominique were badly beaten during a burglary of their home in Combs-la-Ville (Seine et Marne) in the night of Saturday 3 to Sunday, April 4, 2021. Invited to CNews, their son, Laurent, indicates that the burglars seemed well informed.

The couple Bernard and Dominique Tapie were victims of a violent attack at their home on Saturday night. Around midnight, four criminals who seemed to be well informed broke into the house in Combs-la-Ville (Seine et Marne). Hooded, gloved, dressed in black suits, armed with torches, the four individuals woke up the couple without care, they tied him up with electric cable and hit him with batons. The thugs left, taking the jewelry with them.
Businessman Bernard Tapie, 78, who suffers from stomach cancer, is a man weakened by the disease. His wife was the first to free herself from his bonds and to give the alarm to a neighbor.
According to Laurent Tapie, one of the children of the couple interviewed on CNews said that the burglars seemed to be well informed. “They were very organized and knew where they were going,” he said. “They did not arrive there unexpectedly”.